This unit is based on the genetic formation of Acanthocephalans

Acanthocephala (Greek ἄκανθος, akanthos, thorn + κεφαλή, kephale, head) is a phylum of parasitic worms known asacanthocephales, thorny-headed worms, or spiny-headed worms, characterized by the presence of an evertableproboscis, armed with spines, which it uses to pierce and hold the gut wall of its host. Acanthocephalans typically havecomplex life cycles, involving a number of hosts, including invertebrates, fishes, amphibians, birds, and mammals. 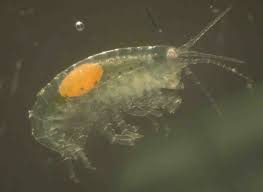 About  1150species have  been  described.The  most  common  acanthocephalan  include

Macracanthorhyncus sp, the parasite of pigs. 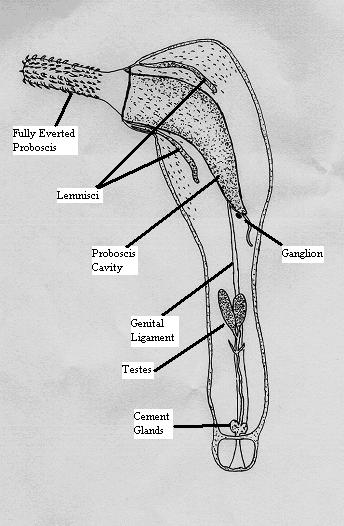 Acanthocephalans are highly adapted to a parasitic mode of life, and have lost many organs and structures through evolutionary processes. The size of the animals varies greatly, from forms a few millimetres in length to Gigantorhynchus gigas, which measures from 10 to 65 centimetres (3.9 to 26 in). The body surface of the acanthocephala is peculiar. Externally, the skin has a thin cuticle covering the epidermis, which consists of a syncytium with no cell walls. The syncytium is traversed by a series of branching tubules containing fluid and is controlled by a few wandering, amoeboid nuclei. Inside the syncytium is an irregular layer of circular muscle fibres, and within this again some rather scattered longitudinal fibres; there is no endothelium. In their micro-structure the muscular fibres resemble those of nematodes.

Members are characterized by a cylindrical invaginated proboscis bearing rows of spines, hence the common name ‘spiny-headed worms’. These spines are used for attachment to hosts. Members are endoparasites of vertebrates, especially fish, birds and mammals. 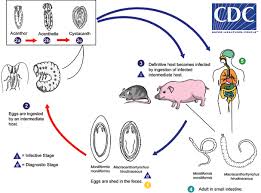 Sexes are separate in acanthocephalans, with immature stages developing in invertebrates such as crustaceans and/or insects. Fully developed embryos are retained within the shell, egested with host faeces and remain unshelled until uptake by intermediate host. Acanthocephalans have complex life cycles, involving a number of hosts, for both developmental and resting stages. Complete life cycles have been worked out for only 25 species.

They are generally intestinal parasites, especially the duodenal arm of the small intestine. The nutritional requirement of these organisms, as well as release of metabolic wastes into host system severely impairs host, manifesting in clinical symptoms such as emaciation, anaemia and stunted growth and development.