MPA: CHARACTERISTICS AND COMPONENTS OF MAPS

This unit is based on the componets of a map

Characteristics of a Map

A typical map has the following characteristics:

It is represented to scale. Every map is a reduced version of some aspect(s) of reality (i.e. things that actually exist on Earth). Hence, every good map must have a scale which shows by how much reality has been reduced. (The concept of scale is discussed in Unit 3 of Module 2).

It is symbolised. Graphic symbols are used to draw a map; each symbol represents a particular category of geographical feature.

(The concept of map symbols is discussed in Unit 2 of Module 2).

Maps may contain a variety of elements or components. However, all maps have some common components, which are explained below.

Title – A map must have a title. The title of a map should tell the reader“what,” “where,” and possibly “when” about the map. What is the map all about? Where on Earth does the map relate to? What time period does the map cover?—e.g. 2006 population of Nigeria. 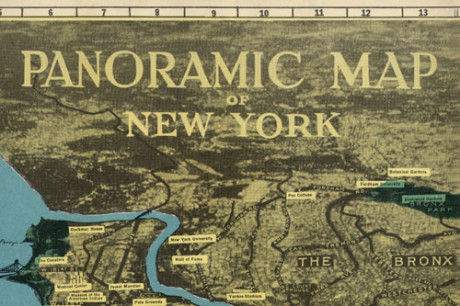 Orientation – By convention, cartographers (map makers) place North at the top of maps. If there is a deviation from that practice, the map should have a compass rose or some other symbol to help orient the user.

Scale – The map scale should be shown so that the reader can make judgments about distances. Graphic scales are an absolute must when dealing with maps as computer images or printing images from digital sources. Ratio and written scales are virtually meaningless in this medium. (The concept of scale is further discussed in Unit 3 of Module 2).

Legend – There must be a legend or key that explains the symbols used by the cartographer. The map legend shows the symbols on a map and gives their meaning. To visualise reality the map reader needs to be able to convert various shapes, colors, and textures into the phenomena they represent.

Grid – The map needs to have a coordinate system, in the form of parallels of latitude and meridians of longitude, so that the area can be placed in its proper geographical location on the globe. (See Unit 5, Module 3 for discussions on coordinate systems). 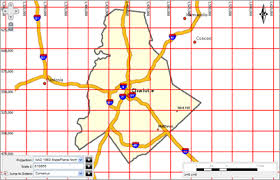 Author/Publisher – The author/publisher of a map should be indicated.

Knowing who created the map may offer hints as to the map’s bias or biases. Does this person or organisation have a vested interest in how the map is perceived by the map reader? For example, “town plats,” maps created by western promoters, were aimed at attracting prospective settlers. Often they were purely propaganda.

Place of Publication – The country or city where the map was published should be indicated.

Date – The date when the map was produced/published should be indicated. Knowing when the map was constructed helps to place the map in its chronological context. Does the map reflect true facts? For instance, post-1990 maps of Europe should show one Germany, not two.

Source – Indicate the source of the map. 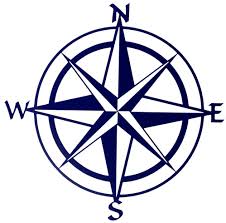 A compass rose tells the directions (which way) on a map using the cardinal points of North, South, East, West, and so on.

North is at the top of a map.

South is at the bottom of a map.

West is on the left side of a map.

East is on the right side of a map.