This unit is about the coastal geomorphology and its terminologies

A cliff is a raised piece of rock found along the coast formed as a result of ware erosion.

Is a raised piece of rock found along the coast formed as a result of ware erosion?

Is a strip of land gently sloping sea wards formed as a result of ware deposition?

Is the area between the high tide and the low tide?

Is the furthest point aware can reach on the land? It’s common when there are high tab rants on the sea.

Is the point where the waves can reach during calm condition on the sea?

Is the difference between the high tide and the low tide?

Is an oscillation of water caused by moving wind or waves are irregularities in the water surface water of the sea, lake etc.

These are ocean current moving from the land seaward.

These are ocean current which are blowing or moving from the sea of the land.

These are ocean current blowing almost parallel to the coast.

The diagram below shows the above terminologies 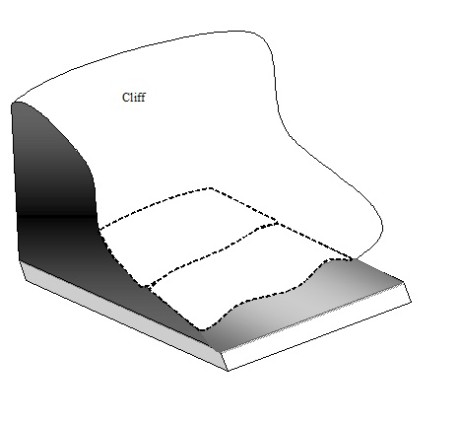 Waves have the ability to crude and deposit materials and this leads the formation of both erosional and depositional features.

When wares hit the land in most cases it results into erosion a situation which is known as a swash and when the waves move back to the sea its known as the back wash.

The swash and the backward effects make the long shore drift effect and this leads to the form of depositional features.

There are different forms of wave erosion and these include:

This is the chemical reaction between the water and the rock which most cases results into the breaking down of the rocks along the coast.

This is a process whereby the waves use the particles and pebbles within the water as tools to break the rocks along the coast.

This is a process whereby the strong waves hit the rock and push air through the existing cracks.

This is a process whereby the rock pebbles and boulders hit each other and break into smaller particles.

Amongst the feature produced we have the cliff wave cut platforms (cave, arch and stack) blow holes, Geos (inlets) e.t.c

A cliff is a raised piece of rock formed along the coast as a result of ware erosion.

A cliff is formed as a result of waves under cutting the rocks along the cost especially within the line of weakness or the soft rocks. The hard rocks remain standing in most cases and as a result a cliff will be formed.

There are two types of cliff and these are differentiated by the dipping of the rocks along the coast which is responsible for the form of a gentle cliff or a steep cliff.

When the rock is dipping land wards the cliff formed will be a gentle cliff and this is illustrated in the diagram below. 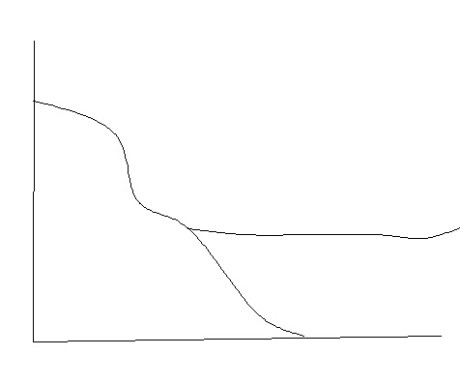 If the rocks are dipping sea wards, steep cliff will be formed as illustrated in the diagram below. 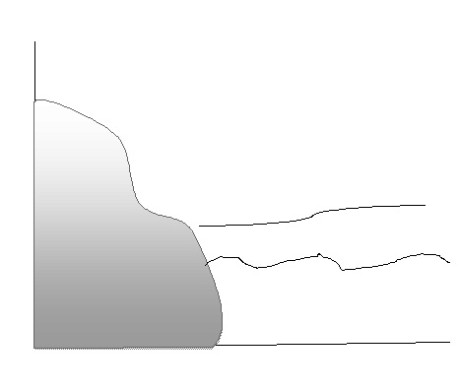 Through wave erosion along the coast. A series of features are formed and these are the caves ,arch  and the stack.

Through destructive waves a headland will be attached form all directions .Caves will be formed on either side of these head lands.

With continuous abrasion, attention and corrosion, caves will be formed and the headland will continue to be eroded until when the two caves meet they form a tunnel and the rock on top is what they call an arch. When an arch collapses their stack will be formed.

A stack is that piece of rock which will be cut off from the head land. If the stack is very big it will form an island .There are very many minor stacks on L.victoria especially around Kasenyi there are very many with in malindi areas in Kenya and maim. The diagram below shows the form of the above features. 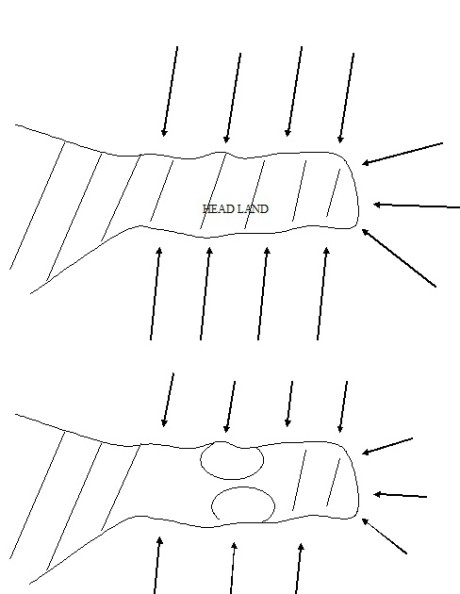 AMAP OF AFRICA SHOWING THE CONFIGERATION OF THE COAST 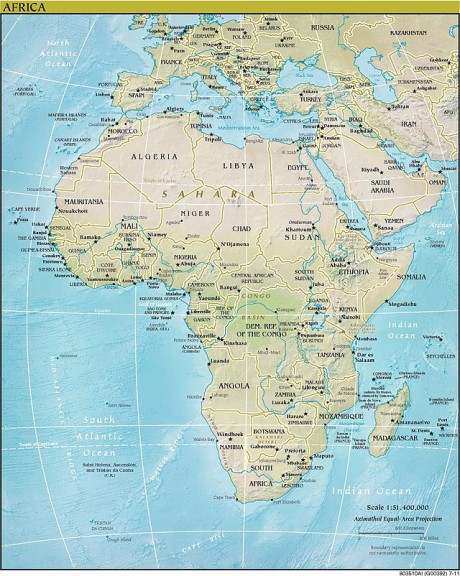 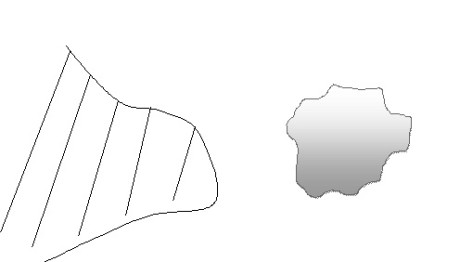 Is a place of rock fronting a cliff?

Aware cut platform is formed by destructive waves during the formation of cliff .When the waves hit the coastal rock they break the rock through Abrasion and Nivation.

When the bottom part of the coastal rock has been affected, the top part will collapse and the remaining open known as the wave cut platform will be formed. The diagram below shows aware cut platform. 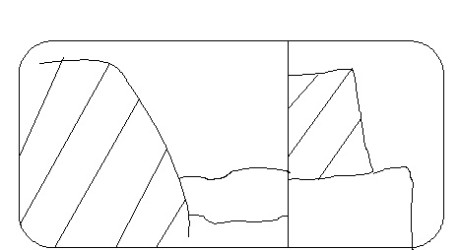 Blow holes are small holes found on top of the coastal rock and they are formed as a result of hydraulic action by the waves.

A long the coast there are initial cracks where air is forced through by the breaking waves by a process known as hydraulic .continuous hydraulic will result into the extension of the crack up to the surface forming a hole known as a blow hole.

There are very any blow holes near and around Vascodagama pillar in Malindi Kenya.

The diagram below shows the formation of a blow hole.

There are very many features formed as a result of deposition by waves and amongst these we have sand bag, sand spit, peaches, tombolos, lagoons deltas.

There are very many sand bar especially along the western coast of Africa .We have the small one along the Zanzibar area.

The big ones are found on the western coast of Africa .The combination is sand, shingle and gravel.

It’s a strip of sand formed in the same way as a sand bar but one end of the spit is attached on the coastland and the other and is terminating into the water.

If the depositional waves meet the spit at an oblique angle.

They will form a hook at the end of the part that is terminating into the sea forming a hooked spit.

If depositional continues the hook will meet the land again and form a lagoon. When a spit joins to an island it forms a tombolo.

They are sometimes used as means of transport. 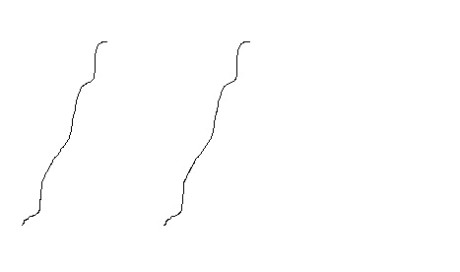