This unit is about the common markets or economic groupings.It covers the services they offer,problems they encounter and the reasons why they were formed. 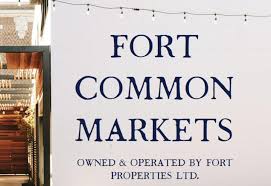 These are organizations formed by countries to promote common interest like trade.

What is a common market?

-It is an organization formed by countries to promote common interests like trade.

It was formed in 1967 by the president of East Africa by then.

The headquarters are at Arusha in Tanzania.

v) Health by the East African virus research at Entebbe.

The collapse of East African community.

Reasons for its collapse.

a) Political misunderstandings between Uganda and Tanzania.

b) Kenya was benefiting more than Uganda and Tanzania.

c) Each country wanted to develop on its own.

The revival of the East African Community

It was revived by the presidents of East Africa – 1996.

Reasons for reviving the E.A.C

– To promote peace and security in the region.

– To promote transport and communication in the region.

– To develop industries in E.Africa.

It was formed by the Western African countries in 1975 in Lagos.

Members of ECOWAS are;

-To promote free movement of people and service.

-To improve the standard of living among member states.

-Headquarters are in Lagos – Nigeria.

Member countries of COMESA include;

-To improve on transport and communication.

-To raise the standard of living.

-To create a common trade market.

– To reduce taxes on goods.

-To improve on the regional transport.

State the advantage of regional organizations to member countries

-They create a large market for the goods.

-They have a political co-operation.

-They use local currency trade instead of dollar.

-Economic differences. They are not on the same level of development.