English comprehension for Primary Six level. Reading excerpts and responding to questions about them to determine the level of understanding of said excerpt. 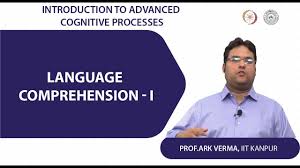 SAFETY ON THE ROAD.

Read the passage and answer questions about it in FULL sentences.

e:  Rewrite the sentences as instructed in brackets.

(a)  Read and pronounce the above vocabulary correctly.

(b)  Construct sentences using the above vocabulary.

e.g  There are many accidents at the traffic lights.

Complete the sentences below using the correct vocabulary from the above list.

Read the examples below.

Read the poem and answer the questions about it in full sentences.

From dawn to dusk,

In the city or village.

Pedestrians trek on the pavements,

As they pass by,

Trees appear as if they were running backwards,

Yet they are stationary.

And horns are used for communication,

The red light commands the driver to stop,

Orange lights alerts him to be ready,

While the green light tells him to move forward,

With an indicator, one can make a left or right turn,

Traffic officers help to keep law and order on the road,

Smartly dressed in their uniform,

They stand at the road junctions,

Because safety on the road is for all.

Give the plural form of the following

Use the correct form of the word in brackets.

Read the sentences below.

Study the pie-charts below and use them to answer the questions that follow in full sentences.

Use pie chart B to complete the above table.

e: Use the correct form of the word in bracket to complete the sentence.

(a)  Read and pronounce the vocabulary correctly.

(b)  Construct your own sentences using the words below

(c)  Use the correct form of the word in brackets.

Even though she had no point, she stood up.

Compare even though with although, though and but

Rewrite the following using even though…..)

Read the following passage carefully and answer in full sentences the questions that follow.

Every week, schools in Uganda hold debates.  These debates are base on different topics called motions.  The motion to be debated is however, chosen basing on the ability and level of the class.

At the beginning of the debate, the audience stood up and sang the National Anthem.  The chairperson, Hon. Migadde Hamuza introduced his cabinet and the speakers from propostion and opposition sides.

The chairperson warned the proposers and opposers against breaking the rules of a debate.  He also called upon the audience to participate by raising points like; point of inquiry, point information etc.

Among the people who attended the debate was Mr. Mugoya Pius, the head teacher, Kibimba Primary School.  In his speech, Mr. Mugoya thanked the teachers and pupils for being involved in debating.  ‘I am going to buy a bull for the winners and a goat besides a dictionary for the losers.” Said the headmaster.

During  the debate, the secretary  recorded the points raised by both the proposers and opposers.  The speakers argued strongly for and against the motion.

In the end, Dr. Albert Cook House won the debate and took a bull.

In groups of two or three, discuss the importance of debates to children.

Study the notice below and answer the questions about it in full sentences.

MOTION: “A NUCLEAR FAMILY IS BETTER THAN AN EXTENDED FAMILY”

-Construct oral sentences and give meanings of the new words.

Read the poem and answer the questions that follow in FULL sentences.

Sample price of items in the three stalls.

Rewrite the sentences giving the opposites of the underlined words