This unit derives details on different aspects of a map

We can identify locations as precise points on the Earth’s surface by using a grid system of latitude and longitude. The method of giving a north and south direction (latitude) and an east and west direction (longitude) is used through the world. Latitude and longitude uses a coordinate system of intersecting lines that measures distances in degrees. This system helps us in measuring distances and finding directions or bearings between and among places on the Earth’s surface. The starting point is the prime meridian, which represents 0º longitude. The exact opposite position at 180º is called the International Date Line, which is where the date actually changes. 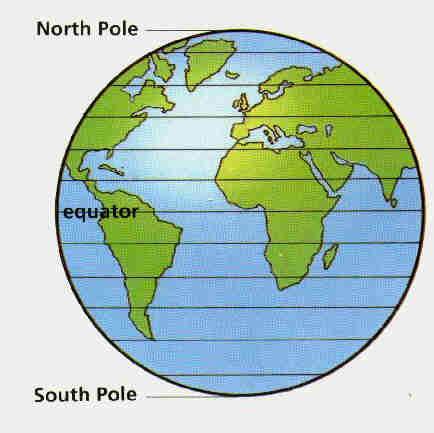 Latitude lines are parallel; they run east and west around the earth’s surface and measure distances north and south from the Equator (Figure 5.0). The parallels of latitude become increasingly shorter closer to the poles. On the globe the 60th parallel is only one half of that at the equator. 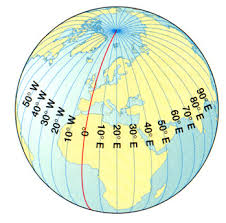 Longitude lines (Figure 5.1) run north and south around the earth’s surface; they intersect at the poles, and measure distance east and west from the Prime Meridian. Meridians of longitude are arbitrary but conventional lines and together with the parallels based upon the naturally given equator, constitute the globe grid. Since the meridians converge at the poles, the difference between the degrees of longitude becomes shorter as one moves away from the equator.

The rectangular or plane coordinate system (also known as the grid reference system) is made up of square grids that are numbered . The grid lines help us to pinpoint an exact location anywhere on the map by giving a unique number known as a grid reference. In other words, the grid references help us to find the accurate positions or locations of places on a map. The vertical lines are called eastings, since they increase in value as you travel east on the map. The horizontal lines are called northings, since they increase in value as you travel north on the map.

We have the four-figure grid reference (e.g. 1326), six-figure grid reference (e.g. 137264), and so on. Grid references are easy to use in identifying the location of any place if you can remember that you always have to go along the corridor before you go up the stairs. In other words, to find the grid reference number of a place first use the eastings to go along the corridor until you come to the bottom left-hand corner of the square you want. Write this two-figure number down. Then use the northing to go up the stairs until you find the same corner. Put this two-figure number after your first one and you now have the four-figure grid reference. The easting is usually read before the northing. For instance, in Figure 5.2 the grid number for location A is 1126; that of location B is 125270, location C is 135295 while location D is 142297. 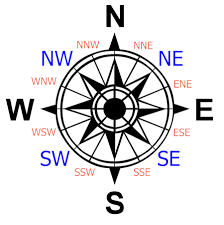 Bearings are directions measured in angles. They are very useful in more accurately determining the relative locations of places. Bearings are usually measured in degrees (0o – 360o) in a clockwise direction from the true north