CRE1: How people can use their talents together 1 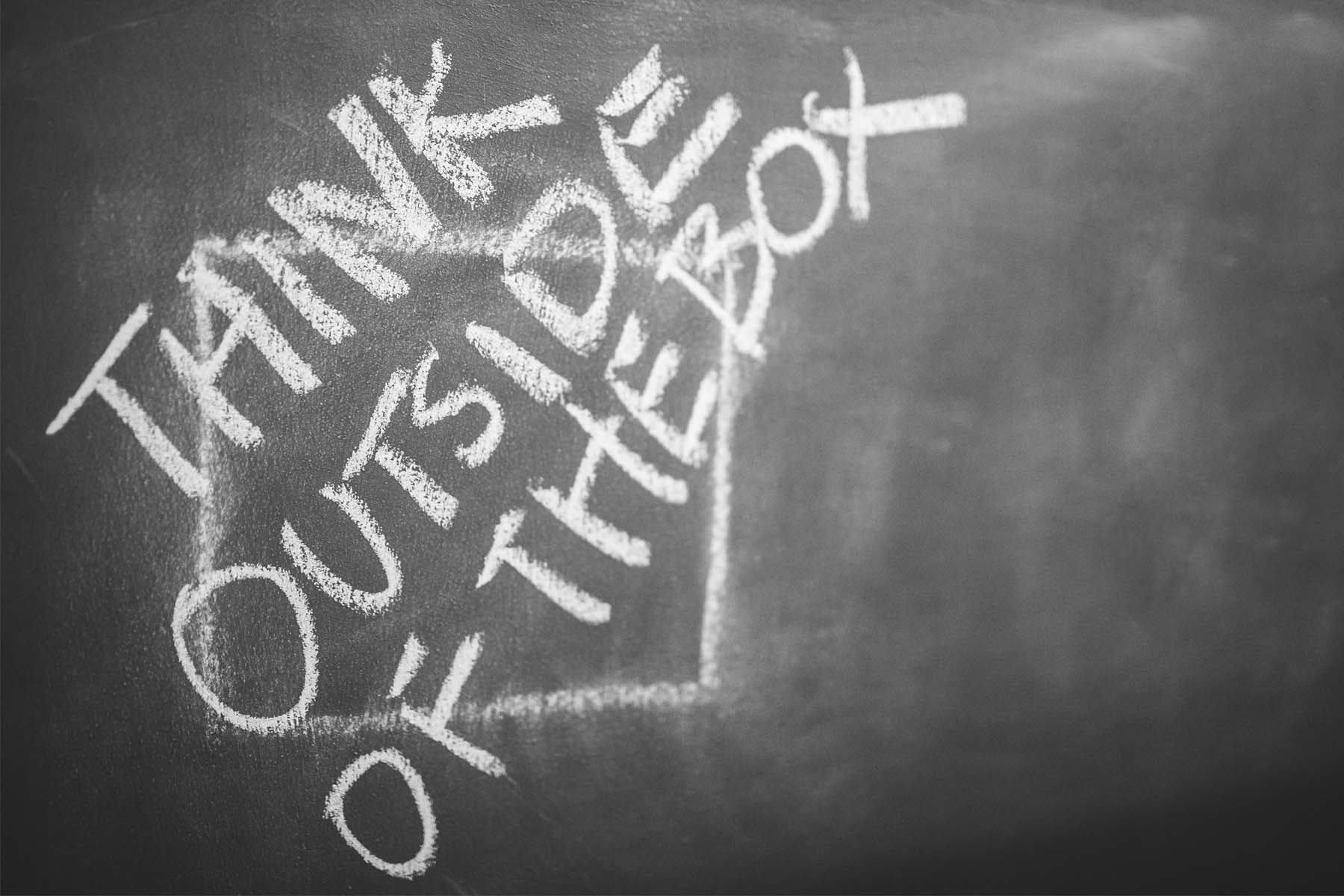 How people can use their talents together

There are plenty of ways you can help people in need using the skills and talents you’ve already developed with no cash involved.  Our gifts or talents are purposely created not just for ourselves but to help those around us. We benefit from other people’s talents.

Although these processes are universal, they differ from each other. Co-operation is a process of working together for common rewards whereas Competition is a process in which individuals or groups struggle for some goal or end using the same resources.

Cooperation is one of the most widely taught skills. At an early age, we are taught “united we stand, divided we fall.” Cooperation means to work together to achieve a common goal. In the workplace this means a healthy environment in which employees work side by side to achieve both personal and organizational objectives. They must work with others, instead of against each other, to be productive.

Co-operation  becomes harder where the nature of work is competitive. If cooperation is not instilled in such a system, a few individuals may flourish with time but the organization as a whole will suffer. It is thus imperative to make sure that the competition is healthy and active.

Aristotle defined man to be a social animal by nature. He cannot survive without working with others toward a common aim. The prime reason to cooperate in a working environment is to achieve teamwork. Achieving this is only possible when the management allows members to work their best at their own level. Taking time to understanding the their behavior toward their reporting line helps create this synergy in an area.

A win-win attitude should be encouraged in organizations. Employees/students/members who cooperate with others and strive for mutual accomplishment should be encouraged because a win-win attitude leads to a favorable result for all involved parties and subsequently leads to organizational growth. Teamwork helps with conflict management and ensures that none of the employees holds grudges against another. This is a concept encouraged by progressive program trainers around the world. Author Ralph Charell said it is through cooperation, rather than conflict, that your greatest successes will be derived.

In “Building a High Morale Workplace,” Anne Bruce defines a working environment according to the morale its employees possess. A worker will only do as required of him and never exceed expectations in an organization where morale is low. Similarly, where a person’s morale is high they participate with fervor and produce results. Just putting together a team of efficient and qualified employees/members is not enough. An environment where employees trust, assist and support each other produces the best results.

Instilling cooperation cannot be accomplished overnight. The key is not to let go. The top management needs to keep boosting cooperation by talking about it to the employees and setting examples. Collaborative behavior should be encouraged. Making teams, assigning them projects and giving rewards based on cumulative performances can work wonders.

How Competition and cooperation can help in the development of talents

For many people, the prospect of outperforming peers and being victorious is the primary drive in life.

Competition is everywhere in our modern world: in school, at work, on the road, in the gym, and more.

By competing against and comparing ourselves with one another, we learn how to improve and earn success. 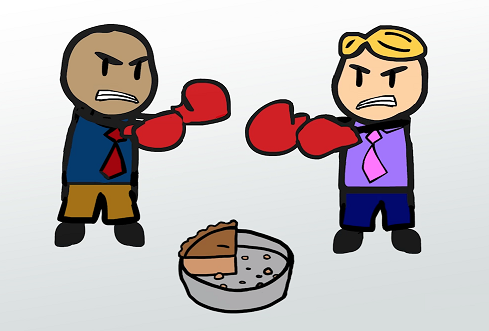 Competition in any form brings out the best in people and pushes them to excel. In schools, if used effectively, it can enhance learning significantly.

Certainly, competition in the classroom is quite healthy; it should, in fact, be encouraged. It allows students to extend themselves, to exploit their real capabilities and maximize their true potential. It is most productive when it occurs among students of similar abilities.

Competition is good in the sense that it discourages complacency and raises students’ consciousness of the value of good grades. As a result, the keener the competition, the higher the output among students. This is manifested not only in high individual averages, but in overall high class averages. It is, therefore, a very effective tool to keep your high achievers achieving.

Traditionally, schools have fostered competition among students by assigning positions at the end of the term/semester. Each student is assigned a position based on the average score obtained from an aggregate of tests and assignment scores. In fact, some schools give positions by subject as well as overall class position so a student may have come in the third position, but might have gained first place in Math.

Usually, the diligent student is concerned about the position that he/she acquires and no good student wants to move from a high position in the class, to a lower one. This keeps competition alive and well in the classroom. Students are able to match their abilities against that of their classmates and easily determine who their rivals are. In other words, they evaluate their own competencies and recognize who their competitors are.They can then decide how much effort they need to put into their work in order to remain at the top. Over time, they might also acknowledge that there are certain students whom they cannot match and to whom they must concede defeat.

Different Levels of Competition Within the Classroom

Competition can exist among different groups and at different levels in the same class.

Emerging research shows that competition is deleterious in many ways. 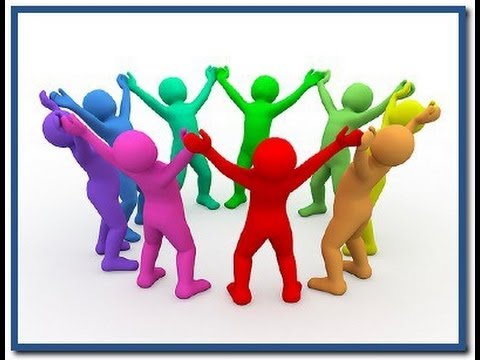 Education is filled with competition, from the inherent comparison of grades to the incidental playground games.

Traditionally, parents and teachers alike have believed that exposing children to harsh competition early on will prepare them for competition in adulthood. However, many researchers have found that encouraging cooperation in the classroom actually leads to greater, more lasting achievement among students.

Studies into cooperative learning have shown that working in small groups toward a common goal instructs children more appropriately for their roles in the business world, which is becoming increasingly team-oriented. Additionally, obligatory interaction with peers fosters the acquisition of invaluable social skills such as leadership, decision-making, trust-building, communication and more. Plus, exposure to various kids will help children gain open minds to background, skills, and appearance, which could help to end bullying.

Unfortunately, there are many enemies to using cooperative groups in the classroom who claim that ever-increasing class sizes — caused by low school budgets, pitifully few teachers, and other issues — prevent teachers from knowing their students and grouping them appropriately for effective learning.

Yet, cooperative learning is even more effective in financially ailing schools as teams of students require fewer resources than one-on-one education. The benefits to cooperation in schools seem endless, demonstrating that first and last place do not matter as long as everyone gains something from the race.

Capitalism, the basis of our American economy, is built upon a foundation of competition. 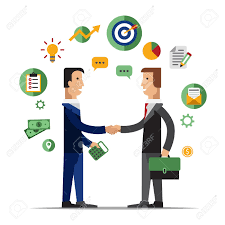 In truth, a little competition can be exceedingly positive for any industry, as evidenced by the reprehensible behavior and nearly unrestrained influence of late 19th century monopolies. However, being the first to do something doesn’t ensure a company’s success. For example, Alexander Graham Bell certainly wasn’t the first man to imagine the telephone; an Italian named Antonio Meucci actually patented the technology first, but Bell’s superior eye for business earned him the fame, glory, and ultimate market supremacy.

In business, it is more important to demonstrate strength over the long term than it is to be the earliest adopter — which is perhaps why the U.S. awards trademark to businesses who most closely associate with the assets rather than those who use or file first. Additionally, too much competition spells disaster within an industry, saturating the market and preventing economic benefits — and sometimes even causing an unexpected drop in values, as with the housing market bubble of our lifetime.

True cooperation can benefit businesses in a number of ways. Like children in the classroom, employees who work together are more likely to increase production and innovate, usually in ways more advanced than competition allows. However, more importantly, cooperation with fellow businesses and interaction with alternative business models is the only way to endure beyond the five-year mark. Thus, businesses looking for longevity should rethink the “survival of the fittest” mantra. 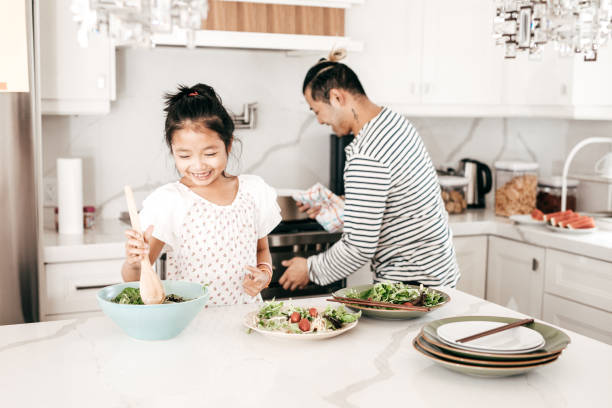 It can be enjoyable to have a partner who is challenging, who always pushes for success and strives for victory.

Having a constant competitor in your life can encourage you to reach your full potential — but more often, any relationship built on competition, including both romantic and platonic bonds, is doomed to fail.

In essence, competitive relationships are toxic and draining for both parties. Usually, competitors fail to praise others’ achievements, provide comfort during difficult periods, and be vulnerable to allow closer connection — all of which are indispensable for a lasting, healthy relationship.

People need honesty, support and tolerance, and competition provides none of these. In contrast, cooperation necessitates these qualities, which means it is vital at home and throughout one’s personal life. By working together, family and friends develop a network of stress release that better prepares everyone for stresses endured outside the home.

When it comes to love, cooperation can take various forms. At its most basic, having a cooperative relationship means working with rather than against one’s significant other.

For example, two partners may divvy up the house chores equally and finish them together — instead of refusing to complete any housework or struggling to complete more to gain superiority, as might happen in a competitive relationship. Cooperative lovers also eschew compromise, which usually leaves one or both parties unhappy despite an agreement.

By working to understand sentiments and reacting sincerely, partners can feel more emotionally connected to one another.