CRE2: Living in a changing society; The Bible 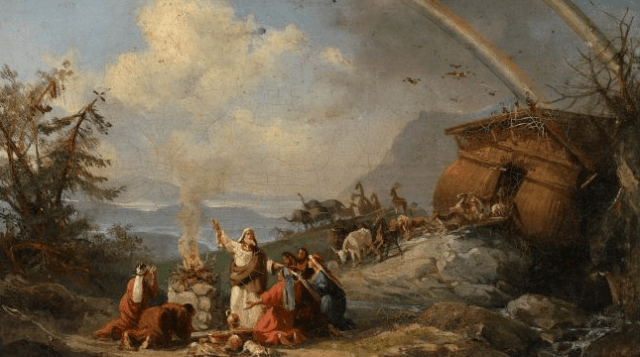 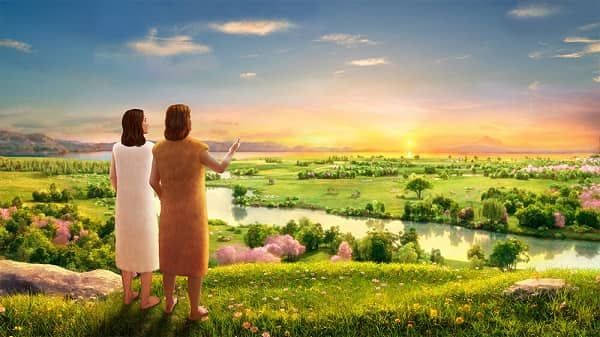 Be Fruitful and Multiply

“Be fruitful, and multiply; and replenish the earth”.  Gen 1:28.  In the future this may be translated “fill the universe!”  Note: God also blessed creatures in the sea and in the air and said, “Be fruitful and increase in number…” Gen 1:22.

Subdue means to overcome or control by persuasion or training.  Which involves research, study and experimentation.  Then the wisdom to apply the knowledge in a practical, loving manner.

“And Jehovah God took the man, and put him into the garden of Eden to dress it and to keep it.”

Although the Bible doesn’t say so, there is a good possibility that God sat down with Adam and Eve and recited the first and second chapters of Genesis over and over again so they knew it by heart—just like a child requests a parent to retell a bedtime story over and over again, until the child can recite it word for word.  Later these same children recited it to their children, grand children, etc. for generations.  Eventually the oral tradition was written down and passed on to us in printed form.  There is a lot of information packed into the first few chapters of Genesis!

Abram was 75 years old when God told him to move. Abram obeyed God and left for a land that God would show him. Abram had a lot of faith in God. Abram trusted God to lead him. He didn’t have a map or a compass, and he didn’t know where he was moving. Everything was unknown. Abram listened carefully to all of God’s directions. Abram’s life depended upon how well he listened to what God said. God led Abram to the land of Canaan. It was there that God made a promise to Abram.

Abram settled in Canaan, where God made a covenant (special agreement) with him. The covenant promised that Abram would have many descendants and Canaan would be their “everlasting possession” if they remained faithful to God (Genesis 17:4-8). As a symbol of His pledge, God changed Abram’s name to Abraham, which means father of many nations. God commanded Abraham and all males in his family to be circumcised as a symbol of this covenant.

God called Abram (before his name was changed to Abraham) out of paganism.

Abram is composed of two words Av and Ram and means “the father is lofty”. This is an exalted name, but it is haughty and not fitting for the patriarch of a new people. Abraham, on the other hand, contains the words Av and Hamon, which is a reference to the phrase “I have made you ancestor of a multitude of nations” (Gen. 17:5).

Abraham’s wife Sarai also had a name changed. Sarai’s name was changed to Sarah and for the same reason God changed Abram’s name. Sarai signifies “my princess,” as if her honor were confined to her own family, but Sarah signifies a “princess,” which means she is now a princess of many and not just those in her immediate family, so just as Abraham was now to be called the father of many nations, Sarah would be called a princess among many nations. God changed Sarai’s name due to her role in history. God changes names because names have meaning in the purposes and plans of God. 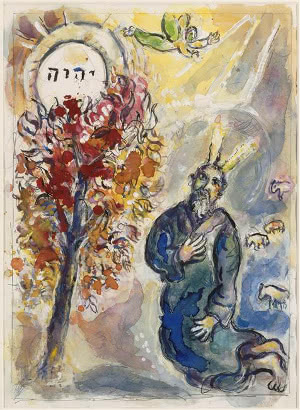 Moses grew up in Pharaoh’s palace and was instructed in all the knowledge of the Egyptians. But something happened that changed his life radically. To defend an Israelite, he killed an Egyptian and became an outlaw. Moses, refused to be called the son of Pharaoh’s daughter, choosing rather to share ill-treatment with the people of God, than to enjoy the fleeting pleasures of sin. He considered abuse suffered for the Christ greater wealth than the treasures of Egypt, for he looked to the reward.

Moses recognized that to take on himself the hatred and scorn suffered by the Israelites had infinitely more value than the material pleasures of Egypt that would lead to spiritual perdition.

Moses had to flee from Egypt to avoid falling into Pharaoh’s hands. And so he came to the land of Midian on the Sinai Peninsula. When Moses had settled down in his new country and could justly have imagined that his life would now carry on normally, God came out to meet him and revealed to him the mission for which he had been reserved since his birth.

Calling and the response of faith

. God, hearing the groaning of the children of Israel oppressed in Egypt, remembered his covenant with Abraham, with Isaac and with Jacob, and he chose Moses to free his people from slavery.

While Moseswas keeping the flock of . . . Jethro, priest of Midian . . . the Lord appeared to him in a flame of fire out of the midst of a burning bush that was not consumed. And Moses said, “I will turn aside and see this great sight, why the bush is not burnt.” When the Lord saw that he turned aside to see, God called to him out of the bush.

“Moses, Moses!” The repetition of his name emphasizes the importance of what is happening and bestows certainty about the call. Fear not, for I have redeemed you; I have called you by your name, you are mine.

In this process Moses experiences personally the power of God, who begins working through him some of the miracles Moses would later demonstrate to Pharaoh. In this way Moses realized that his limitations did not matter, because the Lord would not abandon him; he perceived that it would be the Lord who would liberate the people from Egypt. All he, Moses, had to do was to be a good instrument. In any calling to a true Christian life, God assures the person of his favor and shows his closeness: I shall be with you. These words are repeated to all those who have received a difficult mission for the sake of mankind.

And Moses called to Joshua and said to him in the sight of all Israel, Be strong, courageous, and firm, for you shall go with this people into the land which the Lord has sworn to their fathers to give them, and you shall cause them to possess it. 8 It is the Lord Who goes before you; He will [march] with you; He will not fail you or let you go or forsake you; [let there be no cowardice or flinching, but] fear not, neither become broken [in spirit – depressed, dismayed, and unnerved with alarm].
Deuteronomy 31:7-8. Joshua, not only had to face giants, but he also had to convince the Israelites to follow his leadership even as he followed God’s orders. The secret was in meditating in God’s word day and night and doing only what the Lord instructed him to do. God promised Joshua that if he implicitly obeyed Him, he would be successful in everything that he did.

Joshua had served as Moses’ aide since his youth. As his logical successor, Moses gave Joshua opportunities to develop his leadership skills.

Changes experienced by the Israelites

Miracle after miracle God performed, leading them straight out of slavery, away from the cruel hand of the Egyptians. He set them free. Free from oppression. Free from captivity. Free from bondage. And the adventure was just getting started.

The people of Israel spent 40 years in the desert. 40 years of wandering. 40 years of journeying towards the promised land that God had given them. That’s a very long time. The days must have been intense, hot, dry, I’m sure they got weary. But God met them where they were, he made sure they had what they needed. They learned through every hard and grueling step, how much they had to rely on Him.

Pharaoh did not allow them to follow Moses into the wilderness to worship the Lord and thus denied a measure of their religious freedom. But their oppression as workers in the Egyptian economic system is what really gets our attention. God hears the cry of his people and does something about it. But we must remember that the people of Israel do not groan because of work in general, but because of the harshness of their work. In response, God does not deliver them into a life of total rest, but a release from oppressive work.

The Decalogue as an instrument of change for the Israelites

The “Ten Commandments” (Exodus 20: 1-14), pronounced there by the Lord God to the assembled and recently liberated children of Israel, constitute the most famous teaching of the book of Exodus, perhaps of the entire Hebrew Bible. Prescribing proper conduct toward God and man, the Decalogue embodies the core principles of the Israelite way of life and, later, of what would become known as the Judeo-Christian ethic. Even in our increasingly secular age, its influence on the prevailing morality of the West is enormous, albeit not always acknowledged or welcomed.

One way of discussing the relevance of the Ten Commandments is to group them in three clusters of three, the fourth commandment being dealt with on its own.

There is within the human heart a desire to raise something between us and God to worship. Isaiah 44 pours scorn on the very idea that a man could cut down a cedar tree, carve an idol to worship, and then use the leftover bits to make a fire to warm himself and cook his meals. In verse 18 Isaiah says, “Their eyes are plastered over so they cannot see, and their minds closed so they cannot understand.”

But idols need not be made of wood or stone. If I choose to worship my own idea of what God is like, apart from His revelation in Scripture, then I am worshiping an idol of my own making, created not with tools, but with my own imagination. A popular view today is that there are many different concepts of God, all having validity. This is not what Jesus said. He makes the exclusive claim that He alone is the way to God (Jn. 14:6). There are no other ways to the one true God. By extension there are no other Gods either. He is unique, and His claims on our lives are paramount.

The third commandment of this cluster – taking the Lord’s name in vain or misusing it – refers to the Jewish practice of making oaths, not to using God’s name as a swear word. Sadly, the latter is all too frequent a characteristic of non-Christians today. It is painful for Christians to listen to God’s name, and especially that of Jesus Christ, used in this way. Situations where this happens should be avoided when possible..

God places the highest value upon human life and personal relationships, particularly within families. After all, He made us “in His own image” so that He could communicate with intelligent, worshiping beings, a relationship he could not enjoy with fish, birds and animals. God viewed the animal creation, and saw that it was “good”; but when he had made mankind, he passed judgment on all that He had made as “very good” (Gen. 1:31). God was delighted at His crowning achievement.

Paul says that “godliness with contentment is great gain” (1 Tim. 6:6), but he also admits that it is something he had to learn: “I have learned to be content whatever the circumstances” (Phil. 4:11). Contentment does not come naturally, even for Paul – it has to be learned. It is natural for us to envy others, to covet something they have that we don’t.

On a national scale, envy results in wars, as countries squabble over disputed territory, each seeking aggrandizement at the expense of the other. Individually, we can be greedy for money, popularity and power.