This unit is about the concept of work in the African Traditional Society. 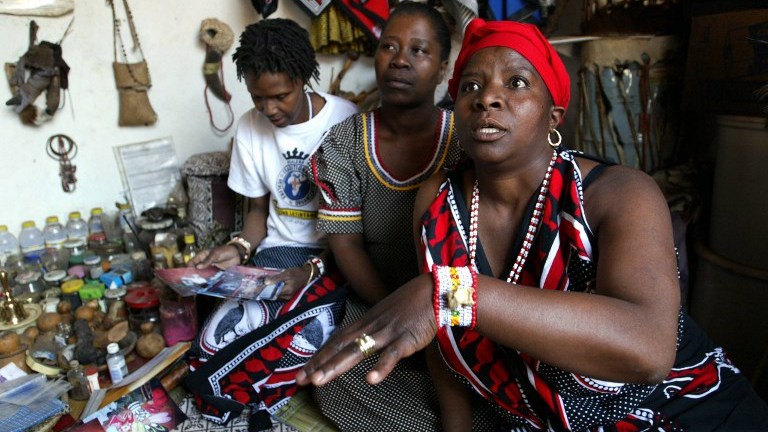 Understanding of work in the African Traditional Society 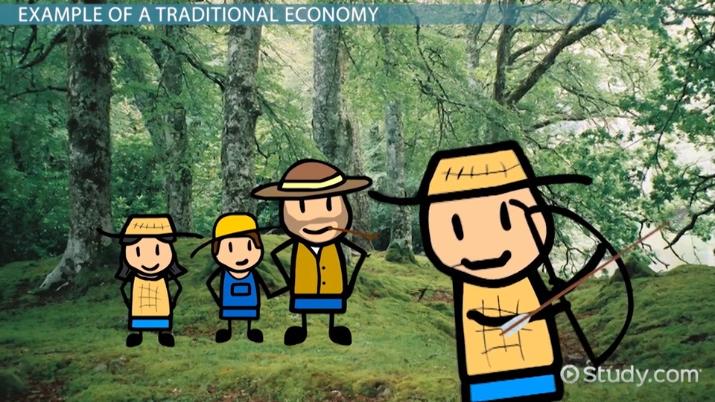 Work is held in high esteem in most cultures and traditions around the world. Economically, socially and spiritually, work is highly significant. It is one of the divine means of fulfilling man’s existence because the distinctive human capacity for self – expression and self realization is embedded in it.

This is the light in which traditional African views the concept of work and it forms the foundation for their
work ethics. A work ethic is “the attitude of a group or society towards work especially the attitude or belief that work is good for man and higher on society scale of values than play or leisure.

Such societies are marked by a lack of distinction between family and business, with the division of labor influenced primarily by age, gender, and status.

Hard Work
In traditional Africa, people work hard and laziness is never encouraged. Africans are mostly farmers and fishermen. But there were also specialists like medicine men, rain makers, kings and priests, drummers, potters, blacksmiths4
and other professions. Whatever the profession, it is basic that someone must engage in something. One of the earliest songs this writer learned as a child in elementary school is a Yoruba song which says:
Ise agbe nise ile wa
Eni kosise a ma jale
Iwe kiko, lai si oko, ati ada
Ko ipe ko ipe o
Meaning:
Farming is the profession of our land
Anyone who refuses to work will steal
Education without hoe or cutlass
Is not complete, no, not complete

By 6:00am depending on the lighting of the dawn, a typical farmer wakes up and does not return home until having done enough work. There is a Swahili saying, “Treat your guest for two days; on the third day give him a hoe.”
The guest is actually not supposed to have waited that long before he asks for one because a sense of shame
ought to have caught up with him as an idle guest.

Provision of Human Resources
Africans were known to possess large families in terms of multiple wives and many children. They believed possessing such a large family was often in an attempt to raise one’s social status and others see it as an expression of unrestrained sexual. But there are three interesting functions its serves:

First bearing of many children allows for adequate hands in farm and other work. So it is a way of making the family to prosper. Secondly it ensures that status and property are passed on from one generation to another and the family becomes extended in space and time.
Thirdly, it is a means of providing status and support for women especially in societies where marriage and child – bearing is the basic vocation for women. So the more the wife and children the better the man serves directly or indirectly as an employer of labour.

Esteem for Community Values
An African life emanates and subsists within the context of his or her community. John Pobee has suggested that the organization and communication of reality in traditional Africa is informed and gives expression to what he termed
“A West African equivalent of Descartes’ well known formula should be cognatus ergo sum, i.e, I am related by birth therefore I am. This means, people understand themselves on a fundamental level as being part of, and actually being depended on a network of relationships…”

The above has two implications for work ethics. First the community defines the rules and taboos guiding such things as war, farming, leadership, hunting and other work-related activities for the members of such community. The principle is that the common good takes precedence over the individual good.

Secondly, work becomes a social responsibility, not solely economic. Thus, no African works alone.
He works with others, shares and enjoys the fruits of works with others.”Respect for Elders Closely related to and emanating from the value placed on community is the respect Africans have for elders and ancestors. Actually one of the bases for the respect for elders is the fact that they are closer to the ancestors because sooner or later they will die and continue to live as one.

Ancestors among other roles are believed to be responsible for blessing of promotion and increment at work. The
African society also place value on the concept of hierarchy in work places which confers the role of discipline of those who transgress work codes on the leadership. This has implication for the public service because respect to a superior officer at work implies respect for ancestors.

A Place for Trade Unionism
Though this is an area that still needs further research, glimpses indicates that unionism is one of those machineries put in place in traditional Africa to ensure a good working condition. One popular union that serves as a good indicator for the existence of such back in the ancient times is the “Agbekoya Parapo” in the South
Western part of Nigeria. It means “union of farmers which reject suffering.” Though its history dates back to colonial days in Africa, it is on record that the association was “an heir to an indigenous system of work cooperatives akin to trade unionism” and it “drew on a tradition of occupational guild that had regulated working standard and policies for centuries in the region.”

So, long before the “Agbekoya Parapo,” Yoruba workers have been known to organize themselves into egbes (groups) for the purpose of protecting the interest of their members in situations that required a
collective action from all of them.Value for Rest Work in traditional Africa places value on rest. Among the Igbo of South Eastern Nigeria for example, there are four traditional working days in which everyone is to work through. They rest only on traditionally non – working days.
Even markets are scheduled to come up on some days while other days are meant for rest and other activities. Meanwhile the week-day system in most African traditional setting is not the modern seven-days as it is today.