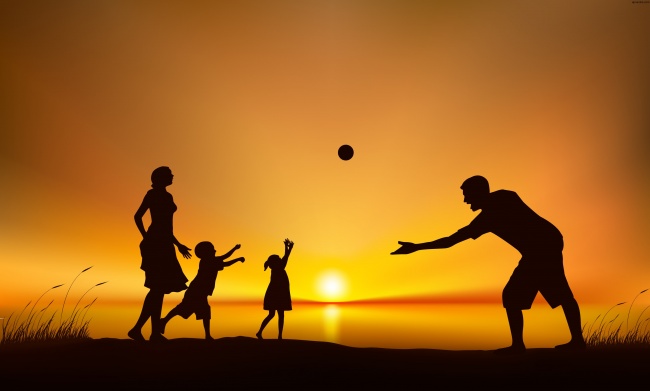 This is where an individual’s identity and membership are traced through his/her father’s lineage. In this system, property and status is inherited through the father’s line, and especially to the males.

CHARACTERISTICS OF THE PATRILINEAL FAMILY

1. Acquisition of family kinship and descent (origin) is through the father’s line. The children take on the father’s clan and lineage, not the mother’s.

2. The husband is the head of the family. He has the authority to drive the major family issues, especially the most sensitive ones.

3. The husband enjoys the loyalty of everyone in the family. It’s expected that everyone will obey, respect and stay committed to his orders.

4. He usually retains the authority to determine the size of the family, either through birth or adoption.

5. There’s is a tendency of males in patrilineal societies to marry younger women than them with simpler minds, to ensure total dominance.

6. The husband retains the power to choose if he wants to marry another wife with or without the first wife’s consent.

7. Most husbands in this system feel they have duty to discipline their wives including enforcing punishment as guidance.

8. The relationship between the father and sons deteriorates as they come of age because they are deemed potential rivals for status and property with him.

9. The husband undertakes to provide all basic and secondary needs of the family. This puts him in total control of everyone and everything.

10. The husband expects to the first beneficiary of all good things born by his wife and children Eg bride wealth.

11. Property and status is passed on to males, especially the first born son in the incident of death of the father.

12. All females are considered a weaker sex who only have to live by the mercy of males.

This is where an individual’s identity and membership are traced through his/her mother’s lineage. In this system, property and status is inherited through the mother’s line, and especially to the females.

CHARACTERISTICS OF THE MATRILINEAL FAMILY
1. There’s a balance of power between the husband and and wife. Decision making is an issue of both and most especially the wife.

2. Kinship and descent of the children are traced from the mother’s lineage and clan.

3. All family members hold considerable respect for the mother/wife. Issues affecting the family have to first be endorsed by her.

4. During settling of disputes, the wife is given equal or more opportunity to have her say heard.

5. The wife commands a more influential position economically. This is because property and wealth is inherited through her line.

6. The husband ensures caution in his behaviour. Wrongs done are apologized for and a fine could be paid so as to retain her favour.

7. The wife’s relatives have great influence in the wife’s family. They ensure the husband is not trying to behave as the superior.

8. Laws and customs prohibiting the mistreatment of the wife by the husband are strictly followed. Husbands have no permission to punish their wives
9. The wife strategically punishes her husband for wrongs done. This could include refusal to prepare food for him or denial of sex.

10. Some women in this system chose to marry younger men aiming at effective control over him.

11. The wife usually is educated and earns more than the husband and thus is the breadwinner of the family.

12. The wife determines the size of the family. She chooses the number of children and people to bear in the family either by birth or adoption.
.

While most people think of family as including children, there are couples who either cannot or choose not to have children. The childless family is sometimes the “forgotten family,” as it does not meet the traditional standards set by society. Childless families consist of a husband and wife living and working together. Many childless families take on the responsibility of pet ownership or have extensive contact with their nieces and nephews as a substitute for having their own children.

Over half of all marriages end in divorce, and many of these individuals choose to get remarried. This creates the step or blended family which involves two separate families merging into one new unit. It consists of a new husband and wife and their children from previous marriages or relationships. Step families are about as common as the nuclear family, although they tend to have more problems, such as adjustment periods and discipline issues. Step families need to learn to work together and also work with their exes to ensure these family units run smoothly.

Deciding how to discipline a child can be one of the hardest parts of being a parent. Ensuring that your children have manners and respect is extremely important. Many parents don’t know how to respond to negative behaviour. Do you punish or reprimand them? Determining which type of discipline is right for your family should be a personal choice based on your temperament, your child’s temperament, and your family’s discipline philosophies.

Open and honest communication is vital for healthy families. Without clear, effective communication, members of the family won’t feel heard. Your children should feel like they can talk to you about anything, and that you value their feelings, thoughts, and dreams. You should share your feelings with them too. Sometimes we assume that other people know our needs, feelings, and opinions without telling them. Your family can get through a lot if you have a strong communication system. Physical expressions, gestures, and even an affectionate look are all effective ways to communicate.

With the divorce rate higher than it’s ever been, many children will experience a divorce, live with a single parent, and become part of a blended family if one of their parents remarry. These family challenges can be distressing for all members of the family. In a blended family, you’ll have to do a lot of compromising, mesh parenting styles, and combine efforts to manage complex households. Things can be even more complicated if there are children on both sides. It’s important to make all the children feel important and included.

In today’s household, it’s common for both parents to work. This is good for your finances, but it can put a strain on your family life. With chores, schoolwork, extracurricular activities, and social events, it can be hard to find a healthy balance – but it’s not impossible. First, make sure you and the rest of your family share the load of the chores. Try to eat together as a family at least once a day, or set a date where you do something you all enjoy and make it a routine.

5.Materialism
Materialism holds that material goods and interests, the pleasures of the body and emotional experience, are the only or at least the main reason for humanexistence. The real evil of materialism is not the pursuit of things. It is, rather,seeing and treating other people as things and therefore putting things aheadof people.
6.Influence of the Mass media.
Pornography and its addiction b.Soap operas that give a wrong notion of marriage and married love
c.Internet; can access much on the web, both good and bad, Trivialization of sex which poisons the minds of young people,Distortion of the gift of motherhood.

Violence and abuse are among the most disconcerting of the challenges that today’s families face. Abuse can occur between spouses, between parent and child, as well as between other family members. The frequency of violence among families is a difficult to determine because many cases of spousal abuse and child abuse go unreported. In any case, studies have shown that abuse (reported or not) has a major impact on families and society as a whole. 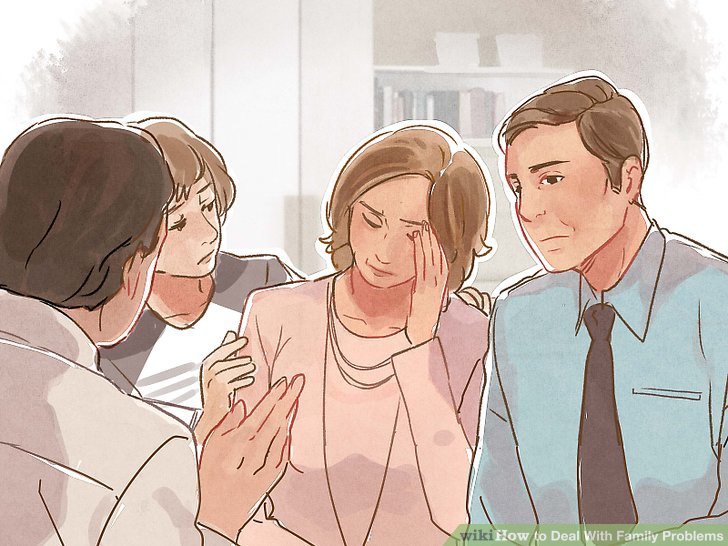 Domestic violence is a significant social problem in the United States. It is often characterized as violence between household or family members, specifically spouses. To include unmarried, cohabitating, and same-sex couples, family sociologists have created the term intimate partner violence (IPV). Women are the primary victims of intimate partner violence. It is estimated that one in four women has experienced some form of IPV in her lifetime (compared to one in seven men) (Catalano 2007). IPV may include physical violence, such as punching, kicking, or other methods of inflicting physical pain; sexual violence, such as rape or other forced sexual acts; threats and intimidation that imply either physical or sexual abuse; and emotional abuse, such as harming another’s sense of self-worth through words or controlling another’s behavior. IPV often starts as emotional abuse and then escalates to other forms or combinations of abuse (Centers for Disease Control 2012).

Thirty percent of women who are murdered are killed by their intimate partner. What does this statistic reveal about societal patterns and norms concerning intimate relationships and gender roles?

Children are among the most helpless victims of abuse. In 2010, there were more than 3.3 million reports of child abuse involving an estimated 5.9 million children (Child Help 2011). Three-fifths of child abuse reports are made by professionals, including teachers, law enforcement personal, and social services staff. The rest are made by anonymous sources, other relatives, parents, friends, and neighbors.

Child abuse may come in several forms, the most common being neglect (78.3 percent), followed by physical abuse (10.8 percent), sexual abuse (7.6 percent), psychological maltreatment (7.6 percent), and medical neglect (2.4 percent) (Child Help 2011). Some children suffer from a combination of these forms of abuse. The majority (81.2 percent) of perpetrators are parents; 6.2 percent are other relatives.

The experience of long-term poverty affects a child’s personality development, through a family stress process in which poverty is considered to be one of the major factors. This causes family dysfunction, stress among caregivers and inadequate parenting. Many factors contribute to family poverty including underemployment and unemployment. Some may ‘inherit’ poverty because of being born into a particular social group defined by race, class and location. Families who constitute the ‘working group’ may have one or both parents working at or near the minimum wage.