This unit describes marriage and the most common marriage types that exist.

Marriage is defined differently, and by different entities, based on cultural, religious, and personal factors.

Marriage, also called matrimony or wedlock, is a socially or ritually recognized union between two people, also called spouses, that establishes rights and obligations between them, as well as between them and any resulting biological or adopted children and affinity(in-laws and other family relations through marriage) 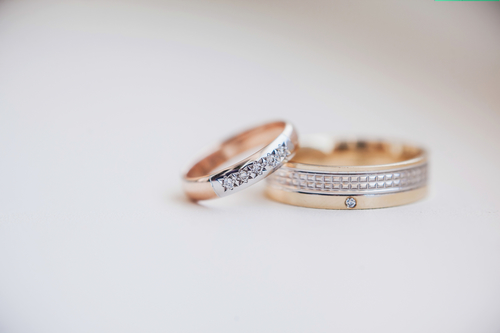 A commonly accepted and encompassing definition of marriage is the following: a formal union and social and legal contract between two individuals that unites their lives legally, economically, and emotionally.

The contractual marriage agreement usually implies that the couple has legal obligations to each other throughout their lives or until they decide to divorce.

Being married also gives legitimacy to sexual relations within the marriage. Traditionally, marriage is often viewed as having a key role in the preservation of morals and civilization.

The legally or formally recognized union of two people as partners in a personal relationship.

Marriage may have the following characteristics.

(1) Marriage is a universal social institution. It is found in almost all societies and at all stages of development.

(2) Marriage is a permanent bond between husband and wife. It is designed to fulfill the social, psychological, biological and religious aims.

(3) Marriage is a specific relationship between two individuals of opposite sex and based on mutual rights and obligations. The relationship is enduring.

(5) Marriage establishes a family. Family helps in providing facilities for the procreation and upbringing of children.

(8) Marriage regulates sex relationship according to prescribed customs and laws.

The institution of marriage exist in every society its universal institution. However, types of marriages differ from society to society.

There are four basic types of marriages which are as follow, polygamy, polyandry, monogamy and group marriage. 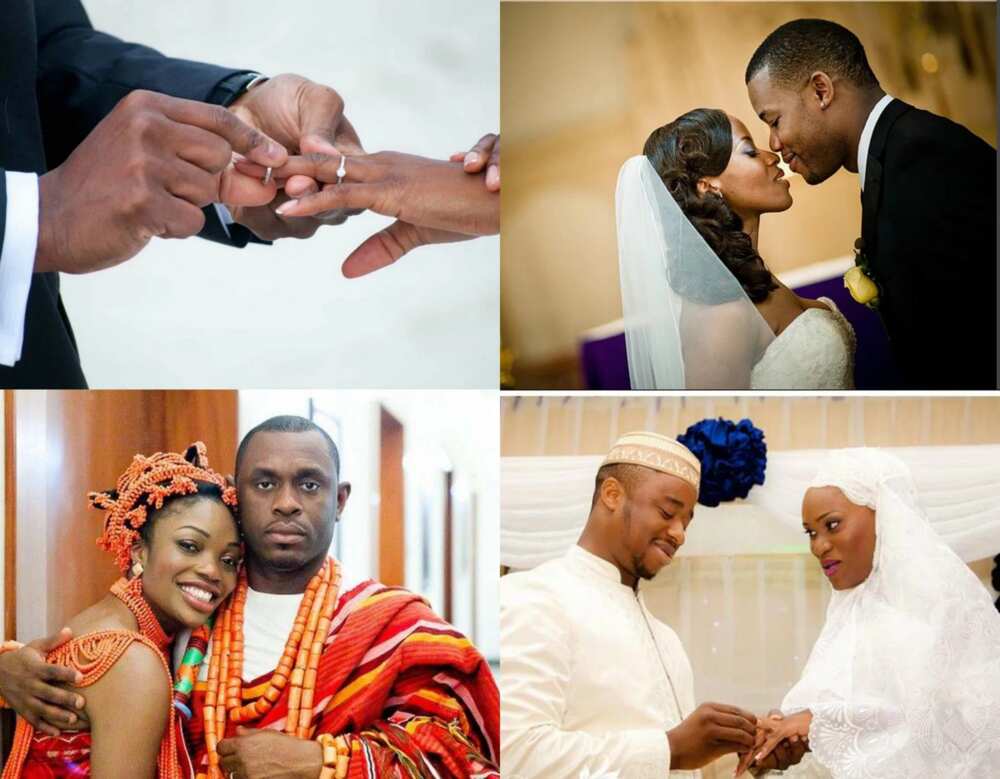 A church wedding is usually more spectacular and colorful than a civil wedding, as a rule, are held in churches or temples, either because of their age or the richness of the works inside, usually places of great beauty and value architecture. Of course, up to you to choose the place you like.

It can be referred to as a white wedding especially in the Christian context. This marriage is a divine union backed by the couple’s religious beliefs.

A very important point is the religious ideas of both the groom and the bride. If your family is Catholic (or other religion) you can count on the support of your loved ones, as they will be very happy that you choose this option. Otherwise, your families tend, I tried for this type of wedding.

Usually, these weddings are much more emotional if family and friends participate in readings that are performed during the link.

When a marriage is performed with religious content under the auspices of a religious institution it is a religious marriage.

Religious marriage recognizes and creates the rights and obligations intrinsic to matrimony before that religion.

Religious marriage is known variously as sacramental in Catholicism, nikah in Islam, nissuin in Judaism, and various other names in other faith traditions, each with their own constraints as to what constitutes, and who can enter into, a valid religious marriage.

When a marriage is performed and carried out by a government institution in accordance with the marriage laws of the jurisdiction, without religious content, it is a civil marriage.

Civil marriage recognizes and creates the rights and obligations intrinsic to matrimony before the state.

A “civil marriage” takes place in a church or in front of a magistrate. This one is also known as court wedding. During this wedding, the couple legitimizes their relationship under the marriage act of the country with a marriage certificate.

This type of marriage is obligatory because it ensures the security of each partner and their children.

Undoubtedly, the great advantage of civil weddings is that they are very flexible when it comes to customization and the meaning to the taste of the couple.

Another important point is the free choice of the place where the link is made. It is not obligatory to perform on the court itself, can choose anywhere provided you have legal validity.

If we celebrate the link in the same place where the banquet (many hotels, restaurants and venues facilitate it) will take place, we have the advantage of saving displacement and ensure guests attending the link because behind it will begin reception and subsequent banquet.

A customary marriage must be entered into in terms of tradition. This means that there must be no white wedding, only a traditional ceremony.
Customary marriage” is a marriage that takes place in terms of the customs of the community. Some people observe traditional customs and also get married in a church.
This is a common-law marriage. Basically, the payment of the bride price is an essential part of a valid customary law marriage in most countries.
Usually, the bride price can be some payment or gift, in money, brass rods, natural produce, cowries or anything the family prefers.
It is often given to the parent or guardian of the bride. In most societies, Customary marriages allow for a person to take more than one partner into the marriage.
It’s important to note all these polygamous marriages need to be customary marriages. The law is very clear that you’re not allowed to be in a customary marriage and a civil marriage at the same time with different people.
But as a couple, you can have both a customary and civil marriage, but this means none of you can enter into other customary marriages while you are married to each other under civil law.
So, if your husband wants to take a second wife, the law states that he must draw an agreement or contract which will outline what will happen to the property, how it will be divided among the wives and then he must apply to the court to approve the written contract.
The court has to make sure all the property interests of all the wives are protected.

The other type is traditional marriage. In this case, the groom brings everything that has been mentioned on the bridal list to legitimize his relationship with the lady.

He then comes with members of his family, friends, and other well-wishers. The bride’s family performs the traditional rites and officially gives the newlyweds their blessing.

Also, such things as the bride price, the bride list, and the wedding dates are usually discussed during the introduction.