CRE4: Man’s Quest for God in the African Traditional Society

This unit describes how people in the African Traditional Society sought God.

All Africans were deeply religious. They had great reverence for the spiritual realm that comprised God, gods, spirits, and ancestral spirits.

Often times, Africans are said to have been notoriously religious and this is because of the following.

1. They had a strong belief in God, the giver and sustainer of life, chief of all gods, and who was in total charge of everything.

2. Africans believed God was ever-present and everywhere and would communicate to him anytime anywhere without wait.

3. Special sacred places eg caves existed that were regarded as dwellings of spirits that were respected and only religious acts were allowed there.

4. They also had sacred objects that they would wear or walk or live with, such as herbs, drums etc which represented the spiritual realm and possessed spiritual power.

5. They had a firm belief in unending life, considering the dead not dead. That’s why rituals were carried out in their respect and their demands were honoured.

6. They had great respect for the spiritual power that ensured the continuation of life in society, ie birth and death. For this they revered God as a life sustainer.

7. They sought for all they needed from God. They would ask for such needs as wealth and when they got them would thank God for them.

8. Africans believed in getting blessings spiritually. For any undertaking to be successful, they would evoke blessings through rites, prayers etc to God.

9. They valued prayers that would take place at any time especially before activities such as house building, tilling etc.

10. Sacrifices of animals and food were made to call for divine intervention in issues that had gone beyond man’s ability.

11. They had great respect for shrines where religious rituals were conducted by religious specialists. Not everyone would enter them.

12. Religious leaders who provided spiritual guidance and knowledge eg medicine men, rainmakers, etc were given a lot of loyalty.

13. They believed in visitations where the spirits of the departed were believed to come back to bring blessings or to punish wrong-doers.

14. Thanksgiving to the spiritual realm was common. People would give part of their crop harvests and livestock to give thanks to God, gods and spirits.

Questions. 1. What proof is there to show that Africans knew God kind before the coming of Christian Missionaries? 2. Why is it wrong to brand pre-colonial Africans “Pagan”? 3. Give evidence to show that traditional Africans were notoriously religious.

1. They worshiped regularly from shrines, homes, sacred places etc to maintain but also renew their relationship with God.

2. Engaging in rites and rituals some of which were painful such as circumcision and body tattooing. 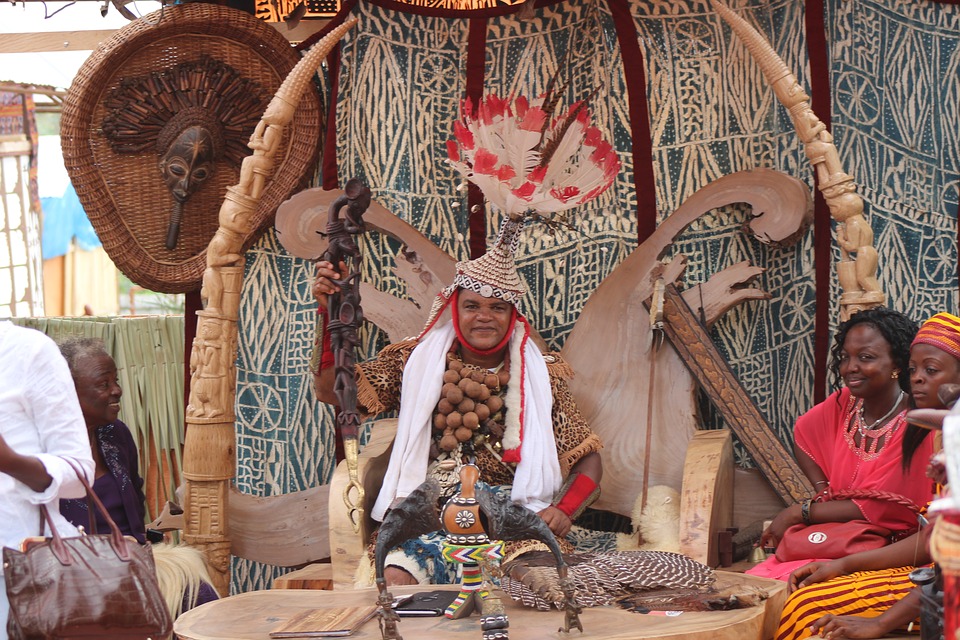 4. Erecting holy structures – shrines, around public places and homesteads for all rites, rituals and prayers to be conducted there.

5. They would have private retreats where they would spend quiet time in sacred places such as river banks, hilltops, fasting, praying etc to be close to the spirit world.

6. Owning spiritual objects they believed had special powers eg herbs, bones, drums etc, kept in homes or moving with them.

7. They prayed regularly, communicating to the spiritual realm, done anywhere and at any time, especially before doing work.

8. They engaged in fasting where they would abstain from food as a form of self-sacrifice to be close to God.

9. Sacrifices would be made in the form of slaughtering livestock and offering harvested crops to appease God.

10. Invoking visitations of spirits through diviners, to possess a person and thus be consulted in times of misery and uncertainty.

11. They engaged in veneration of the dead where they would revere them eg by naming children after them to appease them.

12. Making vows to God and gods, to fulfill certain acts of sacrifice or activities. This would be done on the eve of war.

13. They stayed loyal to traditional beliefs and customs that acted as their law. They did so to be in good terms with the Spiritual realm.

14. Engaging in thanksgiving by offering some of what they owned to God and the gods for appreciation for protection, good harvests etc.