This unit is Drainage patterns which is plan layout made by a River and its tributes.

A drainage pattern is the plan layout made by a River and its tributes.

There are many types of drainage and among these we have:

This drainage pattern is the one which has one source with very many rivers originating from it down a conical hill.

This drainage pattern is connected to the slope of the land which must be conical and gently sloping.

This type of drainage has a small catchment area and it is mainly found in areas where Vulcancity took place i.e. on Mt Elgon i.e. in Sironko koitabura in Eastern Uganda. 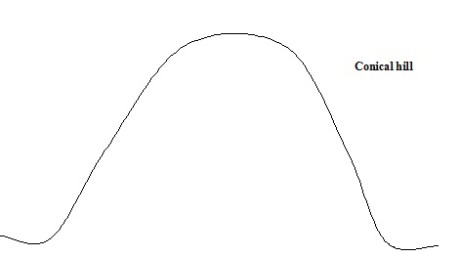 This is a pattern whereby the tributaries join the main River/stream at approximately right angles. This drainage pattern is very common in areas where the rocks are jointed or faulted or crocked .The diagram below shows the trellis drainage pattern. 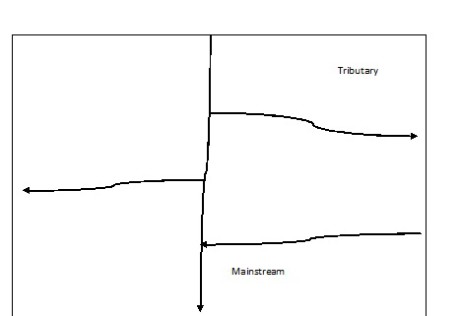 It’s a plan made by a River where by the tributaries join the main stream at an acute angle. This drainage pattern resembles a tree with its branches.

The diagram below shows a dendritic pattern. 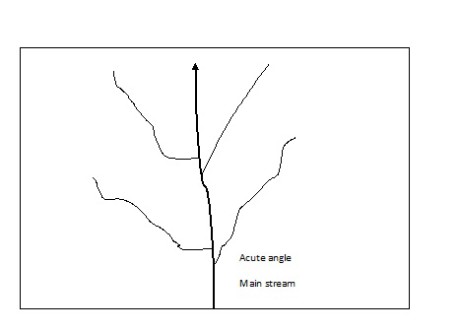 This is the pattern in which rivers flow from all direction towards the common point pattern of their type is rare, all that is known about them is that they can form in ares that have:

Through rare there are some few example are found in E.A. They include the river systems of L.Turkana in northern Kenya, Rukwa in south western Tz and Baringo in central Kenya 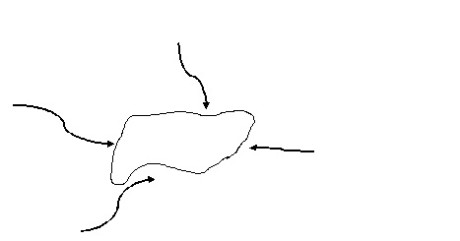 It has a similar plan as the trellis i.e. both the main stream and its tributaries from right angled bends.

This reflect marked control exerted by joint or fault systems because the streams tend to follow joints or fault lives in the rock.

They differ in the ways of form. Example include sunburn areas in Kenya, the Nyika around Maji ya chumui.

It develops in areas affected by earth movements i.e. where faulting took place and in most cases they are found in fault guided valleys e.g. of such pattern are seen on Athil River draining into lake Baringo, Aswa River, River Pangani at the foot hills which pare hills in N.Tz and the upper Nile near lake Albert.

It differs from the trellis in that the tributaries of the rectangular drainage pattern make sharp bends along their course and the minor tributaries flow almost parallel to the main stream.

It describes a river valley on part of a valley that developed on former layer of rocks and is now superimposed onto a previously buried and completely different rock structure to which its discorolant.

Such river valleys are younger in age than the structure on which they are flowing through. In most cases, the remnants of the former rock cover are tilt to be seen on either side of the river valley. 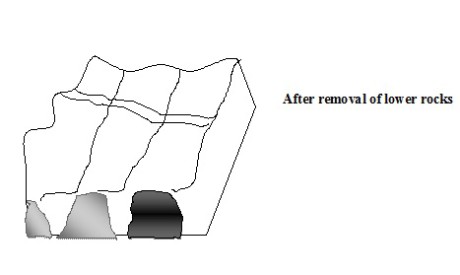 This is when the tributaries joints at sharp angles to the mainstream and are arranged in such a way that they form a series of curves about a dissected dome basin or a crater area. Their form depend upon the following factors

The presence of a crater

The dome like feature that may be composed of alternating hard and soft rock which appear in concentric curve that have been dissected by the streams, lake Ngozi inTz where calderas and expression crater form a circular drainage pattern.

It describes a river valley or part of a valley that developed on a former landscape which was later uplifted by local earth movements, but which was able to maintain its course by recording vertically at a rate at fast enough the keep place with the rising land.

In actual sense, such valleys are in most cases older in age than the structure to which they are discordantly areas of fairly recent earth movement such as the young fold mountains.

The grate Ruaha river NE of Iringa between Utera and Kidaku, where it cuts through the southern highlands there are aseries of antecedent gorger with numerous rapids. 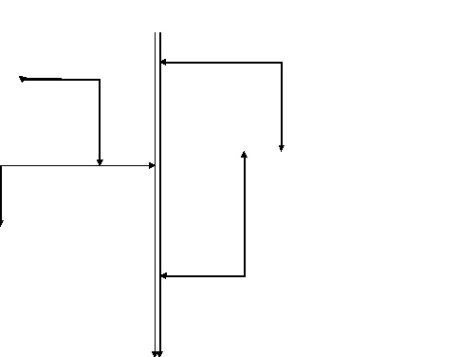 Rainfall must be reliable and a lot for the continuous flow of the streams.

Can exist in areas where River capture has taken place.

This is a pattern which develops in areas with alternating hard and soft rocks. These rivers will create their own vallies within the soft rocks and they will be separated by the bands and hard rock and as a result they will be moving parallel flowing to each other and in the same direction hence the name.

There are parallel drainage patterns on the Eastern slopes of Abadeya Ranges western part of Mau ranges in Kenya, Ethic rives, Nairobi River, Rwiru rivers and komu rivers in Kenya.

The conditions which lead to the form of this drainage pattern are:

There must be alternating hard and soft rocks which are parallel to each other and have the same direction of drip.

There must be a lot Rainfall for the river to maintain their direction if flow (2 exist) the diagram below show the parallel drainage pattern.

This drainage pattern is found within the secondary rifts within Kenya.

This drainage pattern develops in areas which experience a lot of rainfall and also the rocks within these areas must be gently dipping with uniform resistance.

This is common in those areas.

The diagram below shows the pinnate drainage pattern 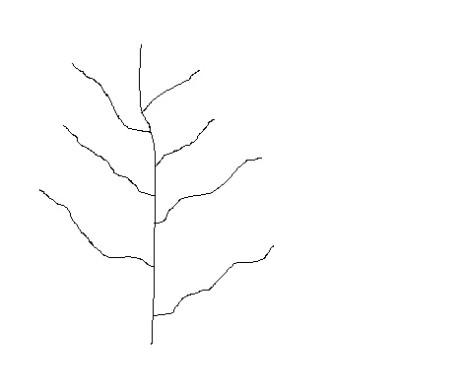 The diagram below shows the annular drainage pattern. 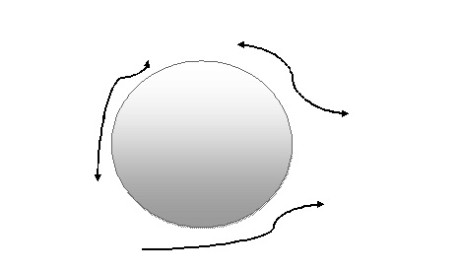 Here, flow of the main river and their tributaries are determined b the underlying rock structure.

The river and its tributaries flow along easily evoked rocks avoiding hard rocks or resistant rocks. Many drainage patterns are accordant because their direction of flow is dictated by the rock structure (nature of the rock)