This unit describes the prepositions of time, place and movement. 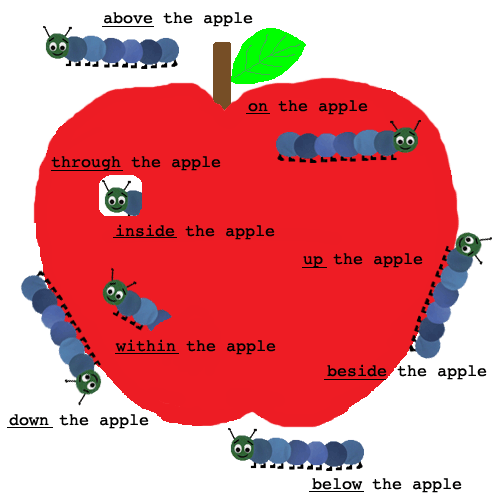 What is a preposition?

A preposition is a word used to link nouns, pronouns, or phrases to other words within a sentence. They act to connect the people, objects, time and locations of a sentence.  Prepositions are usually short words, and they are normally placed directly in front of nouns. In some cases, you’ll find prepositions in front of gerund verbs.

A nice way to think about prepositions is as the words that help glue a sentence together. They do this by expressing position and movement, possession, time and how an action is completed.

Indeed, several of the most frequently used words in all of English, such as of, to, for, with, on and at, are prepositions. Explaining prepositions can seem complicated, but they are a common part of language and most of us use them naturally without even thinking about it. 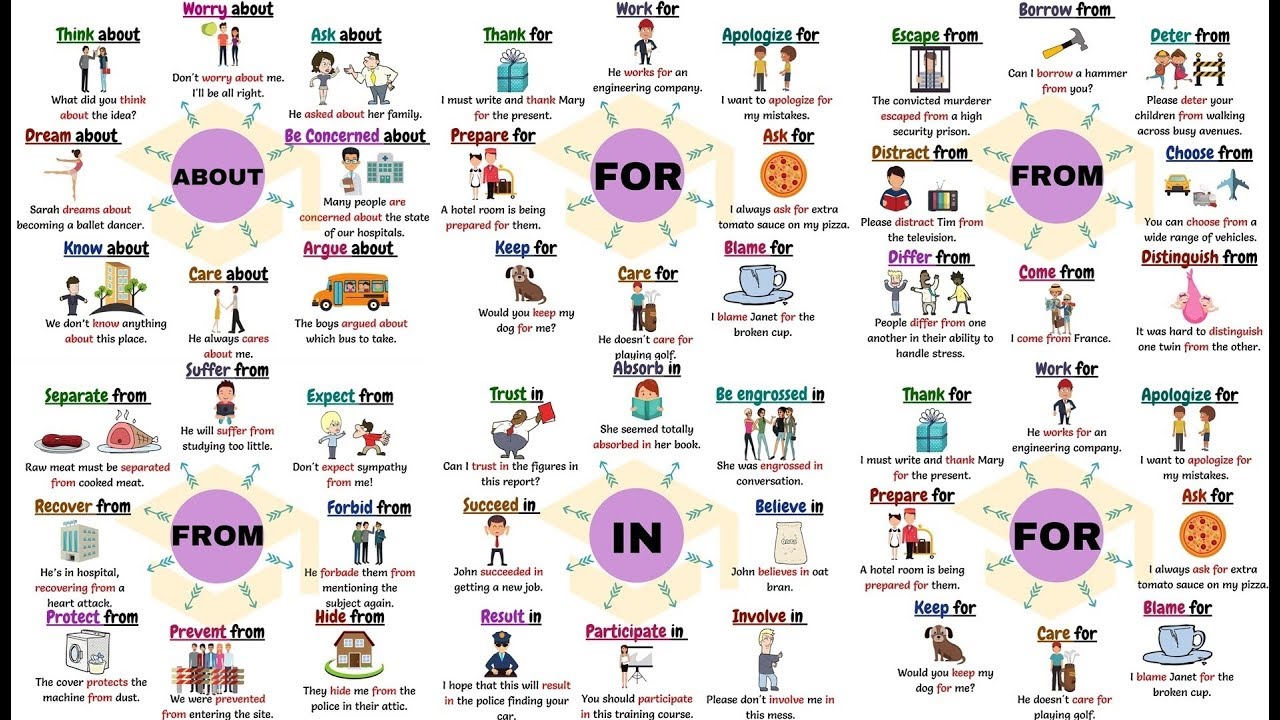 In fact, it’s interesting to note that prepositions are regarded as a ‘closed class’ of words in the English language. This means, unlike verbs and nouns, no new words are added to this group over time. In a way, it reflects their role as the functional workhorse of the sentence. They are unassuming and subtle, yet vitally important to the meaning of language.

There are two very important rules to remember when using prepositions. Because they are somewhat vague, learning about prepositions and using them correctly in sentences takes practice. Because 1:1 translation is often impossible when dealing with propositions, even the most advanced English students have some difficulty at first.

Prepositions of Time
Basic examples of time prepositions include: at, on, in, before and after. They are used to help indicate when something happened, happens or will happen. It can get a little confusing though, as many different prepositions can be used.

Prepositions of time examples in the following sentences are in bold for easy identification.

The above makes it seem quite difficult, with five different prepositions used to indicate when something happened. However, there is a set of guidelines that can help decide which preposition to use:

For years, months, seasons, centuries and times of day, use the preposition in:

For days, dates and specific holiday days, use the preposition on.

For times, indicators of exception and festivals, use the preposition at:

Before and after should be much easier to understand than the other examples of prepositions of time. Both are used to explain when something happened, happens or will happen, but specifically in relation to another thing.

Other prepositions of time could include: During, about, around, until and throughout. 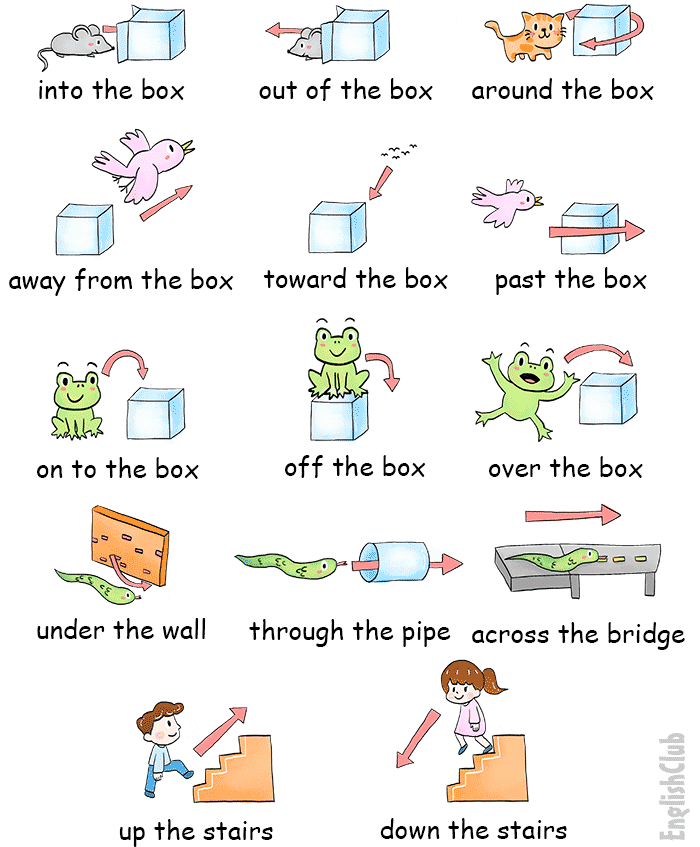 The guidelines can be broken down as follows:

On is used when referring to something with a surface:

In is used when referring to something that is inside or within confined boundaries. This could be anything, even a country:

At is used when referring to something at a specific point:

Lot’s of other prepositions of place, such as under, over, inside, outside, above and below are used in English. There is, however, a lot less confusion as they refer to rigid positions rather than abstract ones.

Prepositions of movement are quite easy to understand as they are less abstract than prepositions of place and time. Essentially, they describe how something or someone moves from one place to another. The most commonly used preposition of movement is to, which usually serves to highlight that there is movement towards a specific destination.

Prepositions of movement examples in the following sentences are in bold for easy identification.

Other more specific prepositions of movement include: through, across, off, down and into. These prepositions can sometimes get mixed up with others. While they are similar, they have individual meanings that add context to the movement.

Across refers to moving from one side to another.

Through refers to moving directly inside something and out the other end.

Into refers to entering or looking inside something.

Up, over, down, past and around indicate directions of movement:

How to Recognize a Preposition?

Recognizing prepositions can be challenging as they do not always follow a consistent pattern in terms of their position in a sentence, nor do they have a discernible structure or spelling. We do know, however, that prepositions are almost always short words, with the majority having less than six letters. One technique people use to identify a preposition is to think of a preposition as anywhere a mouse can go. Above, below, next to, between, beyond, through, by, with…It won’t cover them all, but it can be a useful question to ask when trying to identify and recognize a preposition. While there are over 100 prepositions, there are around 500,00-700,000 nouns in English! It is unlikely anyone will learn so many nouns, but recognizing and then mastering prepositions might be a worthwhile and attainable goal.

Prepositional verbs – the phrasal combinations of verbs and prepositions – are important parts of speech. The prepositions again act as links between the verb and noun or gerund, giving extra meaning to the sentence. The prepositions most commonly used with verbs are: to, for, about, of, in, at and from. The good news is that these will always come after the verb in the sentence. However, it should also be noted that the prepositional verbs can have slightly different meaning compared to the original verb. For example, to relate a story simply means to tell a story, to relate to a story means you identify with it, find some personally meaning in that story.

Prepositions can form phrases with adjectives to give further context to the action, emotion or thing the adjective is describing. Like verbs and nouns, adjectives can be followed by: to, about, In, for, with, at and by.

There can sometimes be a pattern in deciding which prepositions go with adjectives, for example, when adjectives have the same or very similar meaning to each other, they might take the same preposition:

Indeed, when adjectives have opposite meaning they might also take the same preposition:

There are always many exceptions to the above, but it can help that there seems to be some

consistency when adjectives have the same meaning or opposite meaning.

Nevertheless, perhaps a more general rule is that English speakers simply need to learn which prepositions go with which adjectives, as meaning can change significantly by using a different preposition.