This unit is a continuation of the speech section and focuses on Reporting Speech; Orders, Requests, Hopes, Intentions and Promises 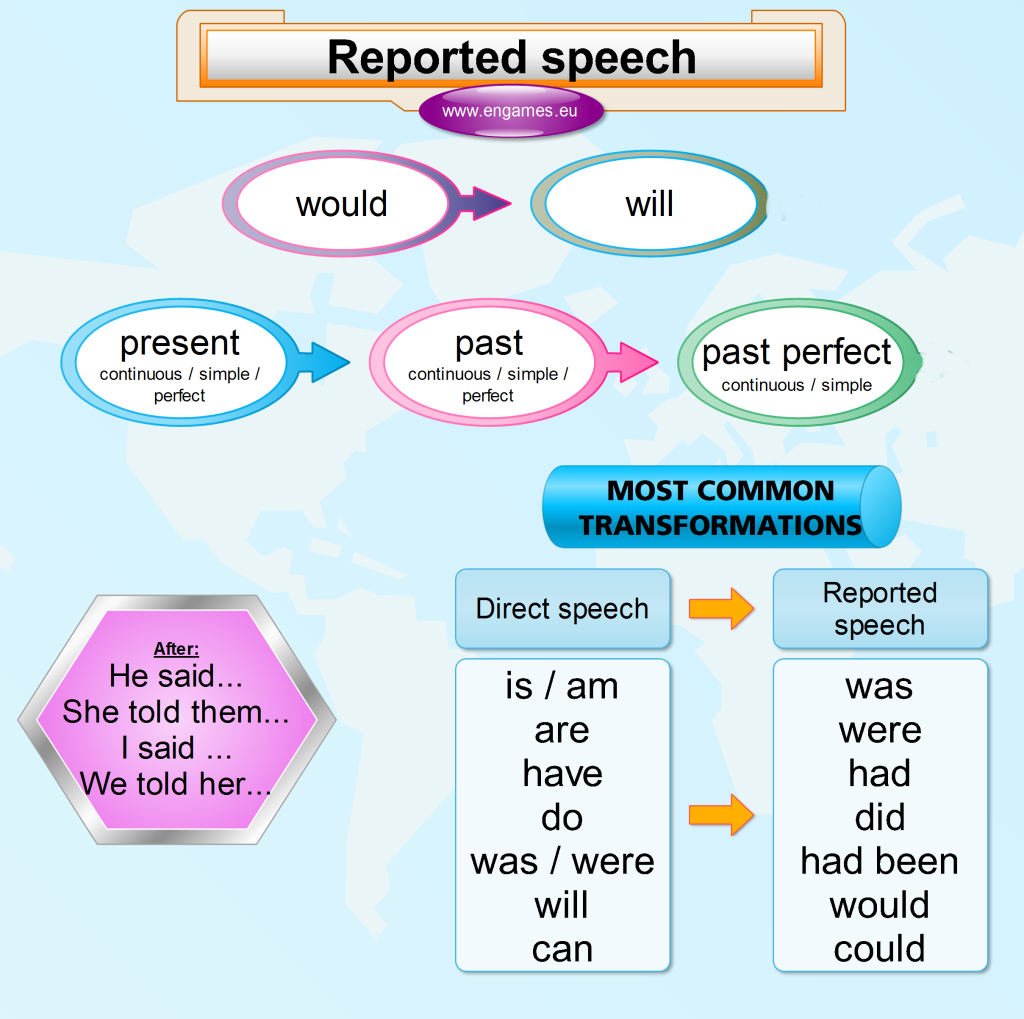 When we want to report an order or request, we can use a verb like ‘tell’ with a to-clause: He told me to go away. The pattern is verb + indirect object + to-clause. The indirect object is the person spoken to. Other verbs used to report orders and requests in this way are: command, order, warn, ask, advise, invite, beg, teach, & forbid.

Requests for objects are reported using the pattern “asked for” + object.

Suggestions are most often reported using the verbs suggest, insist, recommend, demand, request, and propose followed by a that clause. ‘That’ and ‘should’ are optional in these clauses, as shown in the first two examples below. Note that suggest, recommend, and propose may also be followed by a gerund in order to eliminate the indirect object (the receiver of the suggestion) and thus make the suggestion more polite. This usage of the gerund is illustrated in the fourth and fifth examples below.

When we report an intention, hope or promise, we use an appropriate reporting verb followed by a ‘that’ clause with ‘would’ in it, or a to-infinitive clause. Verbs used in this pattern include: hope, promise, threaten, guarantee, & swear. Note that the word ‘that’ is optional when using a that clause, as in the first example below.

Some reporting verbs may appear in more than one of the following groups because they can be used in several ways.

VERBS FOLLOWED BY “IF” OR “WHETHER”

VERBS FOLLOWED BY A “THAT”

VERBS FOLLOWED BY EITHER “THAT” OR AN INFINITIVE WITH “TO”

VERBS FOLLOWED BY A “THAT” CLAUSE CONTAINING SHOULD, WHICH MAY BE OMITTED, LEAVING A SUBJECT + ZERO-INFINITIVE

VERBS FOLLOWED BY A CLAUSE STARTING WITH A QUESTION WORD

VERBS FOLLOWED BY OBJECT + INFINITIVE WITH “TO”