This unit is about the European christian missionaries and their role towards their arrival.

Missionaries were religious groups or individuals who went to a foreign country to propagate their faith through conversion of people in that area. The missionaries were another group of Europeans who acted as colonial agents in East Africa. They had several societies which worked in the area between 1814 and 1840.

The first arrivals where the German missionaries working for CMS, Dr. Krapf was the first missionary who arrived at the coast and established his station in 1840. He discovered River Tana in 1848, first European to see mountain Kenya, in 1846, he was followed by Rebman. He also became the first European to see Mt. Kilimanjaro in 1849; they were joined by Jacob Edhardt.

The second group of Christian missionaries was Roman Catholic missionary who arrived at Zanzibar in 1863. This group was known as the Holy Ghost Fathers from Re-union. They were French missionaries. This group first established its first station at Bagamoyo.

The CMS became the 1st group to enter into the East Africa and these were Protestants i.e. Stanley Smith and Alexander Mackay in 1877.

In 1879, the Protestant missionaries were followed by the RCM known as the White Fathers, they first set up their posts at Tabora and later in Kabaka Muteesa`s Palace, they were Father Lauded and Brother Amams.

Other groups of European missionaries such as Scottish missionaries of Livingstone mission and Church of Scotland mission set up their mission in 1876 around Lake Nyasa. By 1880, this group expanded its mission to Nyika and Masai in Yao land. In the same way the London mission society (LMS) of Dr. Livingstone set up mission stations around Lake Tanganyika. 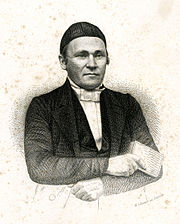 WHY THE MISSIONARIES CAME TO EAST AFRICA.

The missionaries wanted to control the spread of Islam; this was revenge against earlier Muslim occupation which had taken place in the western and central Europe IIIAD. The fact that Islam was embraced on the East African coast necessitated missionary coming to halt the spread of Islam.

Missionaries wanted to stop slave trade; humanitarians wanted to bring an end to slave trade and slavery which they believed was inhuman and had caused a lot of suffering to people leading to conflicts and tribal wars, loss of lives, destruction of property and insecurity.

Some of the missionaries came to complete the work of Dr. David Livingstone who died before the completion of his mission. For this reason, the Scottish missionaries of Livingstone mission, Church of Scotland mission, the London missionary society sent many missionaries to open up missions in southern Tanzania.

New inventions and discoveries of the coming of missionaries in East Africa were due to the fact that during the industrial revolution, new drugs like Quinine were discovered to fight against malaria. The other discoveries were in transport which simplifies the means of transport.

Missionaries wanted to civilize the people of Africa who they called remote. They were interested in stumping out the traditional African beliefs like circumcision of women in Kikuyu set them on the road to development.

They wanted to encourage legitimate trade i.e. trade in goods and service which would open up new markets and also convince Africans to grow raw materials for the industries back home.

The missionaries indirectly wanted to explore areas of economic importance for their countries.

The missionaries came to answer the call for African desire for evangelism e.g. Muteesa I of Buganda through Stanley sent for missionaries to come to his Kingdom.

PROBLEMS OR DIFFICULTIES FACED BY THE MISSIONARIES IN EAST AFRICA

Existence of tropical diseases; the missionaries were victims of malaria, yellow fever and small pox. This slowed their work, majority weakened because of work ill health and others didn’t survive death like Dr. D. Livingstone, Krapf and his wife were forced to go back.

Poor transport and communication; the region of East Africa was faced with poor roads and facilities not reliable. This was worsened because there existence impenetrable forests, rivers, without bridges. This again slowed the work.

They were few in number; before 1850, very few Europeans were willing to come to East Africa. It was referred to as “A White man’s grove” because of the harsh conditions in the region even the few that came couldn’t cover a vast area.

Inadequate finances; they lacked many essential goods like medicine, food and clothing. This short supply was due to financial problems which were limited. Even then getting some of the above supplies was a slow process.

Competition with Islam; the missionaries found that Islam had already taken root at the coast and interior therefore the y faced great opposition from Muslims especially the Arabs e.g. the missionaries failed to convert people in particular Tabora and Ujiji. In some parts of Bunyoro and Buganda they faced the main problem.

Rivalry among CMS there were competition and jealous especially between Roman Catholics and Protestants. The RCM represented French interest while the CMS represented the British interest. This led to wars of 1880-1897 in Buganda commonly referred to as religious wars in Buganda (Ungereza and Ufaranza).

Wild animals in many areas acted as a source of insecurity and at times led to loss of lives of the missionaries.

Inter-tribal wars that existed between communities were a security risk and hindered their travel and wide spread expansion of gospel e.g. wars between Bunyoro and Buganda.

Establishment of missionary stations sometimes created conflict to the peoples who lost land to the mission.

The 1st missionaries were not well received in some places because of other segments in slave trade.

Missionaries were mistaken as people with military aid e.g. Kabaka Muteesa I of Buganda allowed them hoping that they would help him against Egypt but when the trouble ended, he began to be hostile to them.

Africans were converted to Christians, the Africans accepted Christianity. This led to construction of Churches such as Rubaga, Namirembe etc.

Formal education; the missionaries promoted western education through which new elites was produced. This was done through missionary e.g. Gayaza, Namagunga, and Kings College Buddo etc.

Abolishment of slave trade; they assisted in bringing an end to slave trade in Uganda at Bagamoyo and by the CMS at Rabai.

Introduced cash crops, the CMS through legitimate trade encouraged the growing of coffee and cotton in Uganda and besides that they introduced better farming methods and equipment.

They promoted legitimate trade; this replaced slave trade. It was trade in cash crops or raw materials in exchange for example industrial goods.

Missionaries contributed to the development of the towns. It is on record that that the missions established by CMS at Rabai, Bagamoyo, Tabora and Ujiji became important commercial and Urban centres.

Imperialism; the missionaries also prepared way to the European colonization of East Africa. It is argued that they softened the hearts and minds of the natives through the wonderful Biblical teaching and treats e.g. the Baganda and Kikuyu were hospitable to the establishment of colonial rule. This point is also backed by the fact most of the collaborators were Christians.

Divided people on religious lines, the missionaries divided the natives along Churches i.e. Catholics and Protestants. This division was evident in Catholic or Protestant founded schools. It was common for a Catholic child to go to a Catholic school and visversa. This was also applied in politics e.g. DP for Catholics and UPC for Protestants.

Signing treaties of protection or friendship; missionaries signed treaties of friendship with African leaders and these were later used by the colonialists to claim territories thus denying the Africans political independence i.e. the 1900 Buganda Agreement.

Missionaries destroyed African culture. They have been blamed for undermining African tradition for example polygamy, circumcision etc. Yet on the other hand they stopped human sacrifice and condemned witchcraft.

Destabilized African societies, the political instability created by the European missionaries especially in Buganda led to the overthrow of Kabaka Mwanga during the religious wars of 1880-1897. This was a war between the Protestants (Wangereza) and Catholic (Wafaranza).

The missionaries both directly and indirectly contributed to the colonization of East Africa, Uganda in particular in many ways;

Missionaries softened the hearts and minds of the missionary native converts for this reason therefore they could not resist colonization by the British or German. Some of them became collaborators of the rule.

They invited their home government to occupy the area they worked in for protection especially was there was resistance or hostility. The end result was that the societies were eventually colonized e.g. Britain declared Uganda a protectorate as a result of missionary pressure.

In cases were missionaries worked side by side with African chiefs they would ill advise them to sign treaties. In such cases the leaders wouldn’t understand the terms of the agreement and these treaties were always to the advantage of German or Britain.

The colonial government sent missionaries were they had economic interest therefore the Christian missionaries worked to improve conditions paving way to colonization.

The Christian missionary teaching that it was sinful to resist authority, that people were supposed to be helpful to strangers made the African resistance to Europeans quite minimal.

Missionary teaching about existence of supreme God undermined the political authority of the leaders and they lost their importance.

They built schools were clerks and other helpers for the colonial administration was trained. This made it possible for the colonialists to extend their rule over a wide area.

The European missionaries convinced the converts that working with colonialists were in the will of God. Apollo Kaggwa helped to extend colonial rule in Buganda, Semei Kakungulu in Eastern Uganda that is Bukedi, Busoga and Bugishu.

The missionary reports about slave trade and in the interior of East Africa indirectly led to the coming of European colonialists.

The missionaries encouraged legitimate trade which enabled to form a strong economy for the colonialists.

They established mission centres which were later used by colonialists for effective control e.g. Rabai, Bagamoyo.

They promoted agriculture which formed the foundation upon which the colonial economy thrived.

Missionaries encouraged and supported the coming of White settler who opened up projects which generated funds to support colonial administration for example Lord Delemore in Kenya.

Their teaching pitted the Kings against their subjects leading to the loss of the King`s powers.