This unit is about Faith and the Call of Abraham. 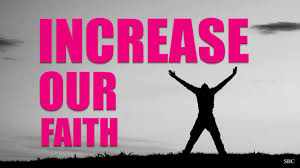 The meaning of the term faith

The term faith means to have a strong religious         belief.

The term faith also refers having a strong belief in a particular religion.

Importance of faith among Christians

Faith enables us to:

(viii)    To believe without seeing.

THE ADVENTURE OF FAITH

There are certain individuals in the Bible who went to unknown lands on the instructions of God. This means that such people had a lot faith in God for guidance and protection.

Examples of people who went to unknown lands on God’s instructions include:

What is a covenant?

A covenant is an agreement/promise between God and his people.

(a)        God promised Abraham to have so many descendants.

(c)     God promised to bless those that blessed Abraham.

(d)     God promised to curse those who cursed Abraham.

What lessons do we learn from the story of Abraham?

How did a good Christian strengthen his faith in God?

iii)     By fasting, through fasting.