Understanding of different sexes and how they are called in English 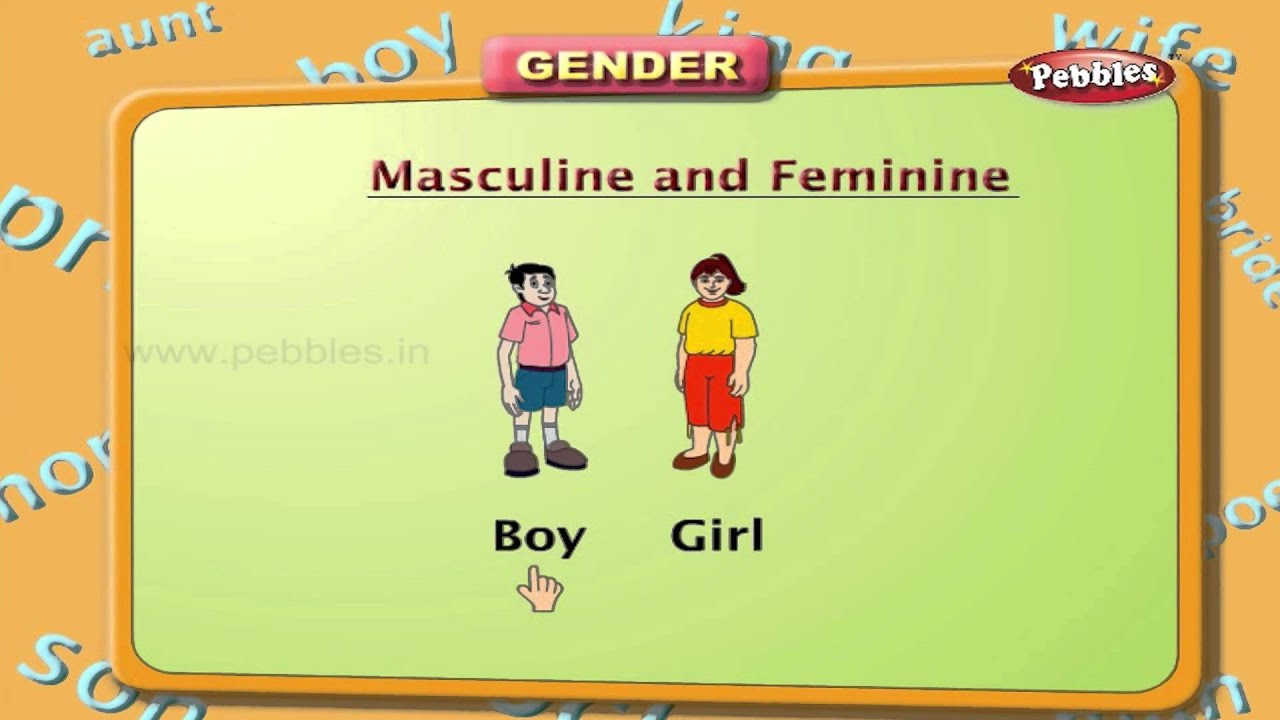 Nouns and pronouns belong to one or another of four GENDERS in grammar.  These are; masculine, feminine, common and Neuter

THIS VIDEO SHOWS THE USE OF GENDER NOUNS

Words which refer to creatures of either sex

The same word may be used both of male and female

Group the following in their respective genders

Change all masculines into corresponding feminines