This Unit is about Heat capacity .

Heat capacity [c] of a body is defined as the quantity of heat required to raise its temperature by 1 k. The S.1 unit of heat capacity is the joule per kelvin [JK-1]

The temperature change caused depends on;-

The quantity of heat acquired or given out by a body is the product of the heat capacity of the body and the temperature change. 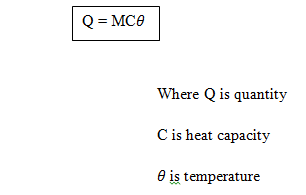 Is defined as the quality of heat required to raise the temperature of one kilogram of a body or a substance by 1k. The s.1 unit is joule per – kilogram per Kelvin [Jkg -1K-1] 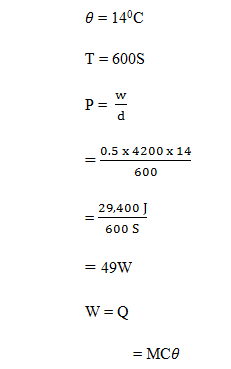 60kg of hot water at 82oc is run into a bath and is found to be too hot. If 300kg of cold water at 100c is added to lower the temperature. Calculate the final temperature of the both water. 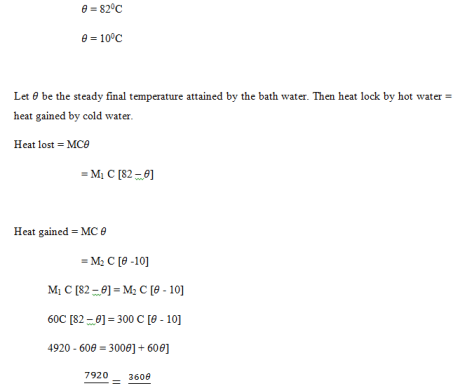 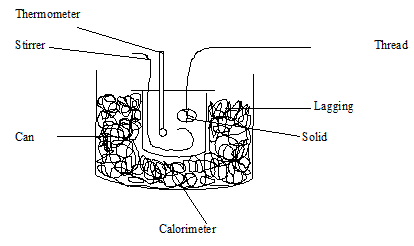 Heat flows from a hot object to a cold object until the temperatures of the objects are equal. This is true if there no heat losses to the surrounding thus heat lost by the hot object is equal to heat gained by the cold object.

During the method of mixture, the cold object is usually water and the hot object is the substance whose specific heat capacity is being determined.

Record the temperature of the water and let it be 1. Put thick lagging around the calorimeter [cotton wool] lift the hot solid out of the boiling water and shake it to remove any water from it.

Quickly and gently lower the solid into the cold water in the calorimeter, stir the water well and record the highest temperature reached by the mixture.

A graph of temperature against time [shows variation] 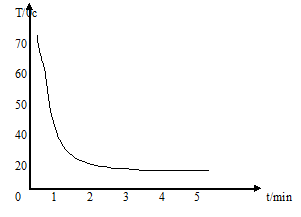