This unit is about lenses.It talks the different types and their uses,the Human eye and the camera. 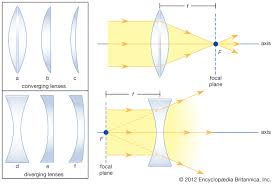 A lens is a transparent material with curved side capable of refracting light.

The curved surfaces of a lens help to bend or refract light passing through the lens.

There are two types of lenses.

Is a lens which is thicker in the middle and thinner at the edges. 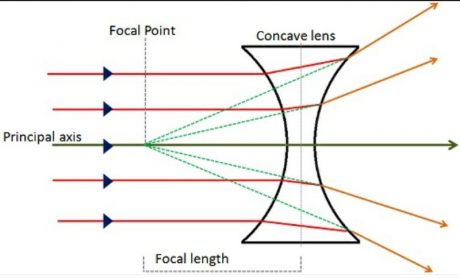 When a parallel beam of light reaches the concave lens it spreads outwards after passing through the lens.

In general lenses are used in optical instrument.

Optical instruments are instruments which use either lenses, prisms, plane mirrors or curved mirrors.

Dispersion of light is the splitting of white light into the seven colours of the spectrum.

Colours of the spectrum.

A primary colour is one that cannot be obtained by mixing other colours e.g. red, blue and green.

How to make secondary colours.

Illustration of the spectrum

White is a universal colour.

Characteristics of images formed by a camera.

Transports nerve signals to the brain for interpretation.

NB:The eye has the ability to focus near and far objects on the retina by changing the shape of the lens.

This focusing of near and far objects by the lens is called accommodation.

Characteristics of images formed by the eye.

The eye is an organ of sight.

It is spherical in shape and enclosed in a socket of the skull called the orbit.

The structure of the eye. 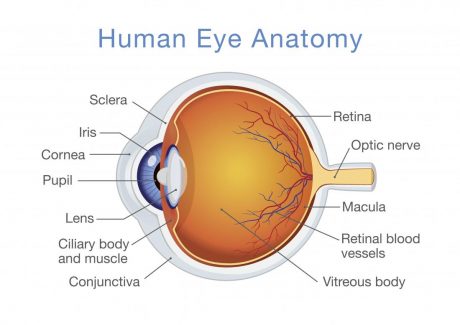 Functions of parts of the eye. 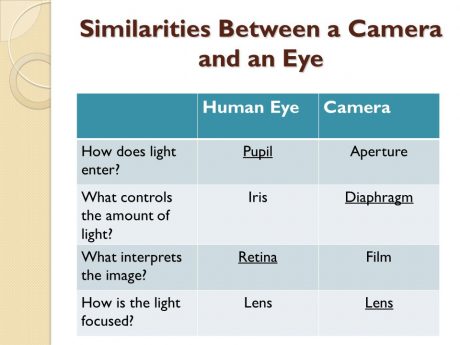 Short sightedness is a condition when a person can only see near objects clearly but cannot see distant objects.

Both near and distant objects can be focused on the yellow spot on the retina.

This occurs when the eye ball is longer than the normal or when the lens is too thick and the objects close to the eye can be focused properly but the point of focus for distant objects is infront of the retina.

Long sight is a condition when certain people can see distant objects clearly but can not see near by objects.

Small or short eye ball or too thin eye lens.

The above causes the image from close objects be brought to focus behind the retina.

Distance objects can be focused properly but the point of focus for close objects is behind the retina.

Long sightedness is corrected by wearing spectacles with convex lenses.

When the lens loses its elasticity it can no longer change in shape.

It is the most common of all eye defect.

It is caused by the surface of the cornea not being perfectly smooth or spherical.

This results is blurred vision.

Astigmatism is corrected by wearing spectacles with cylindrical lenses.

DISEASES OF THE EYE

There are three types of conjunctivitis.

It is caused by an injury to the cornea.

Care of the eye.

a)Very small prints with too little or direct sunlight.