This unit shows how different solutions can be mixed together to form more substances for formation in chemistry. 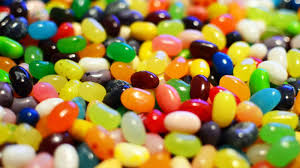 What is a mixture?

A mixture is a combination of two or more substances that are not chemically combined.

Give examples of mixtures (e.g from home)

Are mixture are impure substances

How do we get pure substances from mixture?

The following are examples of getting pure substances:

Describe the produce as follows:

Water was added to the mixture of salt and until it dissolved. The water with salt was filtered from the sand using filtration paper. Then the water and salt mixture was boiling to evaporation.

The water evaporated and the soil remained at the bottom of container. The soil stayed on the filtration paper.

Common salt dissolves in water but soil is in soluble in water, when the mixture was added to water and stirred, the solution containing on the dissolved salt and remaining on the filter papers as the residue. The solute in the filtered crystallized when the solvent evaporated.

The solution of salt in water contained salt as a solute and water as a solvent.

This method is used to separate a mixture of 2 solids, one of which is soluble in a a solvent (e.g. water)

Diagram of a condenser 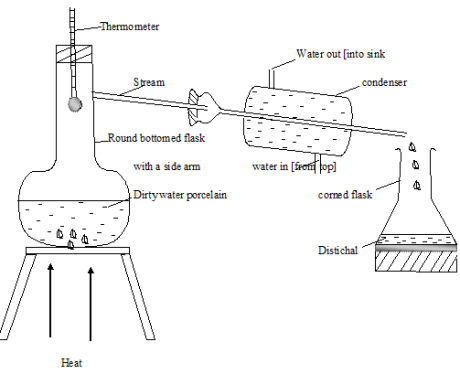 What does the liquid in the flask taste like?

Supposing the liquid in flask is heated to dryness, what would be seen in the flask?

This method of getting pure water from salty water is called simply distillation. It can be used to get a pure solvent from its solution. 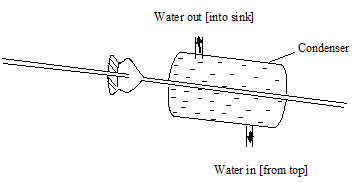 How does the lie big condenser work?

It cools a vapor until it turns into a liquid

Using simple English show what you understand by the terms;-

Is a uniform/homogeneous two substances mixture of a solute and a solvent?

Is a solid, gas, liquid that can be added into a solvent to form a solution, e.g. chalk? Is a substance (solid) that can mix in any solvent?

Is a liquid into which a solute is added dissolves to form solution e.g. water?

Is that result got after distillation done?

To separate a mixture of liquids that:

Mix uniformly e.g. water + ethanol when a homogenous mixture is formed, we say water and ethanol are miscible

The apparatus is set up as follows

Diagram of a condenser 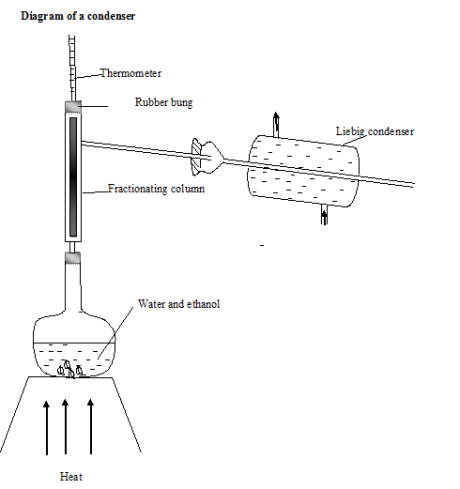 The mixture of ethanol and water did not burn it was lit. But when the distillate was lit it burnt. The distillate burnt with a blue flame

Which of the two substances in a mixture burns with a blue flame?

Ethanol burns with a blue flame

How does a fractionating works.

When the mixture of water is heated, both the water and ethanol evaporate. In the column, water condenses and flows back into the flask. But the ethanol vapor continues rising into the lie big condenser, where it is condensed.

To make sure the column works properly, the temperature at point X trust be maintain at the boiling point of ethanol at about 78oc.

This method of separating liquid mixtures is called fractional distillation. It only works if the liquids have different boiling point. (Industrial)

Do not mix uniformly

They are heterogeneous mixture/immiscible mixtures 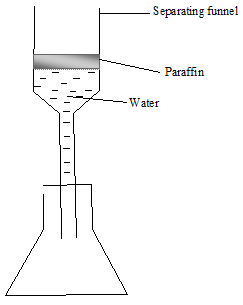 -When the top is opened, the denser liquid pours off first. When it is drained off, the top is closed, and then the less dense liquid can be poured into separated beaker

THIS VIDEO EXPLAINS MORE ABOUT MIXTURES