This unit is based on the genetic formation of nematodes 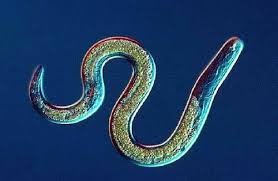 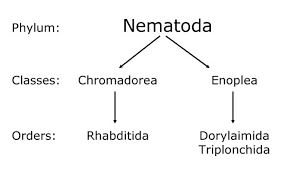 There are basically two Classes namely Phasmidea and Aphasmidea, with the taxonomic character being the absence/presence of phasmids. 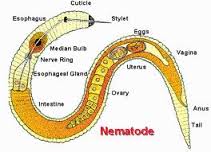 Nematodes are round, elongate, cylindrical unsegmented worms. Integument is non-cellular, and musculature is of the longitudinal type. Nematodes are dioecious, with distinct sexually dimorphism. They are also characterized sensory papillae at both ends of the body (amphids). Examples include Ascaris, Dracunculus, Loa, Oncchocerca, Wuchereria, Brugia, Ancylostoma, Necator, Enterobius, trichinella, and Trichuris. 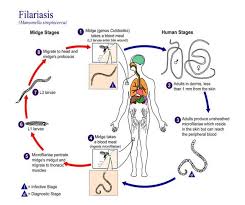 Sexes are separate, with copulation and fertilization occurring in the definitive hosts. Some have direct life cycle with re-infection enhanced by poor sanitary conditions, while others have indirect life cycle involving one or more intermediate hosts or vectors.

Involves impairment of tissues such as the skeletal musculature, subcutaneous tissues, GIT, respiratory system, as well as the eyes. Juvenile stages known as filarial worms of some members of this parasite groups are the cause of a number of disfiguring diseases which are prevalent in the tropics

Onchocerciasis?River blindness – cause by Onchocerca volvulus 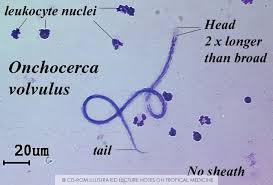 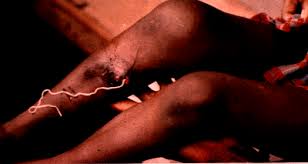 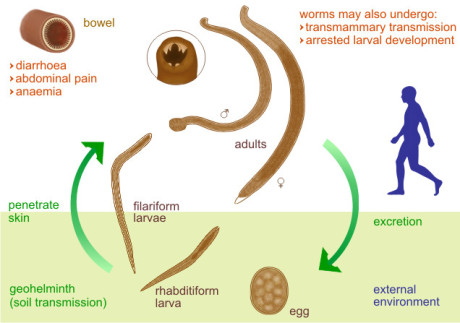 Involves vulnerable groups with high exposure to insanitary conditions (lack of pipe-borne water and decent toilet facilities). They are ubiquitous i.e widespread but very common in the tropics where temperature is optimal for their vectors. Agood number of them are transmitted by arthropod vectors.