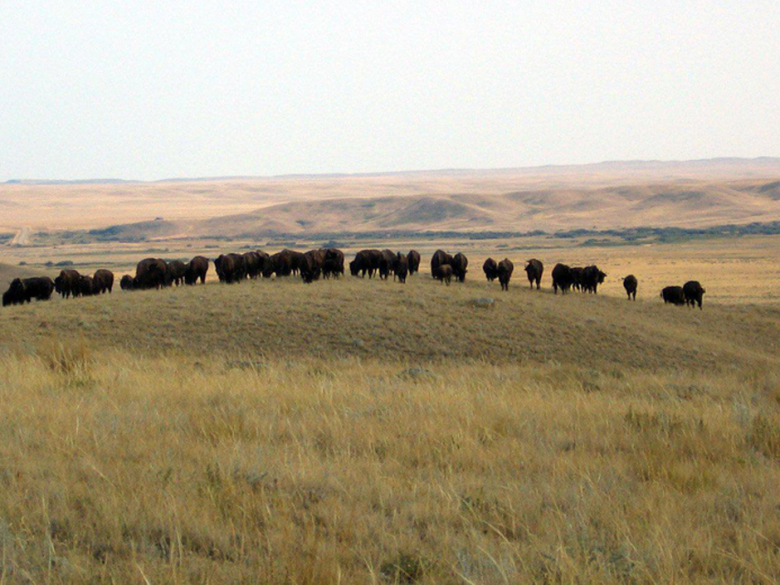 The prairies are located in the southern parts of Alberta, Saskatchewan and Manitoba. The rest of the prairies extend to the Eastern in the USA and these include:- Montone South and North Dakota where mainly spring wheat is grown. The prairies have a triangular shape with the base in USA. The word prairies is a fresh word meaning grassland. This because of the extensive grassland in the region.

THE CLIMATE OF THE PRAIRIES

The prairies have a cool temperature interior climate mainly because it is remote from oceanic influence since it deep in the interior.

It therefore experiences a continental type of climate with warm or hot summers, temperatures between 180 – 250c, the winters are very cold but clear and bright. Sometimes the temperatures go below freezing point ie 00=210c especially at Winnipeg.

Rainfall is received in summer and it is mainly frontal rainfalls and the amounts range from 300 – 420 mm.

However, rainfall decreases westwards towards the foothills of Rocky Mountains. In winter, there are snow storms, the air masses that affect the climatic of the prairies include:-

These are cold and dry blowing from the arctic cirde.

These originate from the Pacific Ocean and loss their moisture in the western parts of the rocky Mountains as they descend Eastern wards, they warm up and as a result bring in worm conditions on the Eastern areas.

The tropical maritime masses meet with the polar continental. Therefore forming rainfall in the region.

During winter, the land in the prairies is frozen and cars have t be fitted with special antifreeze interior heaters in order to adopt to the conditions.

THE RELIEF OF THE AREA

The relief is characterized by plains that lie at a series of levels if is a gently sloping plain which is lower in the East and rises towards the West up t the lower levels or the Rocky Mountains. It is dissected by river valleys and individuals.


ACROSS SECTION OF THE PRAIRIES

THE SOILS OF THE PRAIRIES

The soils were formed as a result of glacial deposition. They are block, deep fertile soils. Due to the poor methods of plugging in the 1930’s the soils suffered from erosion.

The vegetation of the area is described as cool temperature glass lands. However, there is a great difference in the amount of grass throughout the region. 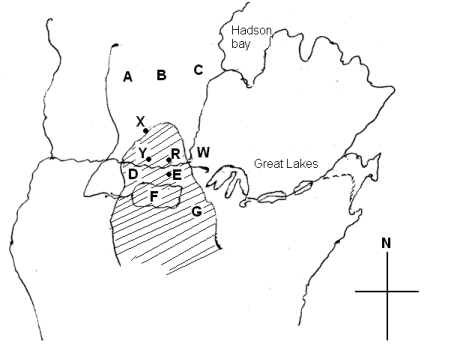 WHEAT GROWING ON THE CANADIAN PRAIRIES

It is the main crop grown on the Canadian prairies and an individual farmer occupies more than 30% of the farm land.

Plots are owned by homesteads.

The relief being gently sloping allows use of machinery and quick irrigation if necessary.

The prairies receive enough rainfall which occurs during the growing season (summer). There is abundant sunshine which helps in the opening of wheat grains.

Absence of pest and disease

Other machines include; grain Dearing equipment and elevator equipment.

Type of farming carried out due to low amount of rainfall received in the area. In this system, the land is under follow and many regularly be cultivated to kill the weeds they may use up the moisture, leaving land under follow helps to preserve moisture as well as gain its fertility such that high yields are realized the following growing season.

The prairie wheat farmers have a timetable / calendar to follow and its mainly influenced by climate.

During spring between April and may, the field are plough sown with seeds and fertilized.

Early summer between May and June the crop is sprayed with herbicides to kill weeds. There is high rainfall during this season which encourages wheat growth. Follow cultivation may also take up to dominate weeds.

Late summer, between July and September, wheat is harvested since there is less rainfall. Harvesting may also go up to October, which is autumn.

Winter from November – March the farmer has a bit of holiday and in December he up-to-dates his records and book accounts ie book keeping.

During January and February indoor activities take place e.g. docking and repairing machinery in addition plans for next season are made e.g ordering for inputs fertilizers herbicides, machinery, seeds and pesticides.

LAND USE IN PRAIRIES

The prairies have 3 major kinds of land use which might be under irrigation. The main types include:-

This is found in the central part of the praise region and is characterized by extensive growth of wheat. It sometimes referred to as the WHEAT BELT.

Crop rotation is also practiced as well as application of fertilizers and animal manure is used to maintain soil fertility.

Additionally, Mixed farming is very important to farmers because they have a variety of source of income ie both from crops and animals.

Animal farming / ranching; Its practiced in the dry belt of the Canadian prairies ie southwest parts of the region. Its referred to as the dry belt because it receives title rainfall. In this area, there’s extensive cattle ranching, mainly for beef-However, irrigation is also carried out in this region and water is obtained from rivers within the region.

A MAP SHOWING LAND USE ON CANADA PRAIRIES 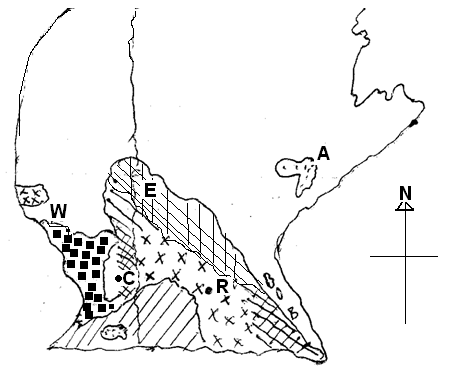 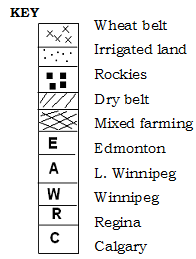 Much of Canadian wheat is exported mostly to Western Europe, china and Japan. Other places include;- its stored in eleators, where its graded, weighed and stored until its boded into railway tracks and transported terminal at a port.

The main ports for condition wheat are Vancouver and Montreal. The other exports on the ports include:-

EXPORT ROUTES FOR THE CANADIAN WHEAT 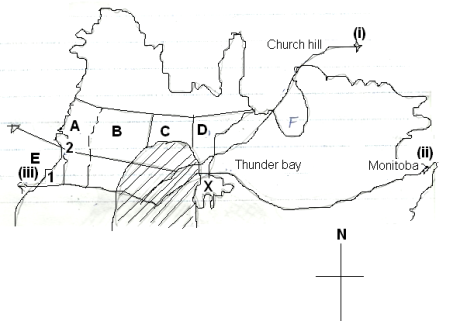 INDUSTRIES AND MINING IN THE CANADIAN PRAIRIES

INDUSTRIES AND MINING IN THE CANADIAN PRAIRIES

Some of the oil and natural gas is also exported and they are both exported by pipeline.

MAIN INDUSTRIES IN THE CANADIAN PRAIRIES

THIS VIDEO EXPLAINS MORE ABOUT THE CANADIAN PRAIRIES