This Unit is about Plant Nutrients and Nitrogen specifically. 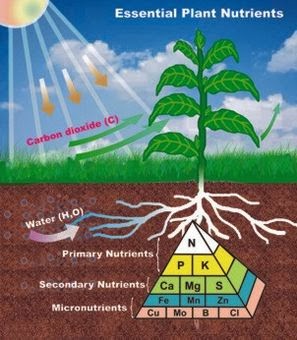 There are 16 essential plant nutrients and these can be obtained mainly from the soil and also from water (hydrogen) and from the air i.e. carbon and some times Nitrogen.

Essential plant nutrients are those which if not supplied in sufficient amounts to the plants will cause specific injury or growth abnormality but when that particular nutrient is supplied, this can be corrected.

These nutrients can either be macro or micronutrients.

These are required by plans in large amounts and then deficiency will immediately bring about different symptoms . 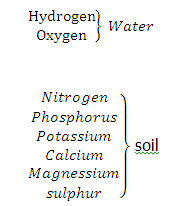 These are equally important as macro nutrients but are needed by plants in small quantities these include:

Ways through which Nitrogen can be lost from the soil

Management of Nitrogen in plants soil

When legumes are grown, they may develop swellings on their roots called nodules and living in a cymbaitic relationship in the nodules, a group of bacteria known as Rhizohio.  This is capable of capturing fixing nitrogen from the atmosphere to build there body protein.

The excess nitrogen fixed will be used by the host plant and some will remain in the surrounding soil even after the legume has been harvested.

Activity of Micro organisms:  especially where soil does have enough oxygen e.g. during decomposition of organic matter acids are formed.

During the process of nitrification the ions release will increase the soil acidity.

THIS VIDEO EXPLAINS MORE ABOUT THE NITROGEN CYCLE

Presence of humus: which may react with ions and aluminium form complex substances which when hydrolysis reduces excess H+ that increase soil acidity.

Another group of organisms, can also fix nitrogen from the atmosphere to the soil especially where the soil is humid and warm for example the Azotobacteria, blue green algae and Beijerenkia.

Plants will take in the Nitrogen compound from the soil to build there body protein and animals will feed on plants to get the proteins.

Nitrates can either be lost as a gas or dissolved and last through loaching.  During thunder, Nitrogen is fixed by electrical discharge of lightening. This will dissolve in rain water to form Nitric acid which is washed into the soil where it is converted to Nitrates and absorbed by crops.

In soils that are poorly aerated, the denitrifying bacteria and some fungi will use up the oxygen in the Nitrates so that the Nitrogen can escape back to the atmosphere then the cycle continues.  After the dry season or on set of the rain, a lot of Nitrogen will be washed down by rain which is known as the Nitrogen Flush.