FOR: PRINCIPLES OF WILDLIFE MANAGEMENT

Wildlife management is based on ecological principle. This is the relation of an organism to its environments, including other living organisms that co-inhabit the same basic resources of soil, water, vegetation and atmosphere. With the decrease of land used for agriculture in some areas, more habitats became suitable for wildlife. Conversely, in some places, the balance is towards loss of habitat as a result of high way construction, dams, urban uses, and intensified agriculture. Thus the game manager tries to identify the factors limiting the abundance of wild game. By controlling this entity, more wildlife can be produced for recreational use. The earliest attempts centered on control of hunting, control predators, providing refuges to insure breeding stock, and the artificial replenishments of game to restock uninhabited or overshot ranges. 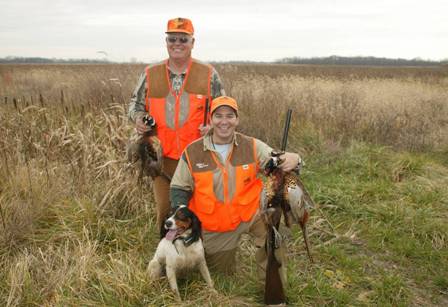 Hunting of resident small game is self regulatory since hunting success and hunting pressure decline as the season progresses. After reasonable hunting seasons, enough game birds or mammals usually remain to provide a breeding stock for the ensuring year. On the other hand, some migratory games e.g. waterfowl, prefer habitats in limited supply and habitat where hunting is often concentrated. Limitation of hunting is usually important to assure survival of a breeding stock of these species. Hunting may exterminate any game whose range has been restricted to small areas. Animals transplanted into new areas, or areas which they formally inhabited, are usually protected from hunting until the population becomes well established. Trapping and transplanting have combined as a technique to extend populations of antelope, wild turkey and other North American game. When a new population of wildlife is transplanted into favorable habitat, the population increases faster at first than it does when the species approaches saturation of the available environment. For some wildlife, shooting is a beneficial part of management. Many kind of wild games respond to an increase dry season hunting harvest through greater breeding success and survival of the young. The manager should therefore endeavor to increase recreational harvest to the point where breeding success and survival of young are near the maximum. In such instances, the population is said to have a high “turnover” rate. 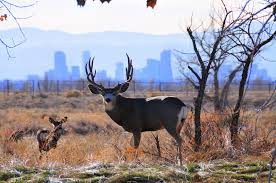 Protected areas where animals could hide against hunting and predator is known as refuge. Refuges were first used extensively to protect farm game, but a number of studies have shown them to be ineffective as a widely used measure. For example, very little difference was found between pheasant populations in open hunting areas and those on adjacent protected areas in Wisconsin. Natural mortality harvested the fall surplus on the refuge, while hunting took that on the open range. Many refuges established were meant to relieve agricultural damage, however, many are now used to enhance and protect endangered wildlife. Where harvest is too limited because refuge of establishment, the animals may become unthrifty, over-populate the range, and seriously damage it.

Wolf, lion, bobcat and fox bountries are the major animals that prey on other game. Avian predators have been much reduced through pesticides interference with their reproduction. Control of the offending individual or family group may be advantageous.

Artificial stocking of birds and animals reared in game farms has been a costly and generally inefficient method of providing for hunting. Birds produced under conditions of domestication are less able to compete/ survive after liberation than the wild stock already a field. This, in part, is a consequence of genetic selection. For example, game farm turkey’s restocked in Missouri did not survive as well as wild stock and posed anatomical and physiological characteristic which made them more vulnerable to the wild environment.

Artificial stock does provide recreation on specially managed areas, such as shooting preserves, where birds are released a few hours before they are to be hunted. The greater the time lapse between stocking and harvest, the lower will be the return to the hunter and the preserve manager.

Stocking of birds and animals in range already occupied by their kind, fundamentally limit success because of a principle called “carrying capacity”. Carrying capacity is the sum of the environmental factors which make a game range habitable, food, water, escape cover, nesting cover, loafing areas, brood and feeding areas are all important. All of these must be within daily and seasonal range of the animal. Wild games animal normally produce more than ample young to fill all the available “home range”. Game farm reared individuals, released into occupied range, are most vulnerable and are usually the first individuals lost when the carrying capacity is exceeded. There are upper limits to carrying capacity. Bob-white quail can seldom be increased to more about one bird/acre, possibly because individuals become “stressed” when the level of tolerance of their own kind is exceeded. Carrying capacity changes from season to season on same range. Despite the increased sophistication of management techniques, we still can not circumvent the long established principle that wild animals cannot be stockpiled in excess of the carrying capacity. 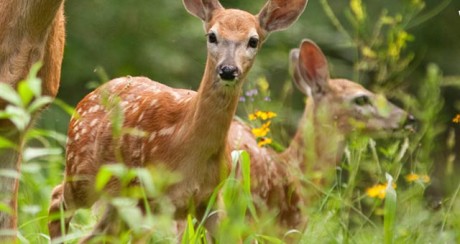 Habitat improvement consists of bringing into useful association those conditions needed by species to reproduce and survive. If openings are created in uniform forest lands, it could encourage the production of herbaceous cover, increase population of birds etc.

Interspersion is the positioning, configuration, and size of the lands of vegetation needed to sustain the species. Numbers of wild game usually depend on the interspersion of habitat types and their relation to the species cruising radius (the daily and seasonal movements). Grass cutter, Bob-white quail and guinea foul ordinarily require woodland, brush land, grassland, and cultivated land, which illustrate the principle that game depends largely on ‘edges’ because it is the edges of vegetation types that are most used for feeding, loafing, resting, calling and resting. The abundance of non-migratory wildlife depends upon the edges of interspersion of essential habitat types because this determines the amount of edges. 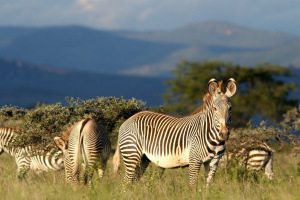 All wild game, at some point during their life circle, exhibits a fixation for a territory, an area which contains all the immediate necessities for life. Roan antelope travel a distance averaging about 40km while songbirds have a territory of only a few hundred metres radius. The game manager endeavors to increase the number, and decrease the size of such territories, through changing the vegetative components in such a way that all the life’s necessities are within the smallest unit of range that the species will inhabit. Among migratory birds, individuals have a strong attachment for their natal territories, returning year after year to breed in the same areas. This territorial homing tendency is now being exploited by game managers.

Assessment of Vegetation for Habitat Improvement

Vegetation is the plant cover of the earth, and comprises all plant species growing in a very great diversity of assemblage.

Several methods can be used to assess vegetation but only two are discussed. These include: 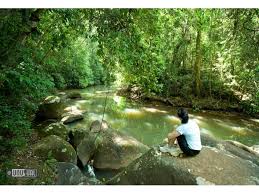 The cover of species is defined as the proportion of ground occupied by perpendicular projection on to it of the aerial parts of individuals of the species under consideration.

Cover is normally expressed as a percentage, so it is obvious that the maximum cover of any one species is 100 percent. But in normal multi-species vegetation the total cover of all the species present is usually greater than one percent.

When assessing canopy cover the following steps are followed:

To measure the plot ( area concerned)

To map out the canopy of the trees

To measure the diameter of the canopy of trees

To find the percentage of the covered and uncovered area

The objectives of the practical were:

To make the vegetation assessment

To relate it to the total area