This unit is about probability which is the measure of the likeliness that an event will occur.

The set of all possible out come of an experiment is called the possibility space. (5)

Definition ; the probability of an event e.g (A) in a possibility space (5) consisting of a finite number of equally likely . Out comes denoted by P(A) is defined by the expression. 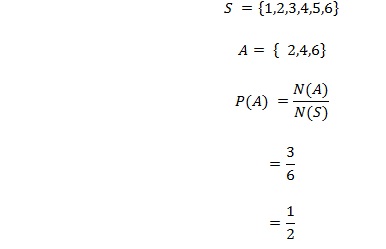 The probability of and event cannot be more than one and cannot go be less than zero.
b) Using example.

i) Find the probability of getting a number greater than 4. 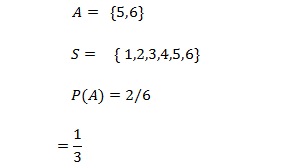 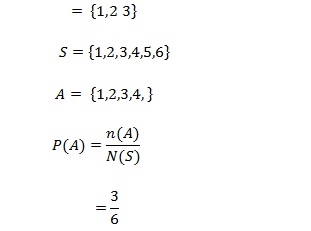 A VIDEO ABOUT THE INTRODUCTION TO PROBABILITY 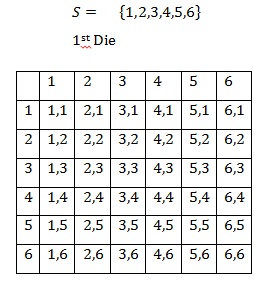 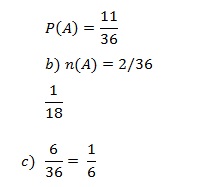 3. A counter is drawn from a box containing 10 red, is black , 5 green and 10 yellow. Counter find probability that the counter is
a). Black
b). Not green or yellow. 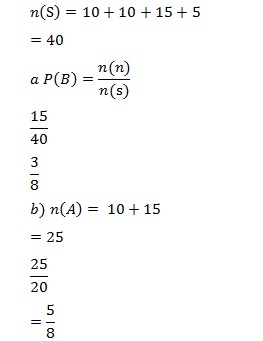 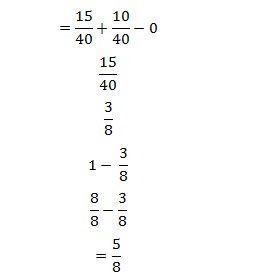 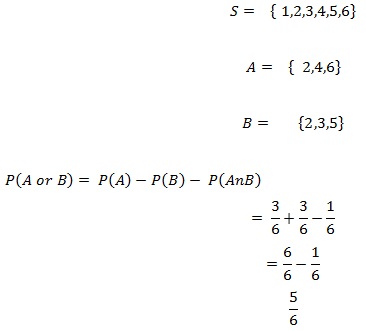 A and C are exhaustive the intersection is O; i.e they cannot occur at the same time; For example; 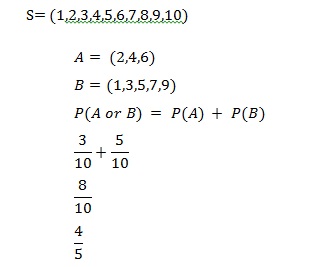 ∴The P(Au B) = P(A) + P(B) and this shows that A and B are said to be mutually exclusive event.
Multiplication Rule
Events where the occurrences of one doesn’t not effect the occurrence of the other are called independent events.

Example
I f two balls have to be picked randomly from a bag containing Red, blue and Yellow balls.
Events
A. That a red ball is picked
B. That a blue ball is picked
C. That a yellow ball is picked.
D. All are independent events
In this case, the probability of events A and B i.e P (AnB) = p(A)X P(B) which is the multiplication rule for independent events.
Examples
1) Given that a bag contains 5 red balls and 7 black balls. If a ball is drawn from the bag, the colour noted and the ball replaced .Then a second ball is drawn.
a) Find the probability that the first ball in red and the second is balck,
b) P(AnB) = P (A) x P(B) 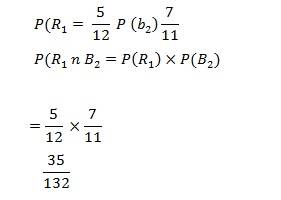 Exercise
Write the probabilities of these events A head resulting from tossing a coin. 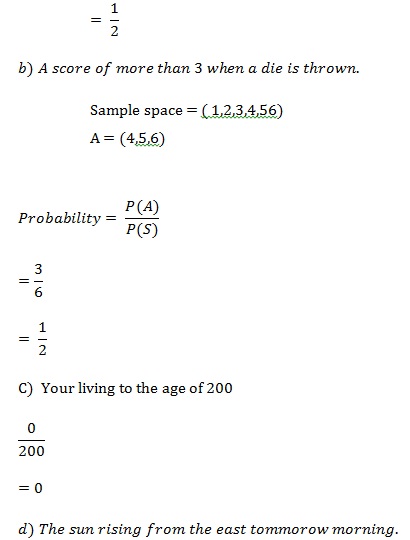 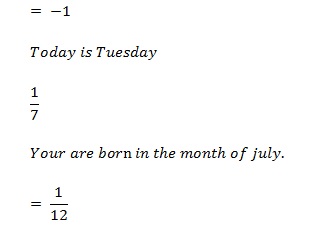 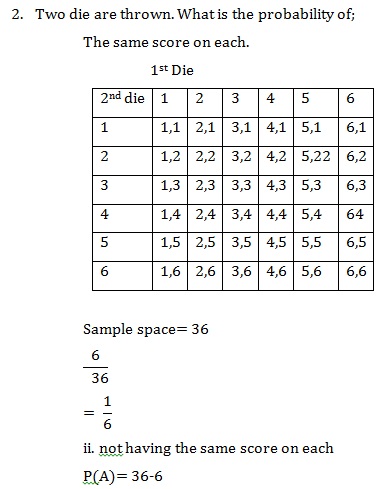 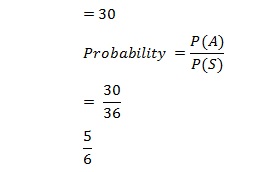 Approximately 2 cars
There are two sets of 10 counters numbered from 1 to 10. They drawn from each. What is the probability of scoring a total of 11 with the two counters. 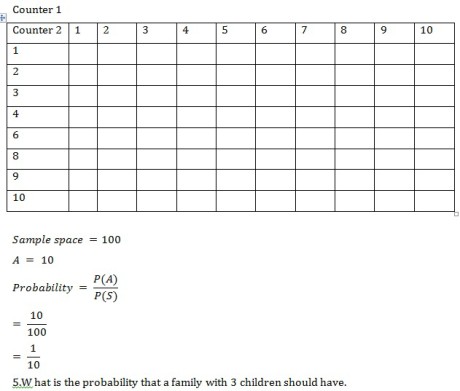 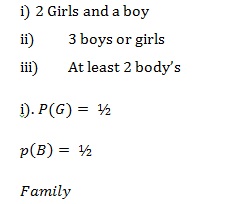 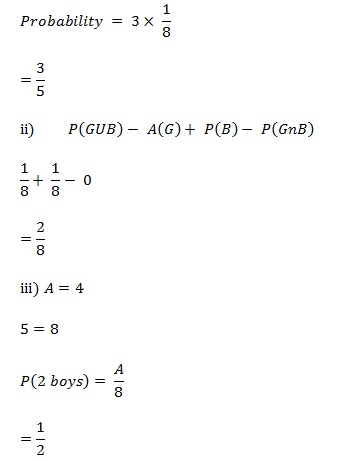 6. A bag contains 5 red balls , 3 blue balls and 2 yellow balls. A ball is drawn and not replaced. A second ball is drawn. Find the probability of drawing:

ii) One blue ball and one yellow ball 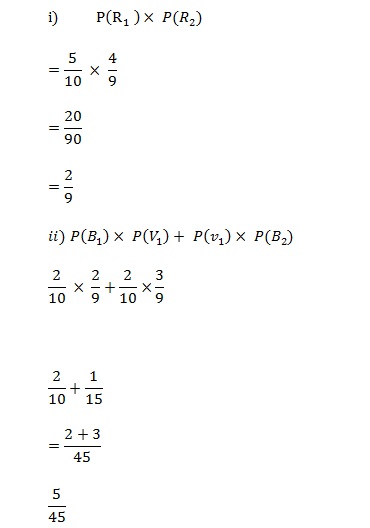 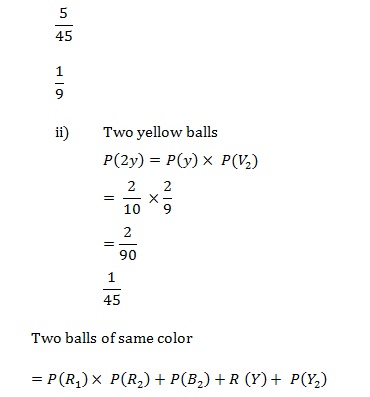 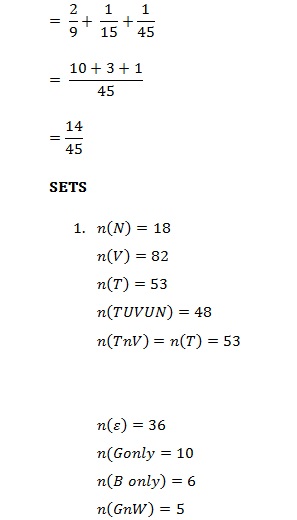 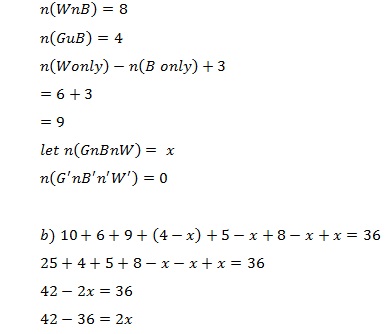 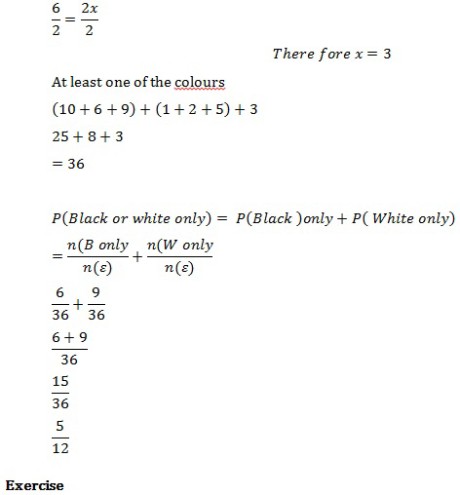 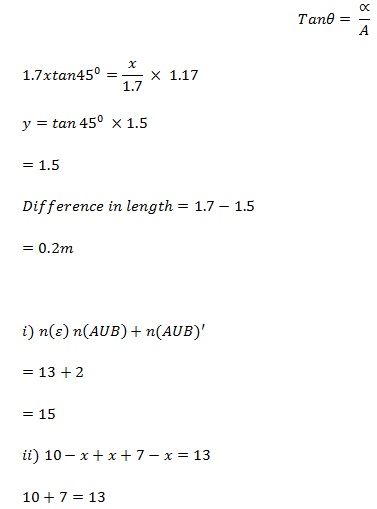 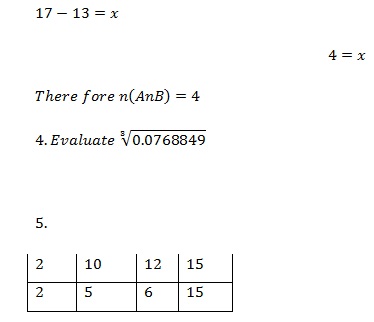 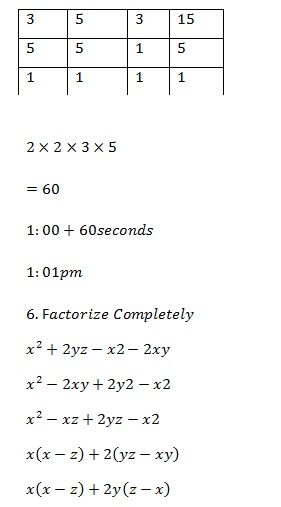 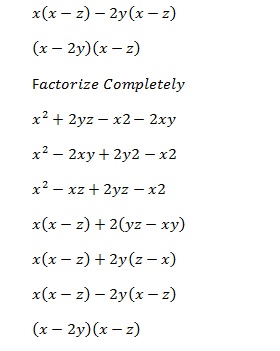 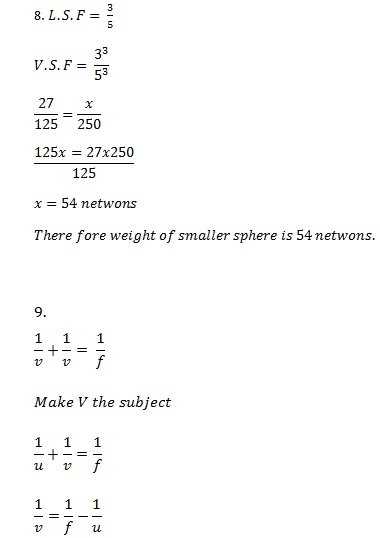 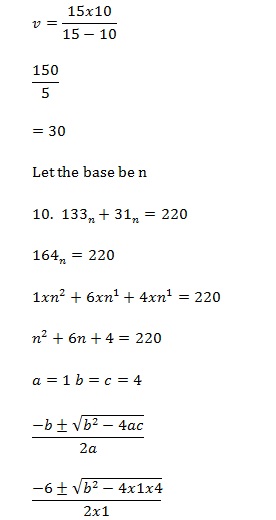 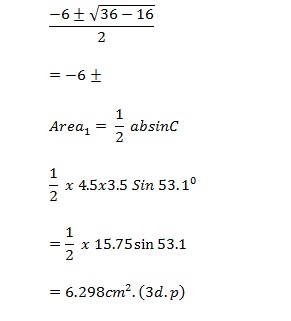