The Need for Protective Afforestion in the Tropics

Tropical ecosystems are, on the whole, more fragile than temperate ones and more liable to rapid deterioration when disrupted. Some of the reasons for this and the fact that pressures of population and land-use practices, notably over-grazing and burning, widespread destruction of forest are discussed to show the importance of tree-planting programmes for protection as one component of sustainable land-use. 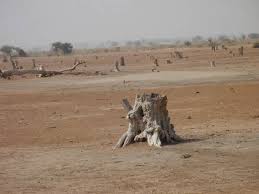 One of the reasons for establishing plantation is due to lose of vegetation cover. What is important in terms of protection is where disappearance of vegetation cover has caused major damage to the environment. The con sequences of such loss are more in mountainous and arid land. Clearance of vegetation leads to soil erosion and accelerated runoff of water from mountain slopes and contributes to the irreversible development of hard iron pans in some soils of the tropics, and to desertification in arid regions. 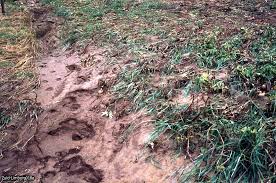 Erosion of soil is a normal geological phenomenon which plays an important role in the formation of natural landscapes. The rate of occurrence varies depending on climate, terrain (especially steepness of slopes), soil structure and the amount of vegetation cover. Wind and water are the agents of erosion. It may occur over extensive areas as surface or sheet erosion, in rills, or as gulliet. Whatever type of erosion occurs, the commonest reason for serious damage is due to rapid loss of vegetation cover. The loss may arise from over-grazing, too frequent burning, clearance for arable farming, excessive gathering of fire wood or livestock along dirt track. The less vegetation covering the soil, the more likely it is eroded, though not all soil erode the same way or to the same degree.

Soil erosion has many effects, here are three main ones:

The seriousness and frequency of damaging floods is increasing. Investigation of the incidence of flooding in the River Niger system shows that flooding has been far worse in the last 25 years than in the previous 60 years. In this case the proportion of forest cover in upper watershed is at its lowest level in historical times. The loss of forest itself need not directly be too damaging, but it is so often followed by poor farming and land-use practices or overgrazing, lacking even rudimentary conservation measures. Rain water that falls in these catchments, particularly during rain season downpours rapidly drains off the more exposed land into streams and rivers which reach peak levels that are very high.

Development of a very hard “ironstone” layer in the soil or as a surface crust is due to the presence of sesquioxide –commented material which hardens irreversibly on exposure to repeated wetting and drying in a cycle the general progress of which is towards desiccation, which occur only when vegetation are removed. Combinations of geological, hydrological and climatic factors cause iron-pan development on susceptible terrain features, notably along breaks of slope. About 3 percent of tropical soils are affected, though it is much higher in West African sub-region perhaps nearly 8 percent (FAO/UNESCO World Soil Map). Some apparently “irreversible” hardening of iron pan will succumb to erosion process gradually, and can be counteracted by growing particularly strong rooted species like Eucalytus grandis and Populous deltordct. Such species can physically disrupt and penetrate an already breaking and crumbling hard iron pan.

The Protective Role of Tree Cover

Many of the influences of trees and forest on the environment are well understood. The purposeful retention of forest or planting of trees in the tropics are done for five closely related purposes. These are soil stabilization and prevention of erosion.

Tree cover protects the soil and reduces erosion in many of the following ways:

The crowns of trees which together form the canopy and under storey and ground vegetation layers are a barrier between falling rain and soil surface. This brings about three benefits.

First, the force of rain is spent on a tree’s crown and other foliage which may absorb most of the kinetic energy of a raindrop secondly, the water from the rain falling in the crown takes longer to reach the ground as it trickles down the branches and trunk and drips of leaves.

Thirdly, the total quantity of water reaching the ground is reduced because, some moisture evaporates from leaf surfaces. These effects can greatly moderate rainfall intensity at the ground surface and virtually eliminate raindrop erosion.

Both inside a forest and for a short distance to the leeward windspeed, and consequently wind erosion are reduced.

If left undisturbed the ground beneath trees becomes covered with a layer of debris called forest litter (dead leaves, twigs, branches and grasses). The litter layer along with the ground vegetation is the most important protection for the soil surface

As well as protecting the soil from the direct impact of raindrops, the litter and humus layers absorb moisture. This further slows the movement of water into the soil (infiltration rate) and also a small amount will evaporate.

An examination of soil beneath a forest will reveal a mass of roots near the surface. Under the rain forest there is an uninterrupted mat of fine roots over every square metre of ground. The total quantities of root are very large even in a simple ecosystem.

While trees are alive this root mat is continually renewed; if a tree dies a new one soon replaces it. This living network of roots provides mechanical supports on steep slopes and is the main contribution to slope strength and prevention of landslides. But if forest is cleared and stumps killed, root regeneration stops, the old roots dies and decay, and their binding effect on the soil soon disappears.

Nearly all studies confirm this favorable effect of forest cover on erosion, provided litter and undergrowth are present, and that is why ground cover is so important in water catchments areas to reduce the sediment loading of streams and rivers that flow from them. 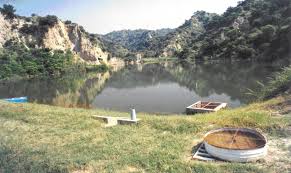 Trees and ground cover greatly reduce soil erosion. In watershed management this is not only important for preventing loss of fertile topsoil but means that water, draining from a forested or well-grassed catchments will be largely free of sediment. The destructive effect of erosion is not only loss of soil from the eroding land itself, but its transport and subsequent deposition else where. Sediment deposited in reservoirs and irrigation channels is widespread and costly consequence of deforestation in many tropical countries.

The second effect of forest cover in catchment areas is that water draining from a largely forested catchment is usually cleaner than one where land is mostly used for grazing or arable farming, which may include the additional pollution from fertilizers, pesticides, human and animal wastes. Many forest operations e.g. ground preparation, planting, control burning, forest grazing, felling and road construction cause disturbance and exposure of soil. This is one of the reasons why timber production is of secondary importance to that of leaving trees and ground cover intact, and why chemicals such as pesticides and insecticides are avoided.

Thirdly, more recently recognized effect is the role tree play in “filtering” or cleaning polluted air, leading to slightly elevated, aluminum levels and acidity in streams flowing from forested areas on poorly buffered soils. In general, any undesirable effect of forest management on water quality can be much reduced by leaving buffer zone of undisturbed vegetation next to all water courses in catchments.

Forest cover, compared with open land, affects both the pattern and total quantity of water discharge from a catchments area.

It has been noted that loss of vegetation leads to more severe flooding. It is well established that a forested watershed shows lower peak flow rates after a storm than one denuded of forest or under arable farming or overgrazed. The forest exerts some regulating influence on the flow of water. The mechanism is the same as that which reduces soil erosion, forest cover slows the movement of water through part of the hydrological cycle. The slowing, combined with the barrier and absorptive effect of the litter, lead to better filtration of water into the soil, reduced surface run-off, and therefore slower drainage from the catchments into streams and forest the infiltration rate is about twice that under cultivated ground.

Tree planting in catchments areas has the following effects:

While it is best to retain natural forest and vegetation, including grassland, it is important to maintain and under storey, ground vegetation and surface litter layer.

Trees provide shelter from hot sun and from strong winds. Planting trees for these purposes is not new but the need for it, especially in arid zones is more important than any other single environmental improvement purpose.

Poisopis juliflora and Acacia nilotica reduce wind speed by up to 60 percent.