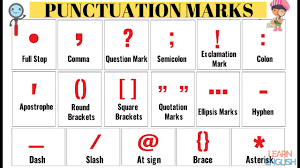 e.g. The table was cleaned.

I was told to come very early in the morning

I said, “I shall come tommorrow”

“The books were bought yesterday.” said the teacher.

e.g. Everything was created by God and He decided all of them to be in Hs image.

Uses of a full stop

E.g. Can you match God’s Glory? Definitely No.

EXCLAMATION MARK (!) (Uses of How and What)

e.g what a fat girl Jane is!

1. It is used to show possession in nouns

e.g That is Mugisha’s pen.

2. It is used to show contractions.

e.g They do not know him.

3. It is used to form plurals of letters, figures or any other items.

A Comma  is used in queston tags e.g. We are going home today, aren’t we?

SAFETY ON THE ROAD

STRUCTURES: The use of ….as soon as….

The pupils crossed the road as soon as there were no more cars coming.

The car knocked Hamza down because his bicycle had weak brakes.

These are also called inverted commas.

Pedestrians must walk on pavements.

In about four paragraphs write a composition about the causes of road accidents.

How to avoid road accidents

Write a letter to the traffic officer about the causes of road accidents.

A noun is a naming word or name of anything. Types of nouns:- common nouns, proper nouns, collective nouns, abstract nouns.

Days of the week: Monday, Wednesday

Underline the proper nouns in these sentences

These are names given to groups of things collected together. E.g.

Abstract nouns are names of things which donate an idea of state. They can not be seen, felt or touched. They can not also stand on their own. They are formed from other words like adjectives, verbs e.g. beautiful, ugly, poverty, patience, age, death, power, truth

FORMATION OF ABSTRACT NOUNS FROM VERBS

Formation of abstract nouns from adjectives and other nouns.

SINGULAR AND PLURALS OF NOUNS

Formation of plurals by adding s, es, and ies.

Nouns that have the same singular and plural form

Common nouns that are always in plural form just because they are in pairs.

Compound nouns that change both parts into plural form.

Nouns which are made up of a noun and a preposition

Compound nouns with a hyphen

Compound and common nouns without a hyphen

Article “an” is used for nouns that appear for the first time just like article “a” e.g. an accident has happened at the railway station.

N.B Article “an” is not used with proper nouns like human beings e.g. you cannot say “an Agnes”

THE DEFINITE ARTICLE “THE”

GENDER: This is the fact of being male or female. Gender can be identified in three ways.

Gender can be identified in three ways

These are words which can be used in place of a noun.

Identify objective nouns by underlining them in the sentences given

Identify and underline possessive pronouns in the given sentences.

ACTIVITY: Form reflexive pronouns from the given pronouns

Fill in the gaps with the correct reflexive pronoun.

PLURALS OF THE PRONOUNS

Re – write the sentences changing the underlined words into plural form

She is playing it form the football field

This is my book.

Irregular verbs that change “I” to “u” both past and perfect

Irregular verbs that  don’t change at all

Verbs that double letters in the continuous tense.

Verbs that end with “ie”

In the continuous tense these change “ie” toy and “ing” is added.

Activity: Change these sentences from active into passive voice.

Change these sentences from passive  voice to active voice

Activity: Use the words in the brackets to complete the sentences in present continuous tense.

Re write the following sentences in present continuous tense

Activity: Supply question tags to the given statements.

Activity: Form adjectives from the nouns

Activity : Form adjectives from the verbs

These are adjectives formed from proper nouns.  e.g.

Adjectives can be compared in three degrees:

Regular adjectives which take “more” or “less” and “most” or “least”

This is used when comparing two things, sides, parties, which are different E.G

This is used when nouns being compared are more than two. e.g

Here, one uses two clauses where each starts with article “the” followed by an adjective in comparison in comparative degree. e.g

Activity: Join these sentences using the order of adjectives

Verbs that have their ending consonants doubled.

ACTIVITY: Use the verbs given in past simple tense

Did the birds make nests on the tree?

Did a lion chase a hunter seriously?

Did the teacher arrive at noon?

Did the baby cry all night?

Here we use either “shall have” or “will have” plus the perfect of the main verb. e.g.

You will have gone by the time the office opens.

Will you have gone by the time the office opens?

A bicycle shall have been ridden by the time he comes back.

The house will have been mopped by the time I go back.

I shall have cleaned the desk by next week, shan’t I ?

The manager will have arrived by mid day, won’t he?

Activity: Give the correct question tags to the following statements.

Speeches are divided into two:

This is when we quote the speaker’s words

Position of the speech tag.

He said that he drank water everyday.

He says that he drinks water everyday.

He said that he was drinking that water then.

Jane said that she was taking those books home then.

Jane said that she had taken those books already.

The teacher said that he had spoken to her about her dressing.