This unit is about Rivers and its Development Stages

A river is a mass of water flowing through a defined channel or valley in a particular direction (direction of flow) for a long period of time.

Like any other living thing, a river has its own developmental stages and there are:

The water has a very high speed.

The volume of the water is very low.

The water is clear at this level.

Vertical erosion with an aim of deepening the valley.

The image of Melting toe of Athabasca Glacier 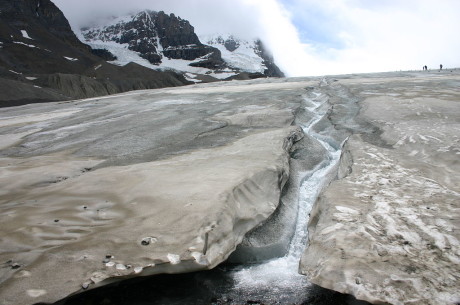 THE VIDEO DIFFERENTIATE BETWEEN A RIVER AND LAKE

The image of The Loboc River 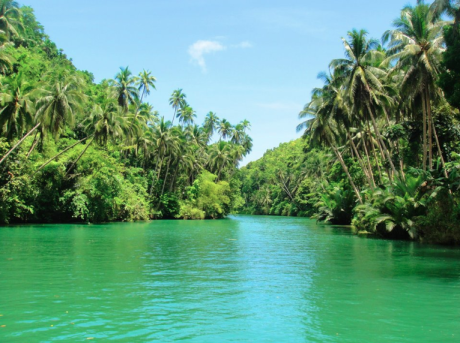 Pot holes at the bottom of the river.

No deposition Gorges and plunges.

The volume of water is moderate

The gradient will be fairly gentle

The load will be moderate.

The head is made up of competent debris

Meanders also begin at this level

Sometimes we have ox-bow lakes

The volume of water is very high

The load is large

The river is very slow when you talk speed

The gradient is flat or it’s a plan

Water is not very clear.

HOW A RIVER ERODES ITS CHANNEL

There are many processes through which a rivers erodes its channel

Amongest them we have;

This process is mainly taking place near the source of a river.

Under this process, the river lays the transported material as tools to break the rocks within the channel river valley.

These materials scratch sometimes the flow leaving behind a scratched flow. The aim of this process is to smoothen /polish the river bed so that it can attain a graded profile.

There are different chemical reactions taking place between the moving water and the minerals. There is seen by reactions of chemical weathering.

When these reactions take place the rocks are weakened which make aup part of the river bed and as a result they will break and be transported as part of the load.

This process mainly affected the load .The particles which are transported by the river. They themselves collide or knock each other and break into smaller particular and it will disappear.

HOW ARIVER TRANSPORTS ITS LOAD

This is a process by which the light materials which are transported by the river as part of its load is moved from the source to the mouth of a river.

Under this, the material mainly floats on top of the moving water or at the upper most layer of the water such materials which are transported by suspension we have littered. 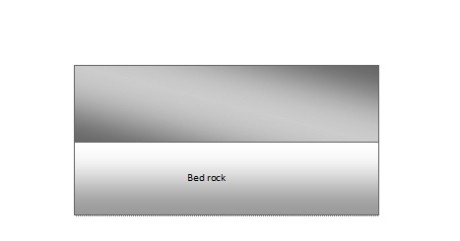 This is a process by which the light materials which are transported by the river are part its load knocks irregularities at the base of the river and bounce hence being moved further from the actual distance.

This is one of the ways in which a river transports its heat. Under traction the large particles process of rocks are dragged at the bottom of the river.

The largest particle a river car transport is called a competence. This process is mainly near the source. 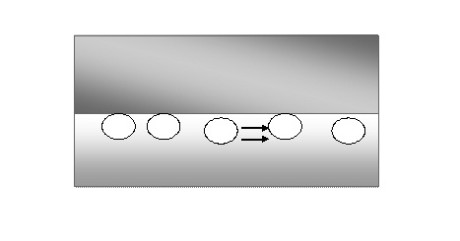 This was the movement of load which has already been dissolved in the water. The weathered salts such as charades and carbonates constitute rocks transported in this style.

With examples ,write short notes about the following

This is the process by part of the river course diverts into another system of a river which is adjacent to it.

This river has high erosive pore and its able to erode its valley more rapidly on its neighboring river.

Rivers captures another is called a pirate river or a capturing stream and the captured stream is known as the beheaded stream.

Rapturing of rivers is possible when the pirate river (stream) is flowing through a deeper valley and has high erosive power than the beheaded stream and also the pirate stream must have greater energy for vertical and head ward erosion. A river capture may take due to;

The pirate river flowing over rocks which are soft and can easily be eroded i.e. rocks which have been broken down by faulting..

If the gradient of the pirate stream is steeper than the headed stream & also the beheaded stream flowing at a fairly gentle slope flow.

The diagram below shows how a capture can take place. 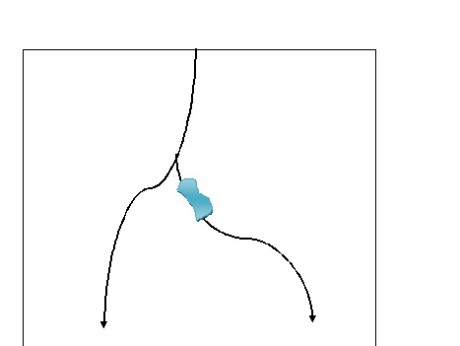 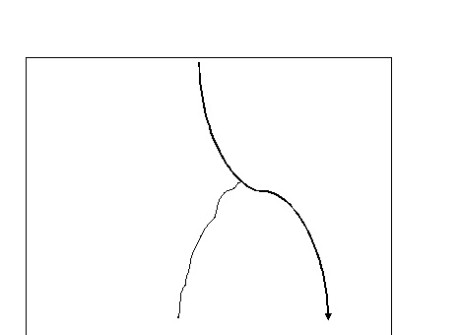 EVIDENCES OF A RIVER CAPTURE

Normally these features are formed at the vicinity of a river capture and when taken as evidences they must be more than two;-

A mist stream or u nedrfit or beheaded stream.

The beheaded stream reduces its volume of water due to a lot of it being lost to the pirate stream. This will make it took smaller to the valley through which it will be passing i.e. the valley will look big and wide.

The volume within the capturing stream will be high and the river will be bigger since a lot of water will be occupying the original valley.

In most cases (these will be too much water occupying the original valley) it will be referred to as an over fit and as a result it will flood the area.

This is the valley of the headed stream after the point of capture. In most cases it may become a dry valley or a swampy area.

The flow of the wind gap will remain with the dd river deposits of gravel and other alluvial .This valley may have water especially during the rainy season.

These are features formed after a river capture has been taken place. A knick point is a point where there is a sharp break in the slope of a river profile.

When the pirate river regains its erosive power, it cuts its valley and flows at a deeper and lower channel compared to the beheaded stream.

When the water flows down from a higher level abruptly then a waterfall will result. An example of rivers which have points is river Kuseneni in Angola where we have the Ruachana falls.

Never the point of captures the valley is under cut and deepened due to the increased volume of the head water from the stream. 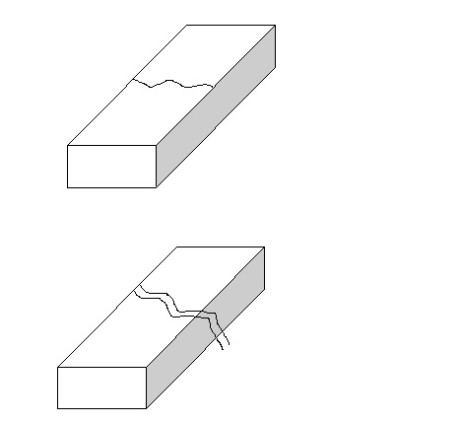 The upper RIVER Tiva was captured by the lower River Tiva .Both of them are found in River Galana in Kenya.

The Aswa River in Ug captured many small rivers which were flowing to take kyoga.

River Kafu and its tributance were caputured by River Albert Nile.

River Ruaha in Tz captured the drainage systems of kawaga and Usangu plains.

Different rock structure, if a river bed is made up of very soft rocks or jointed rocks.

The water will be able to cut deeper as compared to the hard bed rock of a river, when this happens ,the waters of the River which flows over a hard rock will be diverted to the River with a soft bed rock i.e. river was a in fort portal captured the waters of R.Nyajoroga.

When there is a rock out flow made of hard resistant rocks within the river course, a river may fail to cut it and as a result it may avoid it. There will be much erosion on the out bend and the River eventually will take another route and this may be captured by another powerful River in the vicinity.

All these plus others may result into a River capture. If there is down warping the River will bend at its lower level and if there is another river adjacent to it.

It will divert its waters westwards to the Congo basin. But due to the down warping of the lake regions of E.Africa .They were forced to change their directions and river Rwizi tributary was captured by Rr.Birira in south Western Uganda.

If we have two Rivers flowing alongside each other and one of them is stronger than the other ie that it can be able to erode vertically and head wardly with a lot of force and energy.

It will be able to capture the adjacent stream which may be weak. This took place in many areas of E.A i.e. river Aswa captured River Pager in Kitgum, River kafu captured River Tocine Okole.

The Rejuvenation of a River (Renewal of a River’s erosive power).

Erosion along the fault.

This may cause a River capture especially when the Rivers in question are flowing in areas with faulted land scape.

Theses ones which are strong may will cut down their valise more rapidly than their nearby rivers and as a result the strong rivers will capture the weak ones and an example is fopund on river was which captured Nyaboroga.

This is the Renewal of the erosive power of a River as a result increasing energy. Here the river is made young again and at this point /section the river has characteristics of the youthful stage.ie River flows very fast, as less loads vertical erosion is dominant e.t.c

CAUSES OF A RIVER RE JUVINATION

An increase in the amount of water due to very high rainfall totals and DE glaciation.

These two conditions discharge a lot of water into river channel and this will lead to the increase in the energy of a river which will help it to carry out a lot of erosion the walls of its channel hence rejuvenation of the River.

A decrease in the head carried by the River.

When this happens the River will begin eroding in order to restore the balance between the energy and the load.

The lowering of the base level.

Base level is the lowest level which a river can erode and the universal base level in the glaciations. When there is a major climatic change involving drastic lowering of global temperatures, water is removed from seas and locked up in form of ice sheets and this definitely causes a fall in sea level. This induces fast movement of rivers.

Regional uplift of the land on which the river is flowing down to the sea. When this land is uplifted, the rivers long profile is steepened .This directly causes fast movement of rivers flowing down on this steepened gradient resulting in renewed erosive activity.

This is a process through which part of a river course is diverted into the system of another neighboring river.

This again increases discharge and increases energy. The capturing river starts behaving like a young river and carries out increased erosion.

Knick points and knick point waterfalls are formed in the process.

In general rejuvenation resulting from a fall in sea level and tectonic activity is known as dynamic while that resulting from increased rainfall and river capture is referred to as static.