This Unit is about Soil and Water Conservation in Agriculture. 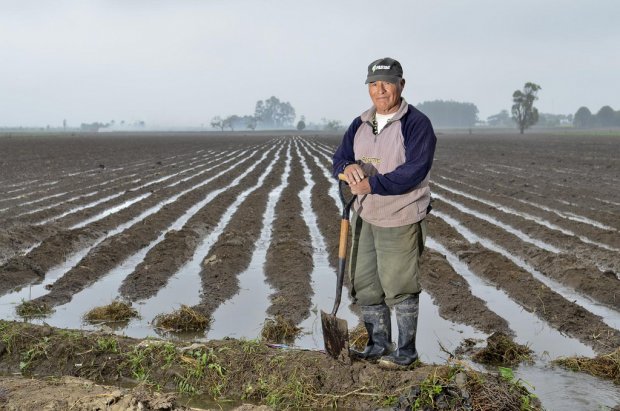 Soil and water conservation measures promote the efficient use and maintenance of soil and water in which the cultivation of crops.

Objectives of soil and water conservation:

To reduce soil losses by taking measures against the agents that cause it especially wind and water.

To maintain soil fertility that would otherwise be lost through erosion.

To retain the water that is essential for crop growth.

To maintain the physical properties of soil that one ideal for crop production e.g. good soil structure and soil texture.

Methods of soil and water conservation:

There are mainly two methods of soil and water conservation and these are:- Cultural  and machinery.

The land should be ploughed to give a rough surface which will resist the forces of erosion and improve water infiltration.

This is ploughing down to the sub soil which increases water up take by the soil, so the running water which is responsible for soil is reduced to minimum.

This improves on the rain water infiltration, controls surface run off and also improves the moisture content of the soil by reducing evaporation.

This improves on soil structure there by increasing water infiltration and retension. Its incoperation improves the coumb structure by holding the soil particles together and reduces on soil erosion.

By following a good rotation programme, crops providing less vegetative cover can be rotated with those which grow close to the ground e.g. grasses, apart from providing good ground cover, have roots that help to re build soil structure.

The trees and grasses planted reduce wind erosion, Debris from the plants absorbs water and reduces soil run off and the roots of trees have a binding effect on soil.

These are constructed form trees, shrubs and grasses which have boon taken from a coloured area. They are arranged s o as to form ridges which run across the slope. These interrupt both wind and water run off.

Those are lines of trees planted perpendicular to the direction of the prevailing winds and act as a barrier against winds which might cause soil erosion.  They should be dense enough to resist  the wind used to prevent scorching of crops by not  winds too.  Example wattles, pines, eucalyptus.

These are leafy crops which grow very close to the ground which are usually legumes so help infixing nitrogen and also act by reducing the rate of the flow of surface run off.

In this practice, the length of a slope exposed to erosion hazards is reduced by growing a variety of crops and pastures in alternate strips along the contour.

The cover crop reduces soil erosion and provides nitrogen if it is a legume.

These are heaps of soil placed across a slope. Grasses such as paspalum notatum are planed on top so as to hold the soil in place.

This is done across a slope that is along the contours. Ploughing up and down the slope is not recommended because it encourages soil erosion by water. The furrows between   the ridges developed by contour ploughing catch the water thus reducing soil erosion.

These are constructed using either a hand hoe, a tractor oran ox drawn ridges.  They conserve both water and soil. They are usually used in Irish and sweet potatoes.

These are recommended for steep areas and reduce the rate f run off water.

Water runoff is reduced if the farm is divided into smaller areas by construction of banks. The length of the slope is reduced so erosion is lessened.  Run off from each inter bank area is conducted away through a bank channel.

These are channels constructed on the upper part of a field to catch the running water and carry it away along sides of a field.

These are channels constructed across the field to catch running water and retain it for future use in the field and are constructed along contour in such a way that the water of flow away one either side.

These are building across gullies to reduce the speed of the running water and encourage sedimentation of the soil. They may be constructed of stone, wood or soil and grasses.

These are drainage channels which lead away water that has not been absorbed by the soil retained by storage structures.  They are always covered by grasses for example paspalum, star grass or kikuyu grass.