This unit is about Table Tennis and Javelin.

(b) If subsequently in the match a service by the player or his doubles partner is of dubious legality for some reason or for any other reason, the receiver shall score a point.

(c) Whenever there is a clear failure to comply with the requirements for good service, no warring stave be given and the receiver shall score a point.

Some of the types of drug we have in T.T include the following;

How to play table tennis.

Put your left leg forward if you are right-handed and vice verse.

Put your hand with the ball in front of your chest, Toss the ball upwards, bring down the bat diagonally are hit.

There are three matches in T.T and these include the following ;

THIS VIDEO GIVES THE BASICS OF TABLE TENNIS

This is a sport and exercise taught in schools.

Some of its advantages are;

It makes one physically fit.

You cannot waste your time.

In P.E we have two types of exercises these include

These include; Running, Swimming, Jumping, and Jogging.

Running is a whole-body exercise.

What to do before running.

First, jog around to get the body ready.

Look where you are going and try not to be nervous. Always be attentive listen to three words i.e on your marks, get set and go.

When running makes sure your mouth is closed because a lot of energy is used when your breath through the mouth, Make sure you keep your lane.

If it ‘s long-distance running make sure you don’t run very fast at the beginning because all your energy will be lost by the time you finish.

A person is disqualified when he/she crosses lanes.

When playing Javelin, make sure that no one is in front of you.

Face the sharp end of the Javelin in front hold on the side of your ear and run with it.

Stop on the line and throw the Javelin, you must make sure it forms a curve in the air before it lands on its tip 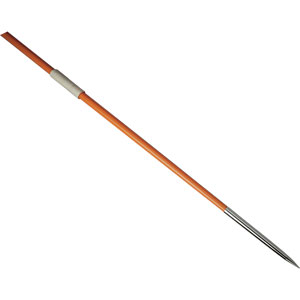 Is also another field. It is played when someone Jumps over a mental placed at a certain distance between two poles.

PARTS OF A JAVELIN

TIP: The tip should be sharp and it supposed to land.

First when the player throws the Java line.

Head: It should be metallic.

The cord grip; It is made of string and its where the player holds the Javelin from

Shaft: It can be made of wood or metal.

When bringing taking the Javelin hold it vertically to avoid injuries.

You shouldn’t just throw the javelin.

Throw when nobody is there.

IF SOMEONE IS THROWING MAKE SURE.

Look where the javelin is going because it might go on the sides and hit you.

Runway is where the player runs.

Throw before you get into – contact with the scratch line stay until the javelin lands.

The Javelin should land in the landing area with the tip fast.

A number is considered when you have touched stepped or stopped the scratch line.

If the Javelin lands flat on land.

If the Javelin touches the line of the landing area or outside.

If the thrower comes out thought the landing area.

The Javelin should held by the cord grip above the shoulder and horizontal.

Small finger facing where you are throwing and the index finger be round.

Stretch hand backgrounds and put the Javelin at an angle and throw.

Three (3) Trials are given in Javelin.

THIS VIDEO SHOWS THE BASICS OF A JAVELIN