CHE1: THE ATMOSPHERE AND OXYGEN

This unit involves the preparation of Oxygen from various substances through different experiments carried out. 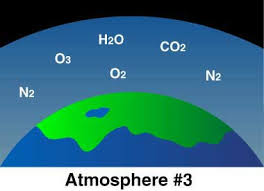 Iron rust is a brown costing which forms on an iron article when it is exposed to dump air.

How would you show that those conditions are necessary for rusting to occur?

How is rusting prevent?

To show that air is necessary for rusting to occur

Apparatus set up as follows;- 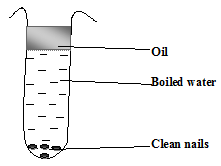 Boiling water helps to drive out air and the oil kept air from re dissolving as it cools. After 2 days on the third day the nails have not yet rusted.

To show that moisture is necessary for rusting to take place. 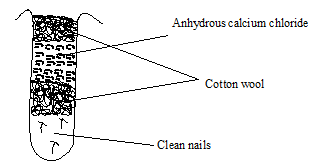 Anhydrous calcium chloride is a drying agent therefore it keeps the air dry. After a few days the nails don’t have brown coating.

Anhydrous calcium chloride is hygroscopic because it absorbs water from the atmosphere but doesn’t dissolve in it necessarily.

That is iron rust is hydrated iron (III) Oxide

Is a compound or mixture

How would you determine the % of oxygen in the air?

What is a catalyst?

A catalyst is a substance which changes the cater of a reception by amines chemically unchanged. 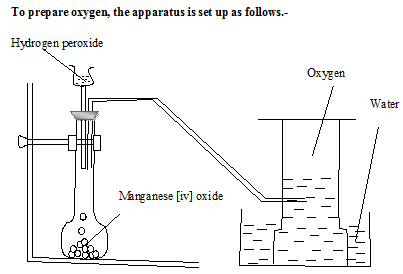 Apparatus set up as follows.- 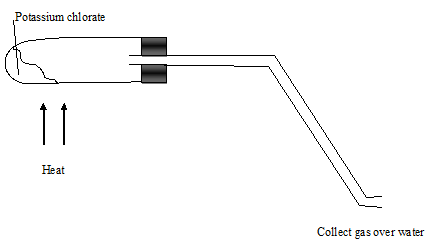 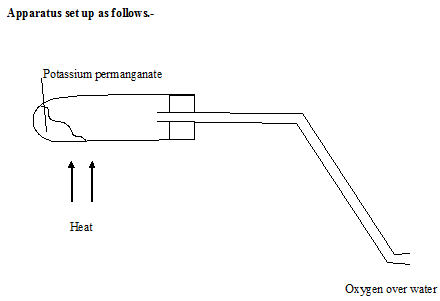 When mercuric oxide is heated it gives off oxygen 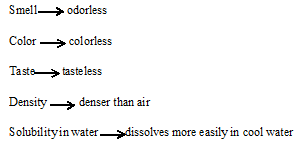 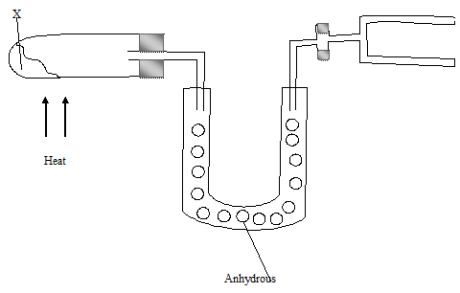 To prepare that dry oxygen it can be dried using anhydrous calcium chloride then collected into a gas syringe or using concentrate sulphuric acid. 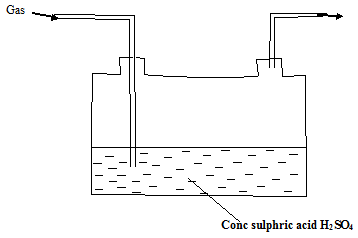 It is neutral to litmus

It was lowered into a glass jar with oxygen. It produces a white flame, a whitish gas and arch. The arch was added to water and it turned purple.

Magnesium Ribbon was lowered into oxygen and turned water purple.

Sodium is kept in kerosene to keep it from water and air. Potassium chlorate and manganese (iv) oxide are separated from sodium with gas wool. Sodium producers an orange flame which turns green after cooling. Red litmus paper in water and the green residue from sodium turns it blue.

Sodium and magnesium are examples of metals. Metal combine with oxygen farming basic (sometimes amphoteric) acids. If a base dissolves in water, the solution is called an alkaline.

These are natural reactions that require oxygen.

By fractional distillation of liquid air

It is a compound

Where is water found?

How does it got to our homes?

This pumped from the lakes thoroughly filtered and then treated with chlorine with kills’ germs.

Tap water is not chemically pure because it contains dissolve substances like chlorine which treats it.

How would you show that a given liquid could be water?

Any substance that could be water should turn blue cobalt chloride paper pink. Water should be neutral to litmus paper.

How would you show that a liquid is water?

Water dissolves a lot of substances

What is a hydrate?

A substance which contains water of crystallization

What is the efflorescence?

Water in the atmosphere

Water in the air

Some substances absorb water from the atmosphere while others release it.

Deliquescent substance: absorb water from the atmosphere and dissolve in it to become wet to form a solution.

Is the process of absorbing water by a substance to form a solution or to become wet when it is exposed to air.