PAR: The concept of epidemiology and Parasitic Disease transmission

This unit bases on transmission of disease by parasites

By virtue of their nature, parasites reside in their hosts, depend on their hosts for physiological and nutritional ends and hence often result in adverse effects on their host.

The parasite-host interaction does not occur in isolation; rather it is affected by conditions known as risk factors. A risk factor which must occur for a disease situation to arise is known as the necessary risk while the organism/parasite which causes the disease is called an agent.

The causal web is a simple triangle which shows the inevitable link between the agent (parasite), the host and the environment. Often times especially with parasitic infections, there may be a vector which links all components as shown below. 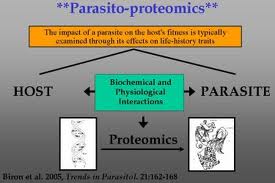 Thus a number of factors predisposes a host to attack by a vector, affects vector viability and life cycles and even how the host respond to parasitic infections/diseases. All these add up into the concept of Epidemiology.

The concept of epidemiology

Epidemiology is the study of the disease pattern and distribution, within a defined community or population.

It is an interdisciplinary subject, involving medicine, science, geography and statistics. Epidemiology is a quantitative science that evaluates the occurrence, distribution, determinants of control of disease pattern in a defined population. Thus in epidemiology, demographic and social characteristics of the host such as population density, poverty etc. are important attributes in epidemiological studies. Physical, biological, sociological and psychological variables are significant determinants of disease distribution and patterns. They are considered as extrinsic factors. Demographic and social attributes of the definitive host are significant factors in disease manifestation. The demographic factors include:

Thus epidemiology is a scientific enquiry on disease occurrence. i.e the study of disease distribution and its determinants. The unit of the study of epidemiology is a defined or identifiable population. A population in this context is not always defined by geographical boundries rather by a number of other factors such as age, sex, occupation, ethnicity, religion, institution, etc.

Epidemiology is therefore the study of disease occurrence in populations- humans, plants, animals.

It is indeed an analytical arm of community and preventive medicine, utilizing statistics as a working tool. It is integral to the management of public health and it aims to improve the health of the population.

The aims of epidemiology includes to :

Determine the primary agent or ascertain causative factors Understand the causation of disease, disorders or conditions

Determine, describe and report the natural cause of disease, disability, injury and/or death

Aid in planning and development of health services and