MPA: THE CONCEPT OF MAP PROJECTION

This unit is based on the aspects of map projection

What is Map Projection?

The Earth’s surface is curved but as it must be shown on a flat sheet there is need for a projection. A projection is a method by which the curved surface of the earth is represented on a flat surface. It involves the use of mathematical transformations between the location of places on the earth and their projected locations on the plane (flat surface e.g. paper). A map projection is a mathematically described technique of how to represent the Earth’s curved surface on a flat map. In other words, it is the mathematical process of transforming the spherical earth into a flat earth (Figure 4.0). It is also the representation of parts of the surface of the Earth on a flat paper map or on a computer screen. Every map we see on paper has been projected; it is the projected version of the spherical earth 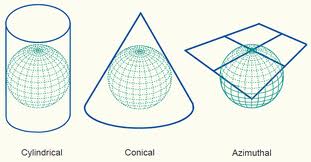 There is simply no way to flatten out a piece of ellipsoidal or spherical surface without stretching some parts of the surface more than others. The amount and which kind of distortions a map will have depends largely – next to size of the area being mapped – on the type of the map projection that has been selected.

Projections can be identified by the distortions which they avoid – in general a projection can belong to only one of these classes: 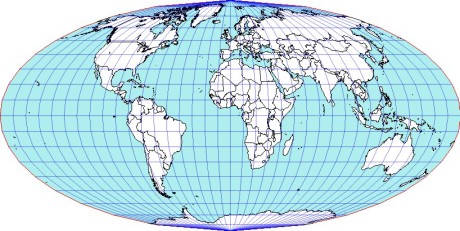 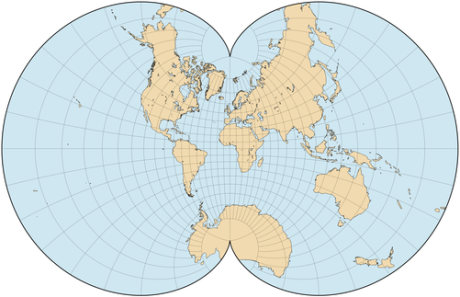 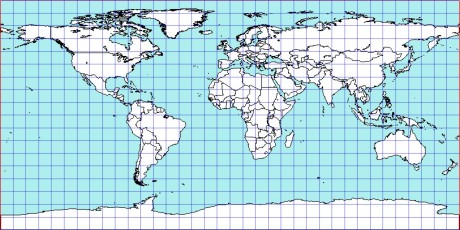