This unit is about the Graben which are the minor cracks in the rift valley. 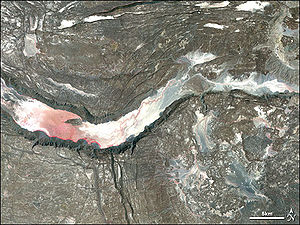 Grabens are minor cracks /rifts within the rift valley.

Grabens are formed in the same way as the rift valley was formed except that the level of faulting is minor and the displacement also is minor,

Example as are found mainly with in the eastern arm of the east African rift valley. 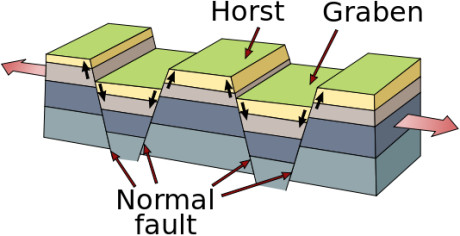 THE EFFECTS OF THE FAULTING ON THE LANDSCAPE

It has led to the formation of the East African rift valley.

It has led to the formation of mountains like Rwenzori.

It has led to escarpments

It has led to reversed faults.

It has led to gardens

EFFECTS OF FAULTING TO THE DRAINAGE

It has led to the formation of the Rift valley lakes.

Rift valley lakes have the following Characteristics they are deep, narrow & long.

It led to the formation of waterfalls g Murchison falls

It led to the formation of fault guided valleys occupied by rrivers e.g Aswain another Uganda

Indirectly faulting led to sources of rivers eg L.Mubuku which has the source of Mt.Rwenzori.

Faulting led to the emission of hot stream /gasses within the rift valley this is found especially within the eastern arm of the East African rift valley near Naivasha 7 the steam is used for the generation of geo-electricity at Olkaria.

EFFECTS OF FAULTING ON THE ECONOMIC GEOGRAPHIC OF EAST AFRICA

Faulting has created one of the most impressive sceneries in the world e.g. horsts, escarpments, rift valleys and other related landscapes.

These are potential attractions to tourists and help to generate foreign exchange to the nation and also provide employment to the people.

Faulting has created rapids and waterfalls which are a potential source of hydro electric power e.g. his can be formed at Murchison falls.

Due to the formation of Rwenzori ranges, copper bearing rocks were brought near the surface e.g. at kilembe.

This has led to the employment and also revenue to the government has been gotten.

Faulting has been responsible for the reversal of the drainage in Uganda, hence leading to the formation of Lakes Rivers, like L.Kyoga, and rift valleys have also been created.

Lakes help in the following ways; they modify the climate, source of fish to supplement people’s diets, used for irrigation in dry areas, water for domestic & industrial use & also facilitate inland water transport.

The permanent snow fields on Rwenzori Mountains provide water to rivers such as Nyamwamba & Mubuku which may be used for irrigation for domestic in industrial use etc.

The slope of high mountains such as rwenzori, usambara mtns,

The Ulguru mtns etc generally encourage growth of alphone forests that can be exploited for timber, fel, modifiers of climate etc.

Faulting in East African created grabens some of which have been occupied by water to form lakes.

These are new fishing grounds e.g. Naivasha, Albert & the fish is a source of employment & government revenue through taxation & licensing besides being a major sources of proteins.

Faulting leads to the formation of hot springs which emit steam used for generating thermal electricity.

It has also led to the formation of rivers which are used in the generation of H.E.P eg on R.Mubuku which is used within Kasese district Kabarole (part of) district in western Ug.

Through faulting, Rift valleys are formed which are depressions with flat or nearly flat floors.

These floors are potential sites for modern agriculture since the flat land scope provides ideal conditions for mechanized agriculture.

on flat or gentle surfaces compared to steep or golly terrains, cotton .maize & other crops which tolerate fairly temperatures & moderate rift valley can be grown

Faulting has also hampered the navigability of rivers at certain sections e.g. the Nile at Murchison falls cannot be crossed by boats etc.

Faulting is responsible for the creation of rain shadow areas exp along the Kasese – Mbra corridor. This is the reason why at Mubuku, irrigation is practiced. Also rift valley areas of Narok in Kenya experience very dry climate conditions.

Generally samarium fly [Mbwa] which causes river blindness breeds in fast flowing H2O and this is associated with where rapids and waterfalls exist. So such areas are potential sites where these vectors could easily live and breed.

There is flooding within the rift valley in some parts.

Sometimes those areas are affected with earth quakes ie in Kabarole near the semliki trough. 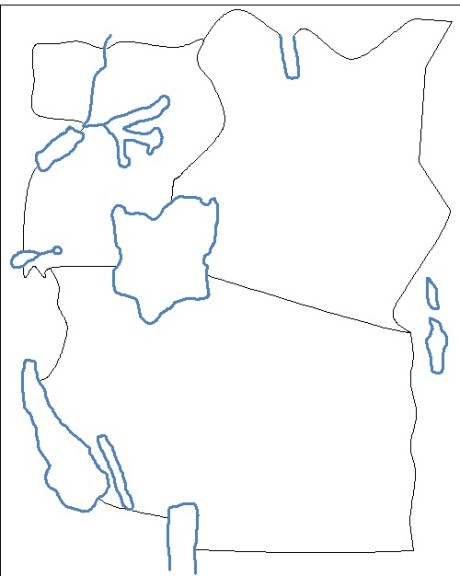