THE PEOPLE OF PRE-COLONIAL UGANDA .

This Unit is about the people of Pre- Colonial Uganda. 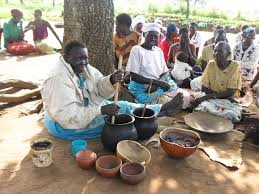 THE PEOPLE OF PRE  COLONIAL  UGANDA .

Inhabitants of Uganda before the coming of different ethnic groups were the bushmen.

What is an ethnic group?

An ethnic group is a group of people with different tribes but sharing the same origin and speak related languages.

A tribe is a group of people having the same ancestors and fore fathers.

This is the acceptable way of life among a particular group of people in a society.

The earliest people to live Uganda were the Bushmen.

Who were the Bantu?

What was the occupation of the Bantu?

The Bantu carried out farming or agriculture.

The Bantu entered Uganda from the Western direction.

Bantu settled in the interlacustrine region.

What is an interlacustrine region?

It is the land between the great lakes of Uganda, East Africa, Africa.

Give  reasons why the Bantu settled in the interlacustrine region.

The fertile soils encouraged them to carry out agriculture

Name tribes which belong to Bantu

A map showing the expansion of the Bantu people 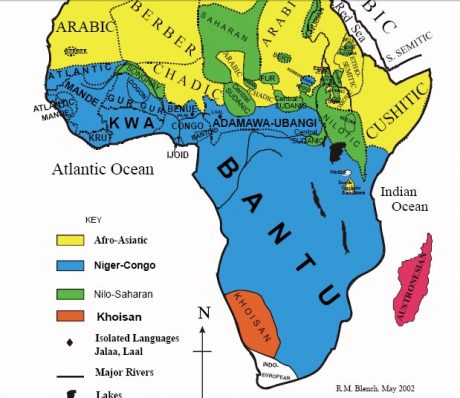 Reasons why the Bantu migrated from their homeland

Suggest problems faced by ethnic groups in their movement and settlement

How were thick forests, mountains and rivers affect the ethnic groups during movement

It was difficult to cross the rivers and mountains.

The Nilotes are divided into three main groups

The River Lake Nilotes in Uganda include

They entered Uganda from the Northern direction following River Nile

The Nilotes were cattle keepers (Pastoralists)

Why did the Nilotes change from cattle keeping to mixed farming

They originated from North West of L. Turkana.

They originated from north west of Lake Turkana,

What was the major occupation of plain Nilotes

They were cattle keepers.

They entered Uganda from north east.

They settled around foot hills of Mt. Elgon in the present day Kapchorwa.

The highland Nilotes in Uganda include Sabiny.

Highlands and Nilotes were cattle keepers .and crop farmers.

Crops grown by the sabiny

Today wheat is the major crop grown in Kapchorwa.

State  reasons for the success of wheat growing in Kapchorwa

Suggest  reasons why the Nilotes migrated.

i) Love for adventure.

ii) Out break for famine.

iv) Looking for water and pasture.

v) They were over populated.

They introduced new breeds of cattle.

They introduced cattle rustling which created insecurity in the neighbouring districts.

They are found in West Nile.

They are crop cultivators and fishermen.

Their origin started in Juba

Reasons why the Sudan migrated

Running away from civil wars.

They entered Uganda from south west.

These are stories which tell people about the past.

Why legends are important to us

Iv Helps to identify some of the ancestors of different communities.

Myth is a story that is told to explain about the mysteries of the world.

Factors that influence the settlement patterns of ethnic groups.

i) Fishermen settled near lakes.

V) Forested areas were avoided due dangerous animals and pests