UGANDA AS AN INDEPENDENT STATE/NATION

This Unit is about Uganda as a nation and all the things that represent it. 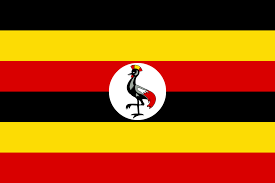 UGANDA AS AN INDEPENDENT STATE/NATION

What is a nation A group of people living together within the same geographical and political boundaries under one government.

Homogenous nation-A group of  people who may speak the same language and have the same culture.eg Swazi of Swaziland and Banyarwanda of Rwanda.

Heterogenous nation Anation made up of different ethnic groups.eg Uganda

Is a country free from colonial rule.

Uganda got independence on 9th October.

Characteristics of a state

It has a national leader.

It has its own leader.

It has clearly marked boundaries.

It has a government.

Is an area or community with its own government.

Symbols of a government 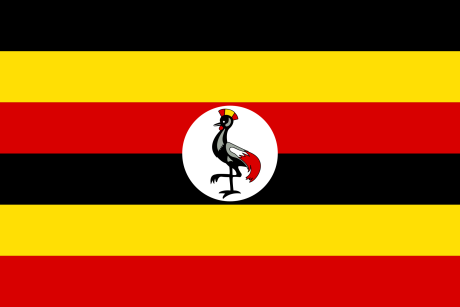 Who designed the Uganda Flag?

Colours of the Uganda Flag

The people of Uganda and Africa.

When is Uganda Flag flown at half mast?

When a very important person has died declared by parliament.

Mention places where the Uganda National flag is flown?

How to care for the National Flag/How to use it

i) Should not be used to wrap things.

ii) Should not be burnt.

iii)Should not be allowed to touch the ground.

iv) The crested crane should face the pole when it is being flown.

v) Should not be left in rain.

What does the crested crane represent as it is on National Flag?

It symbolizes the national emblem. 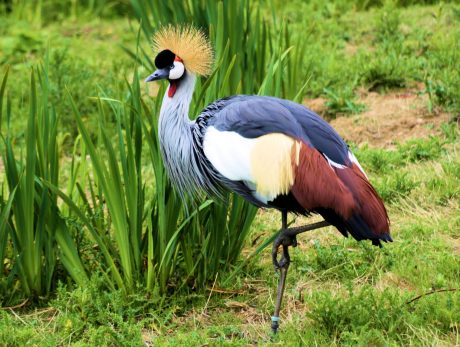 Importance of the Uganda National Flag

Why is the National Flag put on the Presidential official car?

The crested crane was chosen as national symbol.

Characteristics of a crested crane

i) The crested crane is gentle.

ii) The crested crane is peaceful.

iii) The crested crane is humble.

What does the crested crane symbolize to Ugandans?

The crested crane is used on the following government official documents

Why is crested crane standing on one leg?

This is when Uganda got independence. George William Kakoma.

Before, Uganda got independence the British anthem was always sung.

We lay our future in they hand.

Together we will always stand.

Oh Uganda! The land of freedom.

Our love and labour we give.

And with neighbours all

At our country call

in and friendship we live.

Oh Uganda! The land that feeds us.

By sun and fertile soil grown.

For our own dear land

We shall always stand

The pearl of Africa’s crown.

In which way do people respect the National Anthem

i) By showing attention.

ii) By standing up right.

iii) The scouts and army salute.

iv) The disabled who cant stand raise up their right arm as they are seated.

Occasions at which the National Anthem are sung

Note:  One stanza is sung at the starting of a play in the theatre.

Two stanzas are sung when the president at the function.

Three stanzas are sung when

i) A visiting head of state is present at the function.

ii) When a president dies.

Important things that can be learnt from national anthem

i) Believe in one God.

ii) There is unity and freedom in Uganda.

iii) Ugandans are living in peace with neighbours.

What are the similarities between the motto and the Uganda first verse?

Both show that Uganda is a God fearing country.

FOR GOD AND MY COUNTRY

Lessons of the National Motto

Uganda is a God fearing country. 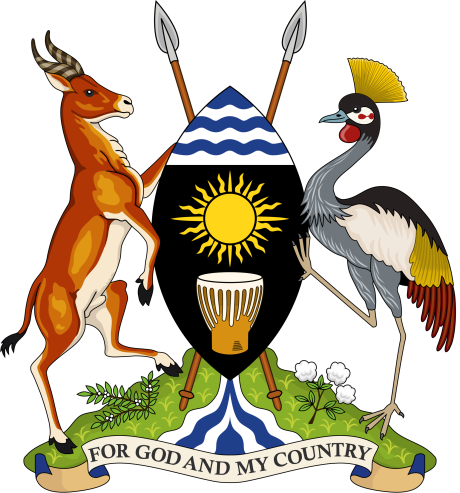 What does the coat of arms represent?

It represents political, cultural,  social and economic aspects of a country.

i) It symbolizes peacefulness of Ugandans.

ii) It symbolizes humbleness of Ugandans.

iv) It symbolizes the gentleness of Ugandans.

It represents traditional means of communications.

It represents culture and entertainment.

The Shield and Spears

The Blue strips on top of the shield

Represents the source of the River Nile.

It shows Uganda is a God fearing country.

Importance of National Coat of Arms

It is a symbol of independence.

It is a symbol of nation

Other  things which show we are a nation

Language commonly spoken by majority of the people in a country.

Creates unity among the people.

It represents a New Nation Uganda was born.

It was unveiled by Dr. Apollo Milton Obote

It was designed by Gregory Maloba