Sexuality is not just about “sex” and certain body parts that are associated with males and females. Sexuality includes sexual orientation, such as who a person is attracted to and whether the person identifies as heterosexual, homosexual or bisexual, as well as their  sexual fantasies and attitudes and values related to sex.

Sexual orientation refers to sexual and romantic feelings for people of the same gender, a different gender, or more than one gender.

Human sexual development is a process that occurs throughout the lifespan. There are important biological and psychological aspects of sexuality that differ in children and adolescents, and later in adults and the elderly.

The process of achieving sexual maturity begins at conception and ends at death. It is influenced by biological maturation/aging, by progression through the socially-defined stages of childhood, adolescence, adulthood, and later life, and by the person’s relationships with others, including family members, intimate partners, and friends.

These forces shape the person’s gender and sexual identities, sexual attitudes and sexual behavior. Adults display their sexuality in a variety of lifestyles, with heterosexual marriage being the most common. This diversity contributes to the vitality of society. Although changes in sexual functioning in later life are common, sexual interest and desire may continue until death.

Though sexual development is typically associated with the teen years, in reality young kids develop an emotional and physical foundation for sexuality in many subtle ways from infancy.

Physical and emotional changes become more dramatic and complex with the onset of puberty and into the teen years, and kids are likely to have lots of questions.

Babies’ earliest emotional attachments are formed with their parents through physical contact that expresses their love. Being held and touched, kissed and hugged, snuggled and tickled allows babies to experience comforting, positive physical sensations associated with being loved.

My body. Many parents have called their doctors expressing concern because their kids touch their genitals during diaper changes or their baby boys have frequent erections. They’re reassured that these behaviors are perfectly normal and told that even the youngest children naturally explore their bodies. And many kids, especially toddlers, enjoy being naked.

How you react — your voice, the words you use, your facial expressions — is one of your child’s first lessons in sexuality. By not responding with anger, surprise, or disapproving words, you teach your child that this curiosity about his or her body is a normal part of life.

Gender awareness. By age 2 or 3, a child starts to develop a sense of being a male or female. This awareness is called gender identity. Kids this age start to understand the difference between boys and girls, and can identify themselves as one or the other. Some people think gender identity is biologically determined and some say it’s a product of a child’s environment. Most likely, it’s a combination of both.

And at this age kids begin to associate certain behaviors, called gender roles, with being male or female. Gender roles are culturally derived. What is masculine? What is feminine? How do boys and men behave? How do girls and women behave? As you decide what you want to teach your kids about gender roles, be aware of the messages they get both in and out of the home.

Development from infancy to adulthood

Infancy, typically the first year of life, is the first important stage of human development. Many physical milestones occur during this stage as an infant gains control over its body. However, infants must rely on others to meet most of their needs. They learn to trust other people as needs are met. They need to feel this security in order to properly develop both physically and emotionally.

Like your puppy, an infant needs to be loved and nurtured. As you met the needs of your puppy, he/she learned to trust and bond with you while he/she also developed physically.

The next stage of human development is childhood, during which children start to explore and develop a sense of independence. Eventually, children learn to make their own decisions and they discover that their actions have consequences. As they learn and grow, they develop a sense of self. Children need to be nurtured so that they develop self-confidence instead self-esteem issues. Achieving a healthy level of self-confidence helps children stay motivated to achieve. A child also needs guidance as they begin to test out new skills and gain confidence in their decision-making.

Early adolescence is the first stage and occurs from ages 10 to 14. Puberty usually begins during this stage. Like Henry, people in this stage become aware of their rapidly changing bodies and start to worry about their physical appearance. They might experience shyness, blushing, modesty, and a greater interest in privacy.

Middle adolescence is the second stage and occurs from ages 15 to 17. By this time, puberty has passed. Teens in this stage are extremely concerned with how they look, and they think others are concerned, too. They spend a large amount of time grooming, exercising, and modifying their physical appearance. 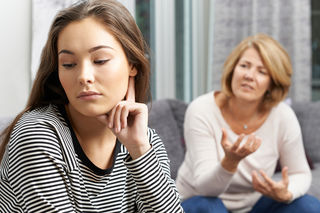 The late adolescent stands at a transforming moment in life. He has progressed through a huge developmental trajectory that began 18 years ago. The accumulated physical, cognitive, emotional, and social experiences of infancy, early childhood, middle childhood, and the earlier phases of adolescence have prepared him for the final transition to adulthood. This transition is the work of late adolescence.

An adolescent acquires secondary sex characteristics. In girls to name some of the secondary sex characteristics are appearance of breast; voice becomes more delicate, spurt in physical structure, beginning of monthly cycle etc. whereas in boy’s appearance of beard and moustache, voice becomes rough, sudden growth in height etc

The physical and mental changes are predictable, but that doesn’t make this age group any easier to understand and communicate with.

Some specialists find that the difficulties of adolescence have been exaggerated and that for many adolescents the process of maturation is largely peaceful and untroubled. Other specialists consider adolescence to be an intense and often stressful developmental period characterized by specific types of behaviour.

Deviance is an odd or unacceptable behavior

With little power and little control over their lives, teens often feel that they have marginal status and therefore may be driven to seek the respect that they feel they lack. Without clear roles, adolescents may establish their own pecking order and spend their time pursuing irresponsible or deviant activities. For example, unwed teen motherhood is sometimes the result of a desire for attention, respect, and control, while most gang fights and instances of juvenile homicide occur when teenagers (boys and girls alike) feel that they have been slighted or offended by others. Such deviance can take many forms. Insecurity and rage often lead to vandalism, juvenile delinquency, and illegal use of drugs and alcohol. Violence and crime, of course, are as old as humankind.

Attitude towards the opposite sex

Numerous researches have indicated that during adolescence, boys have positive attitudes towards girls. Whereas girls has negative attitude towards opposite sex as compared to boys.

The early and late childhood period boys like to play with boys and girls prefer to be comfortable in the company of girls. Developing relationship with same sex friends and getting their approval and acceptance is one of the important characteristic of interpersonal relationship. The maximum socialization takes place during this stage.

But as childhood period end and child enters into an adolescent stage suddenly due to hormonal changes and development of secondary sex characteristics the interest in opposite sex becomes more significant.

He or she becomes conscious towards oneself as well as towards opposite sex.An adolescent spends lot of time looking at himself or herself in the mirror, new look in hair style, preference in clothing and dressing up manners changes, use of cosmetics and interest in looking good increases. Sudden changes occur in improving self image and having better self impression on opposite sex. Girls become shy in the presence of boys where as boys feel embarrassed in the presence of girls.

The acceptance by opposite sex members not only gives the feeling of approval and acceptance but also increases confidence into social relationship which in turn becomes the foundation for adult level. An adolescent is sensitive towards their friend’s comments on their looks, dress, outfits, social skills and social manners. In turn, it develop either positive or negative attitude towards opposite sex.

Also known as Paraphilia ,and sexual perversion, sexual deviation is the experience of intense sexual arousal to atypical objects, situations, fantasies, behaviors, or individuals. Sexual deviation sexual behavior or fantasy outside that which is morally, biologically, or legally sanctioned, oftenspecifically one of the paraphilias.

Sexual deviation disorders are usually classified under the sub-section of the paraphilias in the DSM -Ill. I The essential feature of this group of disorder is that unusual or bizarre imaginery or acts are necessary for sexual excitement. However, it must be stressed that sexual deviants are also capable of having normal sexual relationships.

One meaning of being created in the image of God is mankind’s unique capacity for moral and rational awareness. God made humans to be inherently different from animals. He built into us some of His own qualities; we share with Him the experience of personality, truth, beauty, meaning, will, and reason. These attributes allow us to relate to God in ways other created beings cannot. Another meaning is that humans were meant to stand as the image of God’s authority on the earth as we rule over and subdue the rest of His creation.

That we are made by God, in the image of God, is what gives all men and women deep value. That point is echoed throughout the Bible. James, for instance, points out that we ought not curse human beings because they (we) are made in God’s likeness (James 3:9). Those who bear God’s image should not be treated disrespectfully or discarded easily. It is not surprising, or illogical, to see that cultures which reject the idea of man’s creation in the image of God are cultures which terrorize and abuse other human beings.