This is the separation of white light into various colours listed in order. The colours are red, orange, yellow, green, blue, indigo, and violet. The bundle of colours formed is called a spectrum.

Visible light spectrum can be made by passing a beam of white light through a glass prism.

How obtain a pure spectrum

The spectrum obtained above is impure i.e. the colours of the spectrum overlap one another
Apure spectrum is one in which light of one colour only forms each part of the image on the screen without overlap.

This can be achieved by placing a convex lens in front of the prism to increase on the deviation of the colours as they pass through the prism.

Lens L produces parallel beam of white light. The light is then dispersed and deviated at the prism sprinting up into various colours.
Lens B collects the different coloured lines so that the parallel beam of each separate colour is focused on the screen.

Recombination of the spectrum:

The colours of the spectrum can be recombined by;
(i) Arranging a second prism so that the light is deviated in the opposite direction. 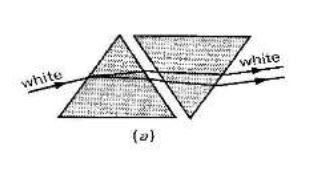 (ii) Using an electric motor to rotate at high speed, a disc with spectral colours from its sectors as shown below. 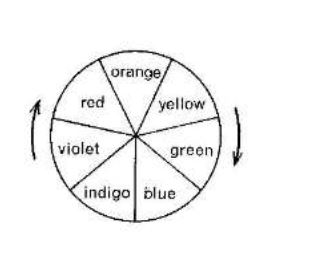 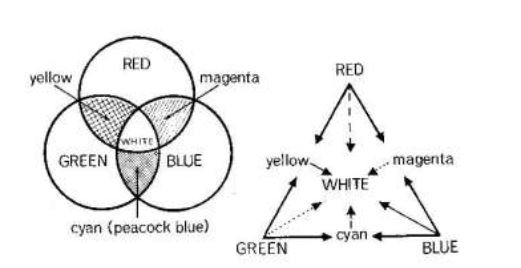 Coloured objects in white light
A coloured object reflects and transmits its own colour and absorbs other colour incident on it.
Examples: 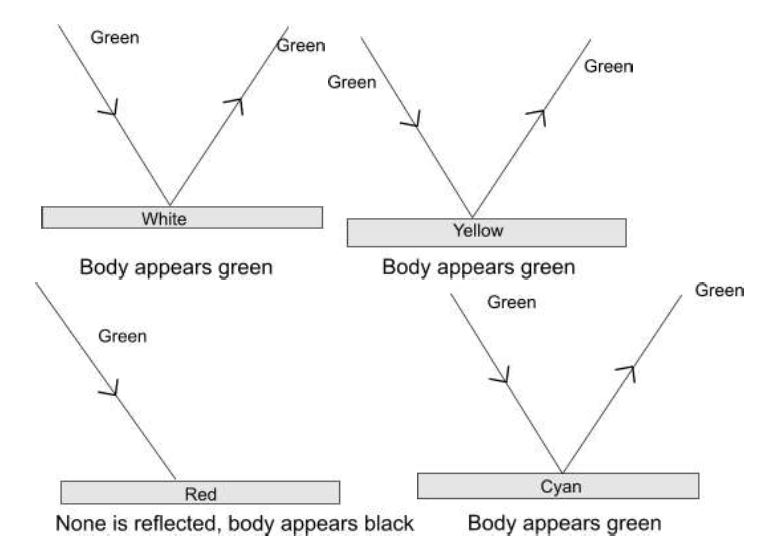 A pigment is a substance which gives its colour to another substance .A pigment absorbs all the
colours except its own which it reflects. When pigments are mixed, the colour reflected is the
common to all e.g. blue + yellow green
Yellow + orange black
Green + indigo blue
The blue reflects indigo and green, its neighbour in the spectrum as well as blue
Yellow reflects green, yellow and orange, only green is reflected by both