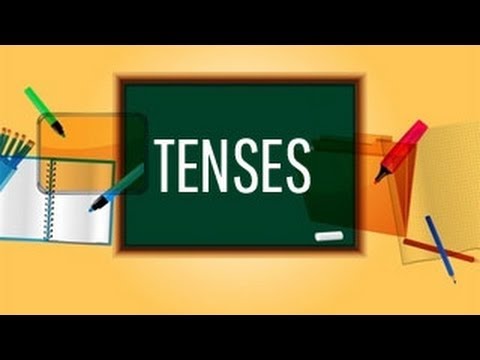 As we can understand from the name, a past tense verb is used to indicate an action, event or condition that has happened in the past. Each tense has four aspects that talks about the completion of the event or action and based on that, we have four types of past tense verbs:

Simple Past/ Past Simple

The simple past (also called past simple, past indefinite or preterite) is a verb tense which is used to show that a completed action took place at a specific time in the past. The simple past is also frequently used to talk about past habits and generalizations. Read on for detailed descriptions, examples, and simple past exercises.

You always use the simple past when you say when something happened, so it is associated with certain past time expressions

Note: the word ago is a useful way of expressing the distance into the past. It is placed after the period of time: a week ago, three years ago, a minute ago.

USE 1 Completed Action in the Past

USE 2 A Series of Completed Actions

We use the simple past to list a series of completed actions in the past. These actions happen 1st, 2nd, 3rd, 4th, and so on.

USE 3 Duration in the Past

The simple past can be used with a duration which starts and stops in the past. A duration is a longer action often indicated by expressions such as: for two years, for five minutes, all day, all year, etc.

USE 4 Habits in the Past

The simple past can also be used to describe a habit which stopped in the past. It can have the same meaning as “used to.” To make it clear that we are talking about a habit, we often add expressions such as: always, often, usually, never, when I was a child, when I was younger, etc.

USE 5 Past Facts or Generalizations

The simple past can also be used to describe past facts or generalizations which are no longer true. As in USE 4 above, this use of the simple past is quite similar to the expression “used to.”

The Past Continuous Tense

There are many situations in which this verb tense might be used in a sentence. For example, it is often used to describe conditions that existed in the past.

The sun was shining  every day that summer.
As I spoke, the children were laughing at my cleverness.

It can also be used to describe something that was happening continuously in the past when another action interrupted it.

The audience was applauding  until he fell off the stage.
I was making dinner when she arrived.

The past continuous can shed light on what was happening at a precise time in the past.

At 6 o’clock, I was eating dinner.

It can also refer to a habitual action in the past.

She was talking  constantly in class in those days.

One final caution: Though the irregularities are few, not every verb is suited to describing a continuous action. Certain verbs can’t be used in the past continuous tense. One common example is the verb to arrive.

Formulating the Past Perfect Continuous Tense

This tense is formed with the past perfect tense of the verb ‘to be’, which is ‘had been’ and the present participle of the verb i.e ‘-ing’.

The Past Perfect Tense

The past perfect refers to a time earlier than before now. It is used to make it clear that one event happened before another in the past. It does not matter which event is mentioned first – the tense makes it clear which one happened first.

The Past Perfect tense in English is composed of two parts: the past tense of the verb to have (had) + the past participle of the main verb.

The past perfect is formed using had + past participle. Questions are indicated by inverting the subject and had. Negatives are made with not.

USE 1 Completed Action Before Something in the Past

‘Just’ is used with the past perfect to refer to an event that was only a short time earlier than before now, e.g.