This unit is about Adverbs as used in English grammar. 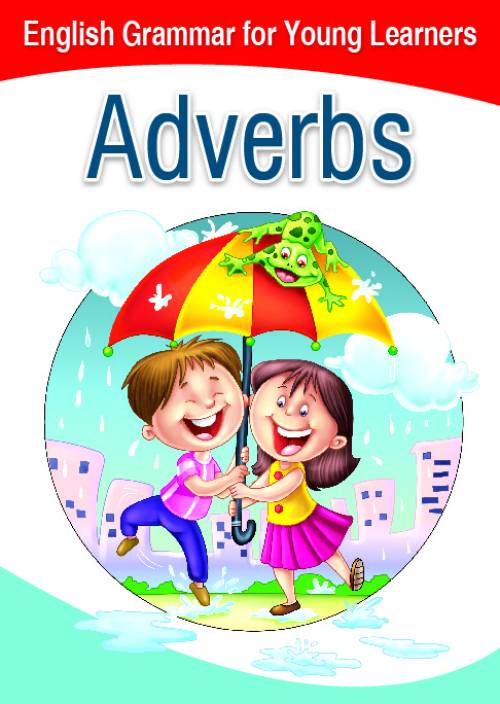 Adverbs modify, or tell us more about, other words. Usually adverbs modify verbs, telling us how, how often, when, or where something was done. The adverb is placed after the verb it modifies.

Some types of adverbs can modify other adverbs, changing their degree or precision. An adverb is a word that modifies (describes) a verb (he sings loudly), an adjective (very tall), another adverb (ended too quickly), or even a whole sentence (Fortunately, I had brought an umbrella). Adverbs often end in -ly, but some (such as fast) look exactly the same as their adjective counterparts.

Tom Longboat did not run badly.Tom is very tall.

The race finished too quickly.

It’s easy to identify adverbs in these sentences.

Here’s a tip: Want to make sure your writing always looks great? Grammarly can save you from misspellings, grammatical and punctuation mistakes, and other writing issues on all your favorite websites.
Your writing, at its best.
Be the best writer in the office.

One of the things adverbs do is modify verbs. This means that they describe the way an action is happening.

Phillip sings loudly in the shower.My cat waits impatiently for his food.

I will seriously consider your suggestion.

The adverbs in each of the sentences above answer the question in what manner? How does Phillip sing? Loudly. How does my cat wait? Impatiently. How will I consider your suggestion? Seriously. Adverbs can answer other types of questions about how an action was performed. They can also tell you when (We arrived early) and where (Turn here).

However, there is one type of verb that doesn’t mix well with adverbs. Linking verbs, such as feel, smell, sound, seem, and appear, typically need adjectives, not adverbs. A very common example of this type of mixup is

I feel badly about what happened.

Because “feel” is a verb, it seems to call for an adverb rather than an adjective. But “feel” isn’t just any verb; it’s a linking verb. An adverb would describe how you perform the action of feeling—an adjective describes what you feel. “I feel badly” means that you are bad at feeling things. If you’re trying to read Braille through thick leather gloves, then it might make sense for you to say “I feel badly.” But if you’re trying to say that you are experiencing negative emotions, “I feel bad” is the phrase you want.

Adverbs can also modify adjectives and other adverbs. Often, the purpose of the adverb is to add a degree of intensity to the adjective.

The woman is quite pretty.This book is more interesting than the last one.

“Is my singing too loud?” asked Phillip.My cat is incredibly happy to have his dinner.

We will be slightly late to the meeting.

This bridesmaid dress is a very unflattering shade of puce.

Adverbs and Other Adverbs

You can use an adverb to describe another adverb. In fact, if you wanted to, you could use several.

Phillip sings rather enormously too loudly.

The problem is that it often produces weak and clunky sentences like the one above, so be careful not to overdo it.

Some adverbs can modify entire sentences—unsurprisingly, these are called sentence adverbs. Common ones include generally, fortunately, interestingly, and accordingly. Sentence adverbs don’t describe one particular thing in the sentence—instead, they describe a general feeling about all of the information in the sentence.

Fortunately, we got there in time.Interestingly, no one at the auction seemed interested in bidding on the antique spoon collection.

At one time, the use of the word hopefully as a sentence adverb (e.g., Hopefully, I’ll get this job) was condemned. People continued to use it though, and many style guides and dictionaries now accept it. There are still plenty of readers out there who hate it though, so it’s a good idea to avoid using it in formal writing.

In most cases, an adverb is formed by adding -ly to an adjective

If the adjective ends in -y, replace the y with i and add -ly

Some adverbs have the same form as the adjective: early, fast, hard, high, late, near, straight, & wrong 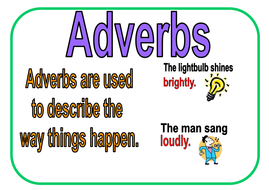 Well is the adverb that corresponds to the adjective good.

An absolute adverb describes something in its own right:

To make the comparative form of an adverb that ends in -ly, add the word more:

He smiled more warmly than the others. The more hastily written note contained the clue.

To make the superlative form of an adverb that ends in -ly, add the word most:

He smiled most warmly of them all. The most hastily written note on the desk was overlooked.

Place adverbs as close as possible to the words they are supposed to modify. Putting the adverb in the wrong spot can produce an awkward sentence at best and completely change the meaning at worst. Be especially careful about the word only, which is one of the most often misplaced modifiers. Consider the difference between these two sentences:

Phillip only fed the cat. Phillip fed only the cat.

When an adverb is modifying a verb phrase, the most natural place for the adverb is usually the middle of the phrase.

We are quickly approaching the deadline.Phillip has always loved singing.

I will happily assist you.

When to Avoid Adverbs

Ernest Hemingway is often held up as an example of a great writer who detested adverbs and advised other writers to avoid them. In reality, it’s impossible to avoid adverbs altogether. Sometimes we need them, and all writers (even Hemingway) use them occasionally. The trick is to avoid unnecessary adverbs. When your verb or adjective doesn’t seem powerful or precise enough, instead of reaching for an adverb to add more color, try reaching for a stronger verb or adjective instead. Most of the time, you’ll come up with a better word and your writing will be stronger for it.

With adverbs ending in -ly, you must use more to form the comparative, and most to form the superlative.

Some adverbs have irregular comparative and superlative forms.