This unit is about Determiners, Types and Examples as used in the English grammar. 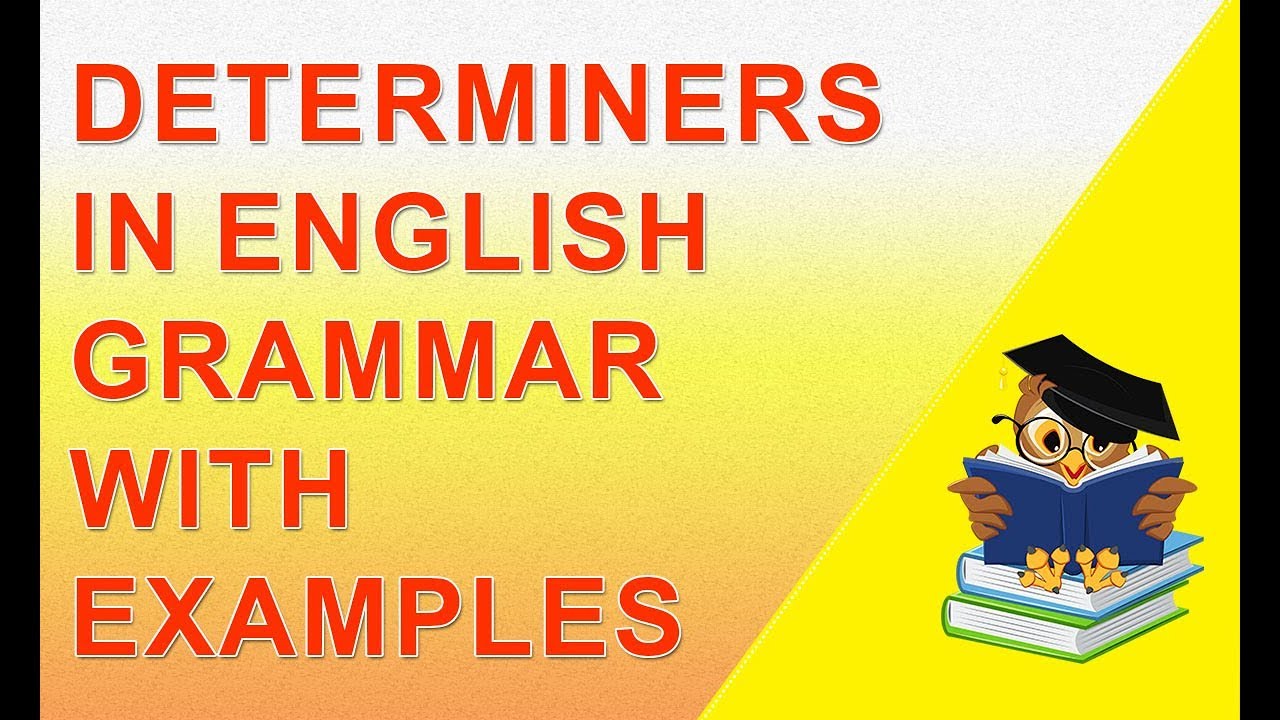 ENG: Determiners AssignmentDeterminers are words placed in front of a noun to make it clear what the noun refers to. Use the pages in this section to help you use English determiners correctly. 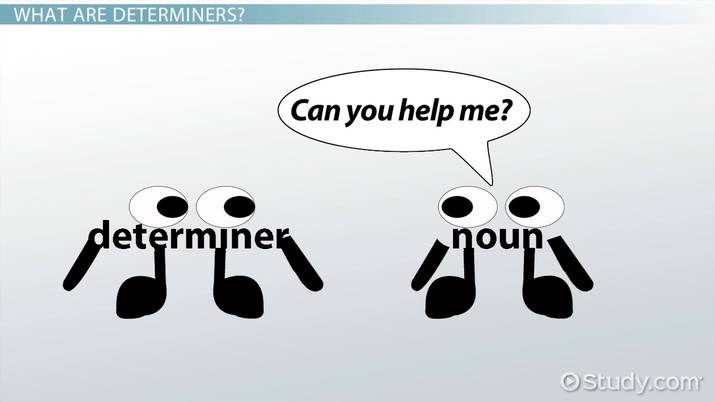 A  determiner is a word that introduces a noun. It always comes before a noun, not after, and it also comes before any other adjectives used to describe the noun.

Determiners are required before a singular noun but are optional when it comes to introducing plural nouns. For example, consider the placement and usage of the common determiner the in the sentences below:

There are four different types of determiners in English: articles, demonstratives, quantifiers, and possessives.

Articles are among the most common of the determiners. There are three singular articles: a, an, and the. Articles specify (or determine) which noun the speaker is referring to. A and an are indefinite articles and are used when you are talking about a general version of the noun. For example:

In English, the two indefinite articles are a and an. Like other articles, indefinite articles are invariable. You use one or the other, depending on the first letter of the word following the article, for pronunciation reasons. Use a when the next word starts with a consonant, or before words starting in u and eu when they sound like you. Use an when the next word starts with a vowel (a,e,i,o,u) or with a mute h.

The indefinite article is used to refer to something for the first time or to refer to a particular member of a group or class. Some use cases and examples are given below.

Use a to refer to something for the first time.

NAMING MEMBERS OF A GROUP

Use a with names of jobs.

Use a with nationalities and religions in the singular.

Use a with the names of days of the week when not referring to any particular day.

Use a to refer to an example of something.

Use a with singular nouns after the words ‘what’ and ‘such’.

Use a meaning ‘one’, referring to a single object or person, or a single unit of measure. In these sentences using “one” instead of the indefinite article is grammatically correct. It will add emphasis to the number, and contrast with other numbers.

On the other hand, the is a definite article, meaning the speaker is referring to a specific noun. For example:

Here the speaker is referring to a particular dog and a particular restaurant. It’s not a general category, but only one animal or place that’s important. When your meaning is specific, use a definite article.

The word “the” is one of the most common words in English. It is our only definite article. Nouns in English are preceded by the definite article when the speaker believes that the listener already knows what he is referring to. The speaker may believe this for many different reasons, some of which are listed below.

WHEN TO USE “THE”

Use the to refer to something which has already been mentioned.

Use the when you assume there is just one of something in that place, even if it has not been mentioned before.

Use the in sentences or clauses where you define or identify a particular person or object.

Use the to refer to people or objects that are unique.

Use the before superlatives and ordinal numbers.

Use the with adjectives, to refer to a whole group of people.

Demonstrative pronouns are also used as determiners in English. There are four of them: this, that, these and those.Demonstratives are used in a situation in which the speaker can point to the item they mean, making them even more specific than a definite article. For example:

Demonstratives can be placed before the noun or the adjective that modifies the noun.

Demonstratives can also appear before a number by itself when the noun is understood from the context.

Demonstratives can be used by themselves when the noun they modify is understood from the context. 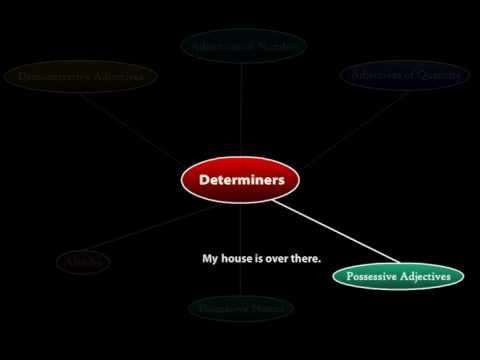 Quantifiers are determiners that indicate how much or how little of the noun is being discussed. They include words such as all, few and many. For example:

Note that all can be used with other determiners to specify which particular items are meant (i.e. all the books in this pile). In this case, the quantifier always comes before the article or demonstrative. It’s also possible to use all alone to refer to items generally, as in the second example.

As always, the determiner comes before the noun and any modifying adjectives. In English, you can use the same possessive whether the noun it references is singular or plural.

For people learning English as a second language, it’s helpful to remember a few rules:

Once you learn the dictionary definition of each determiner as you study English vocabulary, it becomes easy to select the determiner that best expresses your meaning, whether you want to show ownership, quantity or relative location.