This unit will help you to comprehensively understand nouns 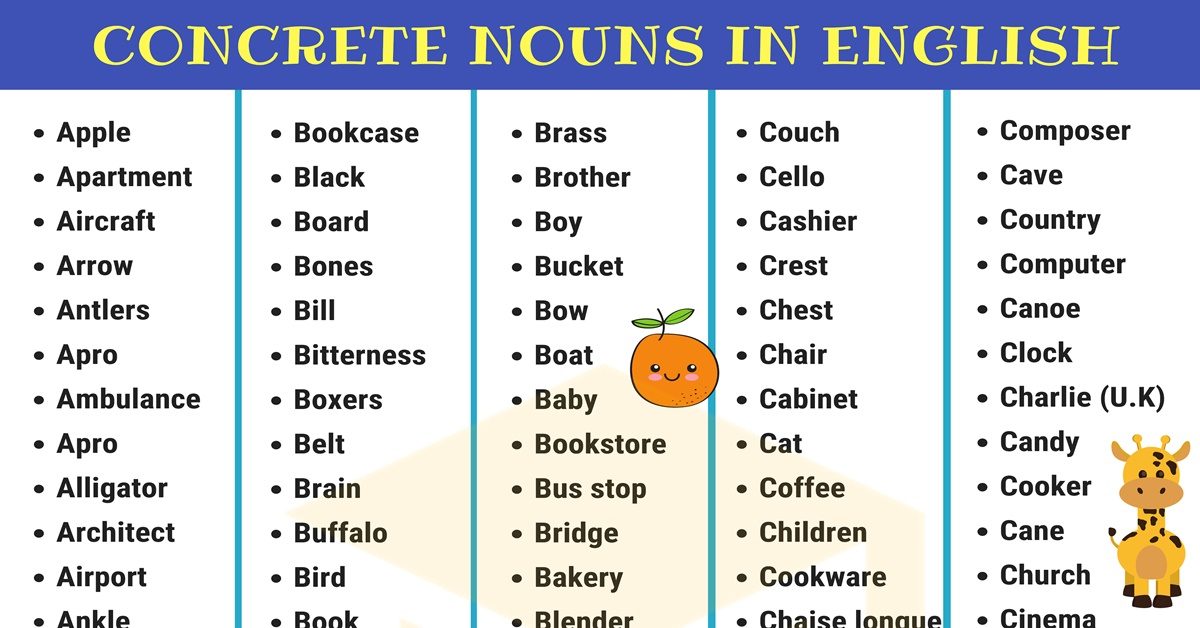 These are nouns that only exist in thought or idea but do not have a physical or practical existence, i.e. they can neither be touched nor seen.

A VIDEO ABOUT ABSTRACT NOUNS

Abstract nouns that have irregular formation i.e. they are formed differently.

Form abstract nouns from these adjectives.

Form abstract nouns from these verbs by adding –tion

Form abstract nouns from these verbs by adding –sion

Form abstract nouns by adding –ment to the given verbs.

APPLICATION OF ABSTRACT NOUNS IN SENTENCES.

This morning, our teacher got no satisfaction with our cleaning. (Satisfy)

Use the correct form of the words given in brackets to complete the sentences.

These are nouns in groups from which describe a group or collection of people, animals and things or objects. They can be categorized as follows.

A gang/ coffle of slaves

A field of athletes

A flock of sheep

A herd of animals

A swarm of bees

A team of oxen/ horses

A litter of kittens/ pupils/ rabbits

A pride/ troop of lions

A troop of monkeys

A clowder of cats

A plague of locusts

A nest of rabbits

A muster of peacocks

A gaggle of geese

A leap of leopards

A pack of wolves

A school of whales

A flock/ flight of birds/ a covey of birds

A herd of elephants/ buffaloes/ pigs

A brood of chicks

A shoal of fish

A pack of asses

A collection of wild animals –zoo

A kindle of kittens

A collection of pictures

A clutch of eggs

A bundle of sticks/ faggots

A constellation/ cluster of stars

A fight/ squadron of aero planes

A library of books

A bouquet of flowers

A chest of drawers

A bunting of flags

A clutch of eggs

A set of furniture / rooms –suite

An anthology of poems

A forest of trees

A fleet of cars / ships/shops in a line

A collection of scholastic materials- stationery

A collection of rays- pencils

A set of tools

A cluster of grapes/ nuts

A string / rope of pearls

A heap/ pile of stones

A flight of steps

A sheaf of arrows

A batch of bread

A tuft of grass

A group of islands

A collection of stamps/ pictures

When the verb is in the plural form, it suggests that there is more than one collection.

If we mean the police as a department then the verb must be singular.

The police is in control (to be)

Exercise: Complete the sentences with suitable verbs formed from those in brackets.

Complete the sentences with suitable verbs formed from those in brackets.

Parents and young ones.

Complete the sentences with the young ones of the given creatures.

Sounds made by creatures

Sounds made by objects

Complete each sentence with a correct sound.

Fill in the home of the creature mentioned.

Common gender which refers to either male or female e.g. child, teacher etc.

Classify these common nouns under these categories.

These can be classified using gender opposites.

The word number means ‘singular’ (one) or ‘plural’ (more than one)

There are different ways of forming plurals of nouns

This is typical of most common nouns

Rule:  The letter proceeded by a vowel.

The following nouns can add either ‘s’ or ves

Note; The above nouns just add‘s’ to form their plural.

The following nouns just add(s) for plural  yet end in ‘o’.

1regular formation (by adding‘s’ to the noun)

C verb plus adverb then add‘s’ at the end

Compound nouns without a hyphen.

Compound nouns with ‘one’ hyphen

Plurals of nouns from other languages

Most words that have been taken from other languages retain their original plurals.

A Form Plurals of the given common nouns

Application of Plurals in sentences.

Use the nouns given in the brackets correctly to complete the sentences.