History and appreciation of Art II

The 19th Century Painting and Sculpture in France and England

French art consists of the visual and plastic arts (including French architecture, woodwork, textiles, and ceramics) originating from the geographical area of France. Modern France was the main centre for the European art of the Upper Paleolithic, then left many megalithic monuments, and in the Iron Age many of the most impressive finds of early Celtic art. The Gallo-Roman period left a distinctive provincial style of sculpture, and the region around the modern Franco-German border led the empire in the mass production of finely decorated Ancient Roman pottery, which was exported to Italy and elsewhere on a large scale. With Merovingian art the story of French styles as a distinct and influential element in the wider development of the art of Christian Europe begins.

As the century began, the academic style favored by the official Salon still dictated the success of artists and public taste. But soon that began to change. Realists turned convention on its head to give heroic character to everyday subjects. Manet scandalized the public with his images of modern life. Impressionists tried to capture fleeting effects of light and atmosphere. 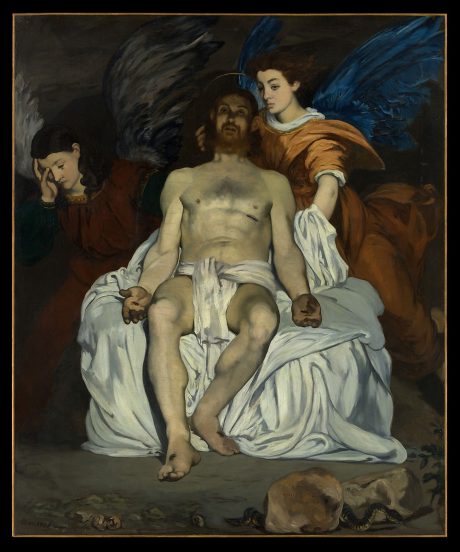 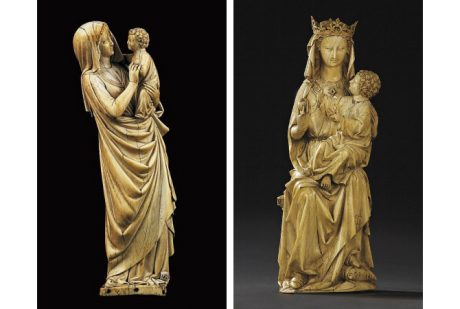 Painting in the first half of the 19th century was dominated by Ingres and Delacroix, the first continuing in the neoclassical tradition in his emphasis on linear purity, and the second championing the expressive, romantic use of color as opposed to line. Both significantly influenced a new generation of painters who sought to communicate their own personal responses to the political upheavals of their time.

For 200 years, the Academy, the School of Fine Arts, and the Salon (the official exhibition) had fostered the French national artistic tradition. But by the middle of the 19th century the academic system began to lose its relevance for the younger artists.

During the 1860s and 1870s, the artists who later became known as the impressionists concluded that the smoothly idealized presentation of academic art was formulaic and artificial. Their relatively loose, open brushwork underscored their freedom from the meticulously detailed academic manner. They were innovative in their subject matter, too, choosing motifs that did not teach or preach, such as landscape or ordinary activities of daily life, which were considered trivial or degenerate by the Academy. Often juries, dominated by academic attitudes, rejected the young artists’ paintings altogether. 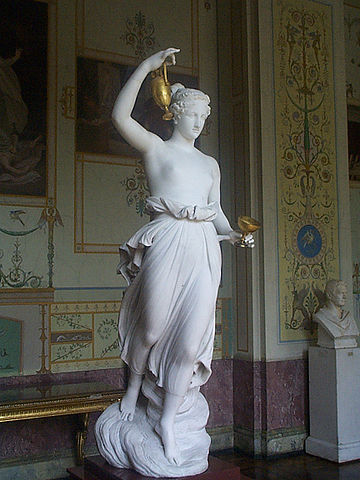 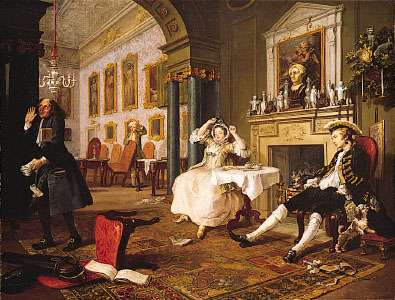 These artists thought that if their work was exhibited fairly, it would gain acceptance. They sought favorable viewing conditions such as good lighting and ample space between paintings, and they also wanted to exhibit more works than the two allowed by Salon rules. In 1874, Monet, Renoir, Pissarro, Degas, Morisot, and Sisley led a number of friends to form an association and publicly presented the first group exhibition independent of the official Salon. They called themselves “Artists, Painters, Sculptors, Printmakers, etc., Inc.” to avoid descriptive titles and pejorative epithets. Critics noted their unorthodox style, especially a work exhibited by Monet with the title Impression, Sunrise (Musée Marmottan, Paris) and sarcastically dubbed them “impressionists.” The group, which presented eight exhibitions in all, survived until 1886. By then the core impressionists were beginning to attain a degree of popular success. The exhibition strategy that had been essential to their enterprise was no longer necessary, and the group disbanded.

The audacious impressionist venture had overturned contemporary artistic institutions and freed artists to explore new forms of expression. A variety of styles arose as the impressionist movement concluded. Post-impressionism, usually associated with Seurat, Cézanne, Gauguin, and Van Gogh, was neither a style nor a movement; rather, post-impressionism was differentiated by the largely symbolic and imaginary sources of inspiration that supplanted the naturalist and realist impulses that had shaped impressionism.

The major art movements of the late 1800s influencing the directions of 20th-century art included the following.

In 1874 young Parisian artists joined in frustration over their exclusion from the official salons. The establishment and its monopoly on the art world had still retained the ideals of the Renaissance: selection of a noble subject, vanishing-point structure, the value of the work measured by its descriptive likeness to natural objects. When Monet was asked to supply a title of one of his works for a catalogue, he thought the work couldn’t really pass as Le Havre, so he said, “Use ‘Impression.'” Critics coining “-isms” for radical new forms of art became a standard procedure thereafter.Monet, Renoir, Degas, Pissarro, Cézanne, and others are known for their works’ sketch-like quality, the apparently unfinished look. These “Impressionists” set out to capture a visual impression of a scene. They painted outside instead of in studios to observe the play of natural light and colors. They selected fleeting moments instead of historical or allegorical subjects. Impressionist works seem spontaneous rather than studied and calculated.

Some soon felt that Impressionism was becoming too ephemeral, that the Impressionists’ work dematerialized the object. For the last Impressionist exhibit in 1886, younger artists’ works (Pissarro, Signac, Seurat) were hung separately for comparison of old and new styles. Seurat and Signac had developed a theory of “divisionism,” involving unblended pigment and the phenomenon of retinal afterimage. They found a scientific basis for the intuitive discoveries of the Impressionists regarding light and luminosity. They realized that color is mixed in the eye, not on the pallet. “Pointillism” became the term coined for this, a term used now for the technique, although “divisionism” was the artists’ preferred term, now used just for the theory.Georges Seurat’s Sunday on the Island of La Grand Jatte (1884-1886), which involved 38 different studies and 23 black pencil drawings, offers remarkable optical effects; includes a Renaissance perspective and a subject of urban leisure, not the spontaneity of Impressionism; and the work extends onto a border. (Sometimes Neo-Impressionists extended their technique to the frame also.) The piece is composed not really of round dots, but of minute brush-strokes, splashes of color applied with a technique Seurat called Divisionbrush strokesism. The canvas comes alive at the ideal distance: about 15 feet currently at the Art Institute of Chicago. The piece inspired the Sondheim musical of the mid-1980s, Sunday in the Park with George.

Post-Impressionism from late 1910 on became a broadly applied term covering art coming out of or reacting to Impressionism and including Cézanne, Van Gogh, and Toulouse-Lautrec.

Founded by British socialist William Morris (1834-1896), Arts and Crafts was a social and artistic movement that sought a reassertion of the importance of design and craftsmanship in the face of increasing industrialization which was seen to be sacrificing quality for quantity. The school was a goal more than a style. Arts and Crafts artists and craftspersons wanted art to be affordable for all, and to break down the hierarchy elevating painting and sculpture above other, especially more functional, forms. Art should be beautiful and functional; it should be a lived experience not just something for the affluent. There was a preference for pre-capitalist and therefore medieval craftsmanship (Morris joined his Pre-Raphaelite friends in this), an era seen as morally preferable too. Morris and others set up an anti-industrial firm, modeled on the medieval guild, where applied art objects were designed and crafted by the artists. Furniture, tapestry, stained glass, carpets, tiles, wallpaper all come out of this.Morris’ work is known for its flatness, it richness, and its complexity of design. The principles of this movement will be taken up by several 20th-century art movements.

This international style of decoration and architecture developed in the 1880s and 1890s, lasting to WWI, but going by different names in the various nations. Art Nouveau emerged in many media, trying to erase the distinction between fine and applied arts and exploring the expressive possibilities of line, form, and color. The emphasis is on the line, whether undulating, representational, abstracted, or geometric — often characterized by writhing plant forms and vines.Victor Horta (1861-1947) is known for the whiplash curves as seen in the wrought-iron staircase area in the Hôtel Tassel, originally a monument of private housing for industrialist Belgian Emile Tassel, created in 1893.

In Vienna, architects like Wagner, Hoffmann, and Olbrich, and artists such as Klimt gathered to promote the style through the Secessionist magazine Ver Sacrum. In Germany, the movement split between the decorative and streamlined design. In America architects like Sullivan and Wright were influenced by European ideas but conceived Art Nouveau in different terms, while designers like Tiffany enthusiastically embraced the movement.

Proliferation and popularity was the downfall of Art Nouveau. Second-rate imitators saturated the market and Art Deco took over.