FOR: METHOD OF WILDLIFE CONSERVATION

This unit bases on methods of conserving Wildlife

The effort to protect large predators in and around the parks should be greatly intensified. At the same time, it must be recognized that predation alone can seldom be relied upon to control ungulate numbers, particularly the larger spp such as bison, moose, elk and deer, additional artificial controls frequently are called for.

Traditionally, in the past, the National Park services have tended to dispose of excess ungulate by trapping and transplanting. Since 1892, for example Yellow-Stone National Park alone has supplied 10,478 elk for restocking purposes. Thousands of deer and lesser numbers of antelope, mountain goats and bison also have been moved from the parks. However most big game ranges of US are essentially filled to carrying capacity and the cost of continuing programme of trapping a transplanting cannot be sustained solely on the basis of controlling populations within the parks. Trapping and handling of a big game animal usually costs several dollars. Since annual surpluses will be produced indefinitely into the future, it is patently impossible to look upon trapping as a practical plan of disposal.

Shooting Excess Animals that Migrate Outside the Parks 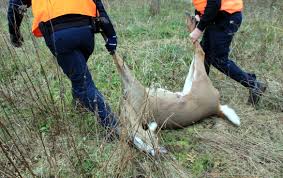 Many park herds are migratory and can be controlled by public hunting outside the park boundaries. Effective application of this form of control frequently calls for special regulations, since migration usually occurs after normal hunting dates. Most of the surrounding states should thus co-operate with the National Park service in scheduling late hunts for the specific purpose of reducing park game herds, and in fact most excess game produced in the parks is so utilized. This is by far the best and most widely applied method of controlling park populations of ungulates. The only danger is that migratory habits may be eliminated from a herd by differential, which would favour survival of non-migratory individuals. With care to preserve, not eliminate migratory traditions, this plan of control will continue to be the major form of herd regulation in National Park.

Control by Shooting within the Parks 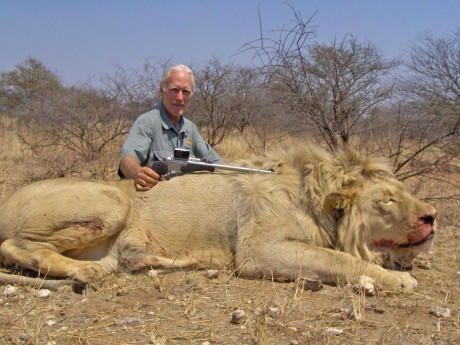 Where other methods of control are inapplicable or impractical, excess park ungulates must be removed by killing. The park policy board should make sure that such is carried out by competent personnel, under the sole jurisdiction of the National Park services, and for the sole purpose of animal removal, not recreational hunting. If the magnitude of a given removal programme requires the services of additional shooters beyond regular Park service personnel, the selection, employment, training, deputization and supervision of such additional personnel should be entirely the responsibility of the National Park service. Only in this manner can the primary goal in wildlife management in the parks realized. A limited number of expert riflemen properly equipped and working under centralized direction, can selectively cull a herd with a minimum of disturbance to the surviving animals or to the environment. General public hunting by comparism is often non selective and grossly disturbing.

The second aspect of fish and game management is manipulation of the environment to enhance or reduce the spp in question according to the need. More often than not, the wildlife we utilized is produced in ecosystems not specifically manipulated by man for its production although such ecosystem may be substantially altered by or for other human activities. In some cases, however, our wildlife harvests are derived from systems managed with varying degrees of intensity for wildlife production. 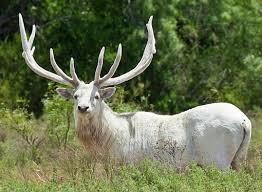 This is a manner whereby the list of animals in an area can be changed by introductions of the efforts that have been made to stock exotics species; there have been few successes due to the following reasons.

The species (spp) may become a pest or a failure because no one can predict how an animal will eat under the stress of new environments or populations interactions.

It is impossible to do pre stocking research either in area suitability or pest hazards. Deduction can only be made.

The ecological community can be disrupted, and it may not be restored by simply subtracting the problem animals.Foreign diseases and parasites of wildlife can be transmitted and may become epidemic as in Hawaiian birds.

Stocking efforts tend to be newsworthy and thus tend to detract from the needed management of native species (spp) problems. The result is a net reduction in public wildlife management involvement.

Importations are an admission of defeat in managing native populations to meet existing needs.

Exotic wildlife may not stay where it is put.

Recreational quality of a hunt may be reduced for a significant number of sports men since they can no longer choose, after successful stocking, to go into an area of only native wildlife.

Because there have been some successes, stocking of exotics is likely to continue, despite the many reasons why it can rarely be justified. In such cases, the wildlife biologist will insist upon the following minimal analysis, prior to releases.

Possible role of the new species in the new environment.

Behavior – relative to objectives of stockings.

Resistance to native diseases and predators.

Possible actions as pest or predator.

Probabilities of movement out of the target area.

Suitable control methods if they are needed.

Biostatistical methods for properly evaluating success or failure of the effort.

Primary Transplanting – the capturing of native wildlife in the field and Moving the animals directly to another site (whether previously occupied or Not).

Secondary Transplanting – the movement of the offspring taken in the field, of 10 or 20 stocking efforts into another area.

Released Game – the game released in an area prior to hunting period.

Objectives are absolutely essential for the design analysis and evaluation of all wildlife management activities. Without them, there is no direction, no destination, and no criteria for goodness or optimum performance.

The first-order objectives or goals are the broad statements of what an agency should be. They provide general guidance and direction but rarely provide the basis for determining whether a program is good or an agency is performing well. The second order objectives specify what an agency should do. These are fundamental criteria for designing and evaluating execution of the design for a law enforcement agency. The third order objectives specify acts to be carried out e. g. to make three arrests for spotlight poaching of deer. Whether or not they are achieved does not affect the 1st and 2nd orders.

To prevent wildlife populations, particularly endangered, migratory and breeding population from becoming exterminated in an area.

To protect the ecological health of habitats especially from conflicts of land users.

To assure that desired, calculated harvests are achieved.

To regulate the rate of exploitation of wildlife populations.

To assure each licensed person an equal opportunity to pursue fish or game.

To maximize the opportunities of all citizens, licensed or not, to experience benefits from wildlife.

To assist in balancing users satisfactions with expectations.