This unit talks about muscular and skeletal system of the human body.It shows different parts of the skeleton and parts of muscles. 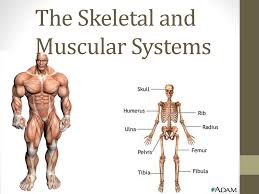 Definition of the skeleton.

Below is a virtual tour to take you through the Types of bones in the human body. You can rotate the image up to 360 degrees to see everything around it. The arrow button takes you to the next bone type, other buttons contain information and assignment on the type of bone displayed. You can also listen to the audio using the voice button below each image.

Definition of a joint:

These include: – Movable joints

Illustration of a hinge joint 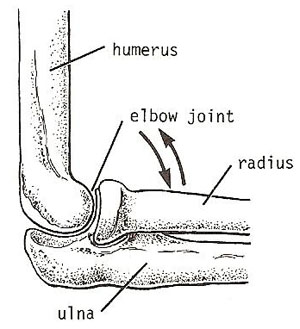 This is a type of movable joint which allows movement in one plane.

NB: They are called hinge joints because their movement is like that of a door on its hinges.

Illustration of the structure of hinge joints.

They are called ball and socket because the ball shaped end of one bone fits into a socket in the other bone.

Illustration of the structure of ball and socket joint.

Illustration of the structure of gliding joints.

Features of a typical movable joint

An illustration to show the structure of the suture joints of the skull.

Diagram showing the arm and its parts.

Examples of the involuntary muscles:

DISEASES AND DISORDERS ASSOCIATED WITH THE SKELETAL AND MUSCULAR SYSTEM.

Prevention and control of polio

Symptoms of tuberculosis of bones.

Prevention and control of tuberculosis.

Signs and symptoms of tetanus.

Prevention and control of tetanus.

Dis-orders of the skeletal and muscular system.