MPA: WHAT IS A MAP

This unit introduces the concept of maps

On a general note, the term “map” is often used in mathematics to convey the notion of transferring information from one form to another. Hence, cartographers (map makers) map or transfer information from the surface of the Earth to a sheet of paper. 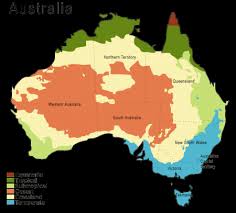 The term “map” is used loosely to refer to any visual display of information, particularly if it is abstract, generalised or schematic. A map could be understood to mean a flat drawing of a place or part of the world. A map can also be defined as a representation, usually on a flat surface, of a whole or part of an area. A map is a way of representing on a two-dimensional surface, (a paper, a computer monitor, etc.) any real-world location or object.

A map is a graphic representation or scale model of spatial concepts. It is a means for conveying geographic information. Maps are a universal medium for communication, easily understood and appreciated by most people, regardless of language or culture (Aber, URL).

Norman Thrower, an authority on the history of cartography, defines a map as “A representation, usually on a plane surface, of all or part of the earth or some other body showing a group of features in terms of their relative size and position” (Thrower, 1996). This seemingly straightforward statement represents a conventional view of maps. From this perspective, a map can be seen as a mirror of reality.

Based on the foregoing, therefore, we can say that a map portrays three kinds of information about geographic features:

Maps are produced by cartographers.  Cartography refers to both the study of maps and the process of map-making.

Maps have changed in many ways since they were first used. The earliest maps that have withstood the test of time were made on clay tablets. Maps were produced on leather, stone, and wood. The most common medium for producing maps on is, of course, paper. Map has evolved from basic drawings of maps to the use of computers and other technologies to assist in making and mass producing maps. Today, maps are commonly produced on computers, using software such as  GIS  (Geographic Information Systems).

The way maps are made has also changed. Originally, maps were produced using land surveying, triangulation, and observation. As technology advanced, maps were made using remote sensing techniques such as aerial photography and satellite imaging, which is the process widely used today. In addition, the GPS (Global Positioning System), which is used in obtaining accurate locational information about objects or features, is equally used today in the production of maps.

With the aid of modern technological innovations, maps are now produced quicker and cheaper. More so, a greater variety of maps are now produced than before; for instance, we now have digital maps. The appearance of maps has evolved along with their accuracy. Maps have changed from basic expressions of locations, to works of art and extremely accurate scientific tool.

The range of map users also keeps increasing; there are more users of map today than ever before. Judging by modern man’s increasing crave for and reliance on maps, there seems to be little or nothing the world can do without maps.